The number of new cases identified fell for the fourth week running. 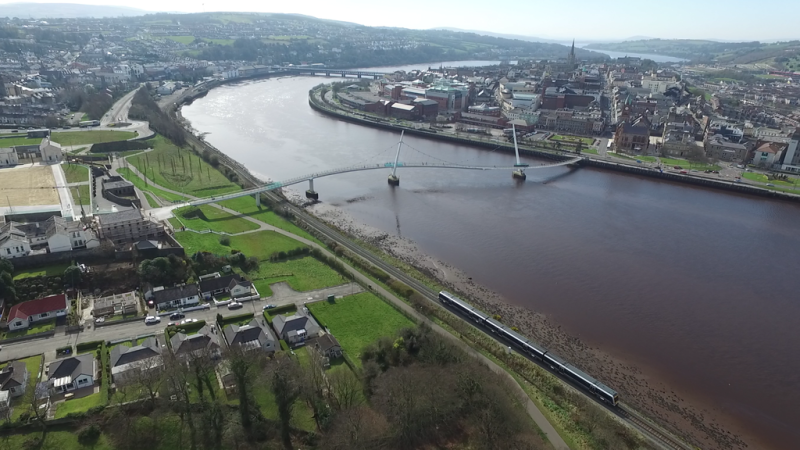 The number of new Covid-19 cases recorded over the last week in County Derry has fallen by over a quarter on the previous week's figure. 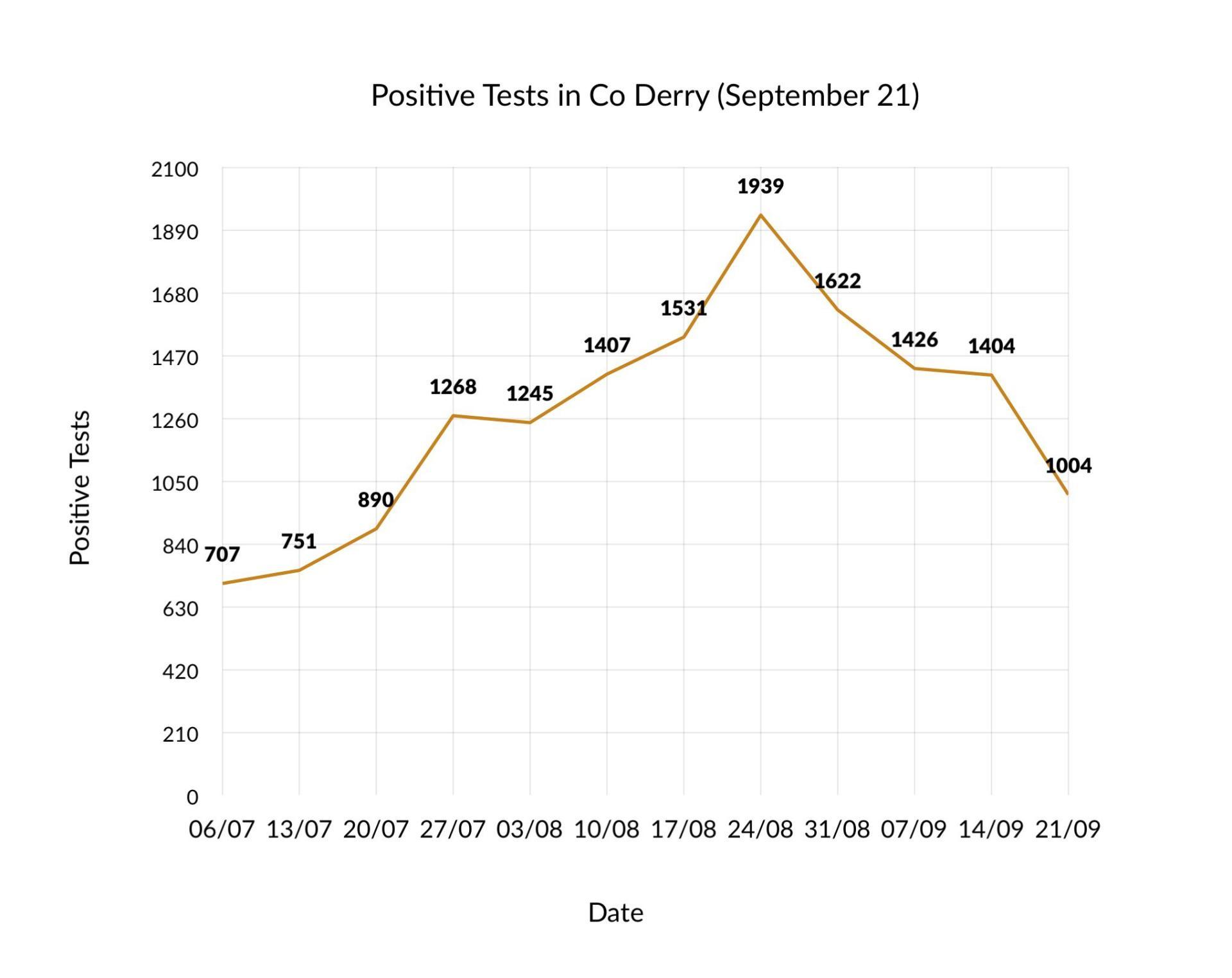 The decrease represents a fall of 28.5% overall on the previous week's figure, with the number dropping everywhere except for Magherafelt (BT45), which recorded one more case than last week. 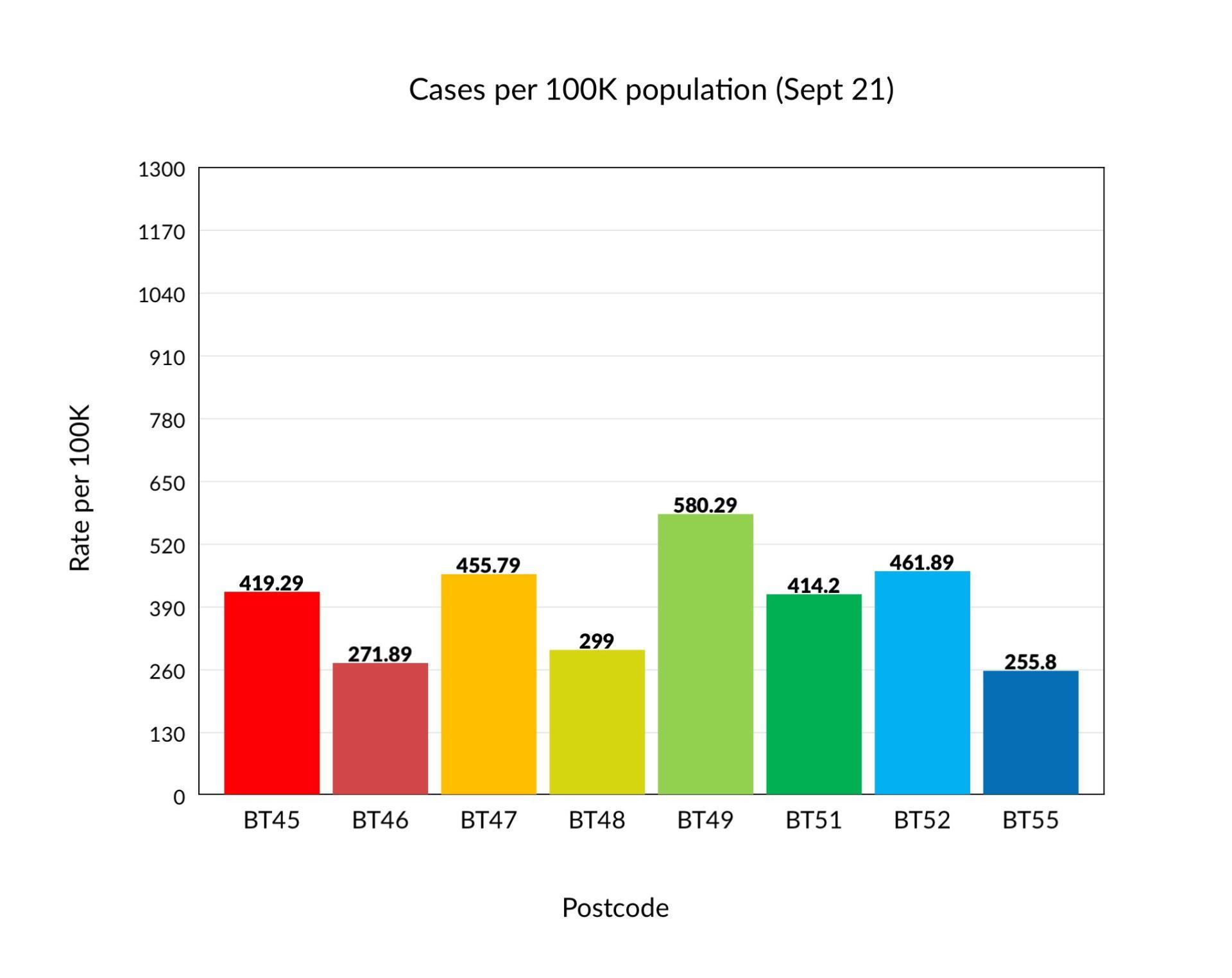 There are no County Derry postcodes in the top ten rates per 100,000 in Northern Ireland.

The percentage of people testing positive for the virus has also fallen to 7.8%, despite the number of tests also decreasing by 25.5% in the same period.

Despite the reduction in cases and rates, a further 18 Covid-related deaths were recorded over the last seven days in the county's three local government districts. 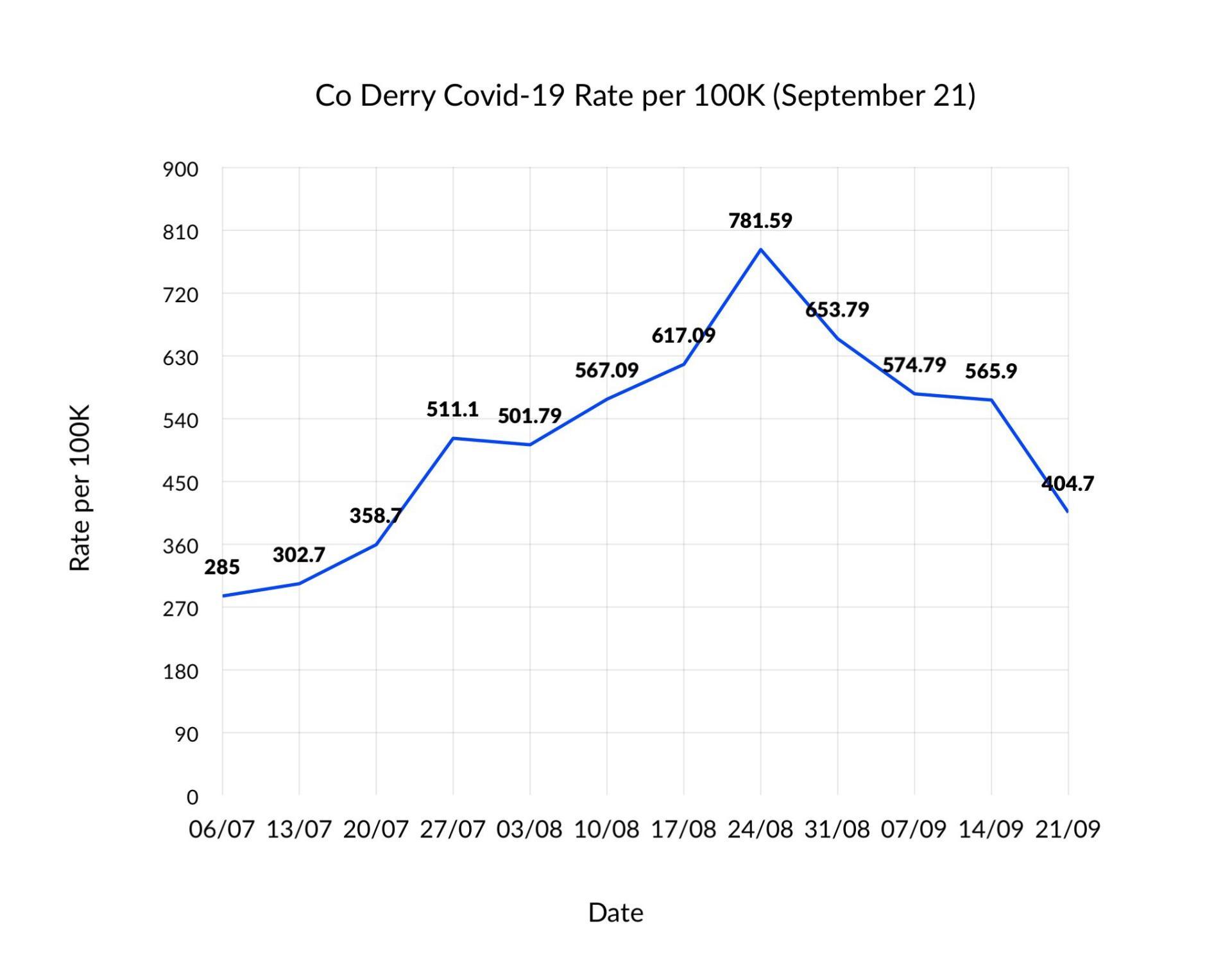 The highest number (8) were recorded in Causeway Coast and Glens, while there were four deaths in Derry City and Strabane and six in Mid Ulster.

A further fall in inpatients being treated for Covid-19 in the area's hospitals was also recorded, with 74 Covid patients now in hospital across Altnagelvin, Antrim Area and Causeway hospitals.

Mr Atherton said the Department were preparing to 'disregard the wishes of parents'.