A refund arising from the incident took over a month to process. 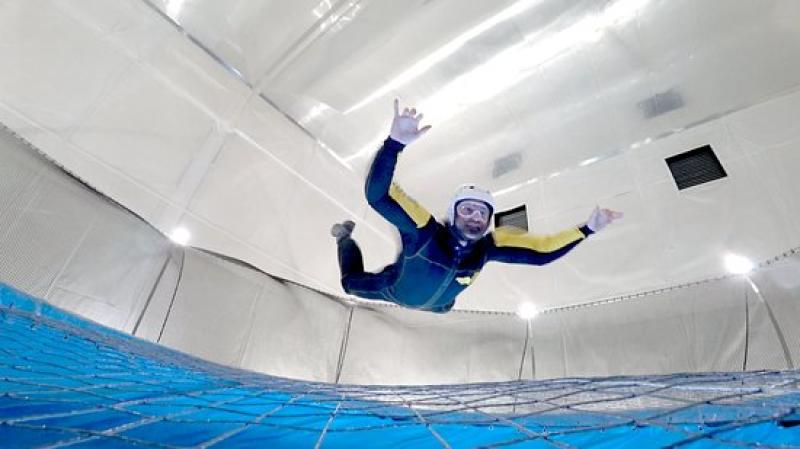 A County Derry pensioner whose grandson's trainer was shredded in the machinery of a Belfast sky diving experience has had to wait over a month for a promised refund.

Rosemary McLaughlin's grandson was left traumatised after his trainer flew off and was destroyed in the machinery of a sky diving experience at We Are Vertigo, Belfast.

The Greysteel pensioner, who is registered blind, contacted the County Derry Post to voice her displeasure that a promised refund had still not materialised over a month after the incident.

Due to her eyesight, Ms McLaughlin was initially unaware of what had happened and had begun to panic.

“They'd shown a safety video and given them the helmet and glasses, but after we'd queued up and it was his turn, I heard all the spectators roaring,” she said.

“They had put him in the machine and his trainer had come off, flew up through the safety net and into a fan, which completely shredded the trainer.

“He was so upset, because he had just bought them with his Holy Communion money the day before. I didn't know what had happened; I knew it was something to do with my grandson, but I couldn't see.

“One of the spectators told me, and I was really upset. They brought the wee boy back and left him standing with me and went away again.

“They were more interested in ringing the operations manager to get the machine up and running again than try and console him or anything.

“I complained about the loss of the shoe and they said there was nothing they could do. They offered a free ride, but he was traumatised and didn't want to do it.

“I tried to console him and they said they'd send me out a refund for the £45. I sent different emails back and forward and the last offer was that he could get in free to the sky diving next year.”

To make matters worse, Ms McLaughlin's grandson then had to walk in his sock soles to alternative premises to arrange a taxi back to the hotel.

“They never offered to get us a taxi; at this stage the wee boy was running around with one trainer on him,” she said.

“They knew I was blind, because I had dark glasses on and a lanyard saying I was blind, but I had to walk from there into another place with him in his sock soles in the rain to ask them to ring me a taxi.

“They tried to palm us off with a voucher, but I really think they should have made a gesture towards his trainers too.

“That net should be big enough so nothing goes through it. All I wanted was my money back; the £30 I overpaid for the inflatables and the £45 for the two minutes of sky diving.”

A spokesperson for We Are Vertigo confirmed the company had since refunded the money Ms McLaughlin paid for the experience.

“Following further correspondence between Ms McLaughlin and the operations manager, we can confirm a full refund has since been processed for her grandson’s skydive,” they said.

“The safety of our customers is paramount and before any indoor skydive takes place, all participants are asked to watch a safety video demonstrating key safety procedures.

“This is repeated in person by the skydive instructor, who will also check all protective clothing supplied by We Are Vertigo, including the flight suit, goggles and helmets, to ensure all items securely fit the participant.”