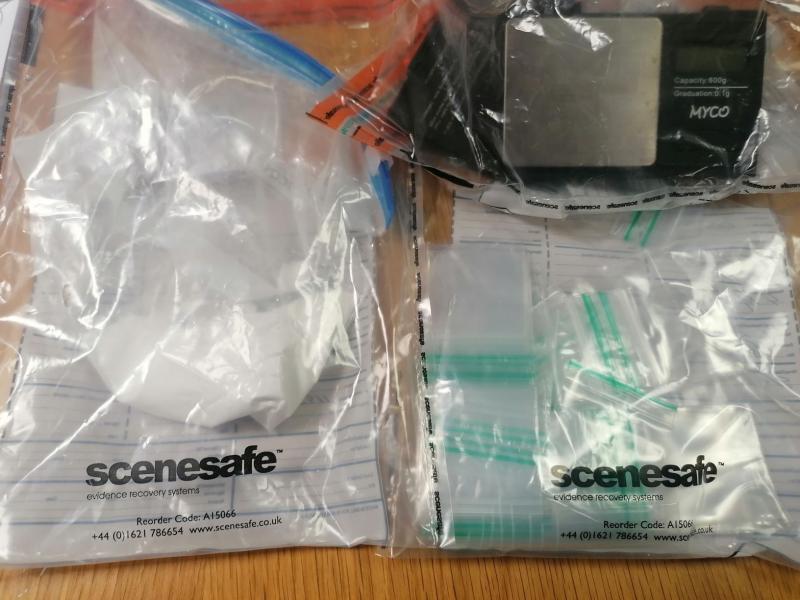 The suspected cocaine seized by police in Derry yesterday.

A man was arrested in Derry after police seized suspected cocaine with a street value of £1,000.

The 21-year-old was detained when policed stopped a vehicle in Winchester Park in the Kilfennan area of the Waterside at around 3.00pm yesterday.

In a follow up search of a property on Foyle Road on the cityside, police found a quantity of suspected cocaine with an estimated street value of £1000.

The arrested man has since been released on bail pending further enquiries.

A PSNI spokesperson said: “With the continued help and support of the public, we are committed to removing drugs from our streets and putting those responsible before the courts.

“I would appeal to anyone with information, or concerns, about the use or supply of illegal drugs to contact us on 101.”

Alternatively, information can be provided to the independent charity Crimestoppers on 0800 555 111, which is 100% anonymous and gives people the power to speak up and stop crime.