Golf's Open Championship to return to the north coast

Local representatives have welcomed the return of the competition in 2025. 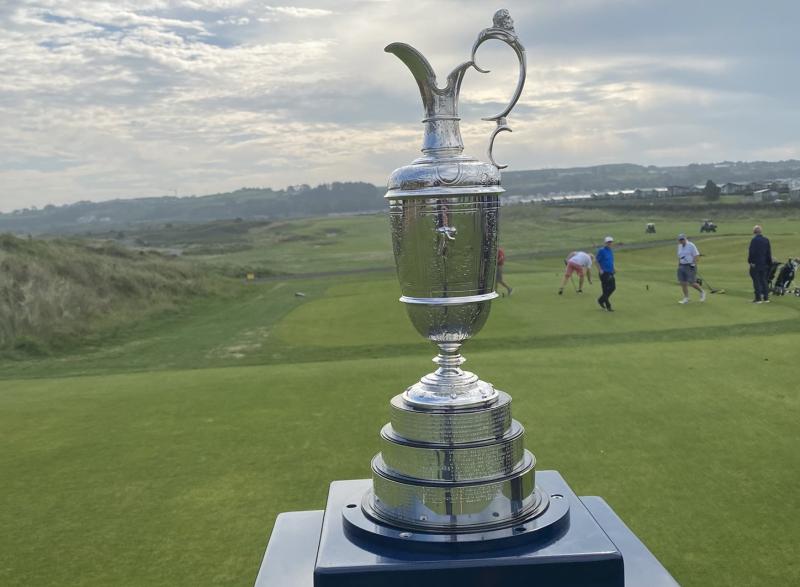 Golf's Open Championship is set to return to the north coast in 2025.

The Royal & Ancient Golf Club at St Andrew's (R&A) has confirmed the competition will return to Irish soil for the second time inside six years following the staging of the Open at Portrush in 2019, where Offaly golfer Shane Lowry took the title.

Royal Portrush holds a special place in the Irish golfing landscape, as the traditional home of the North of Ireland Amateur Open.

"The fact the R&A have committed to bringing the Open back to Royal Portrush so quickly, shows what a great success the 2019 Open was," he said.

"With Ireland also to host the 2027 Ryder Cup at Adare Manor, Irish golf is entering an very exciting era with these truly global golf events on the horizon.

"The selection of Irish venues is a testament to the esteem in which Irish golf and Irish courses are held.

“It has been an wonderful week for Irish golf, with this very welcome announcement coming just days after Leona Maguire’s terrific performance at the Solheim Cup."

Local representatives have also welcomed the return of the competition to the area. East Derry MP Gregory Campbell said it was a 'proud moment' for the area.

"The 148th Open at Royal Portrush generated more than £100 million of economic benefit for Northern Ireland and made history as the largest sporting event ever to be held in Northern Ireland," he said.

"I congratulate the team at Royal Portrush along other key stakeholders who made the event such as success and making sure that the Open returns so quickly to the area."

No better location to showcase the sport and Northern Ireland than the stunning dunes of @royalportrush. ⛳ #TheOpen2025 #NorthernIreland #Portrush #golf pic.twitter.com/nIxM1mvoDc

Mr Campbell also called on Infrastructure Minister Nichola Mallon to prioritise the A26 dualling in the lead-up to the competition.

"I recently wrote to the Roads Minster to highlight the need for further investment into our road network in the lead up to the next Open," he said.

"With this announcement I hope she will recognise the importance of this need. The dualling of the A26 needs to be prioritised by the Minister to make sure we maximise the potential from having such a world class event in Northern Ireland.

"The Tourist Board need to also maximise this golden opportunity to showcase Northern Ireland to the world."

"It is incredibly exciting that the Open is set to return to Portrush in 2025. It will be a huge boost to people in the North Coast area and the North as a whole," she said.

"As we emerge from the difficult coronavirus pandemic it is heartening to see events like this return, I know this is something that people will already be looking forward to.

“The last Open brought huge economic benefits to the area, with hundreds of thousands of tourists visiting and staying in our accommodation and spending money in our shops, restaurants and bars generating millions in revenue for local businesses.

"As a tourist area the North Coast has been hit particularly hard by the pandemic, I hope this event will signal to businesses and visitors that there are better days ahead for this entire area.

“With this being the second Open to be held in quick succession based off the huge success of the last championship, I hope that we can look forward to this event returning to Portrush on a regular basis.

"If that is to be the case then we need to explore how we can best work with the Open organisers to market this area as one of the homes of the Open and indeed golf on these islands.

"The potential tourism interest and economic benefits for this area could be truly transformative, especially as the North Coast has been neglected all too often in recent years.”

Councillors voted to consult with the LGBTQ groups and the campaigner's family.

Local artist Sara Cunningham-Bell is behind the structures.