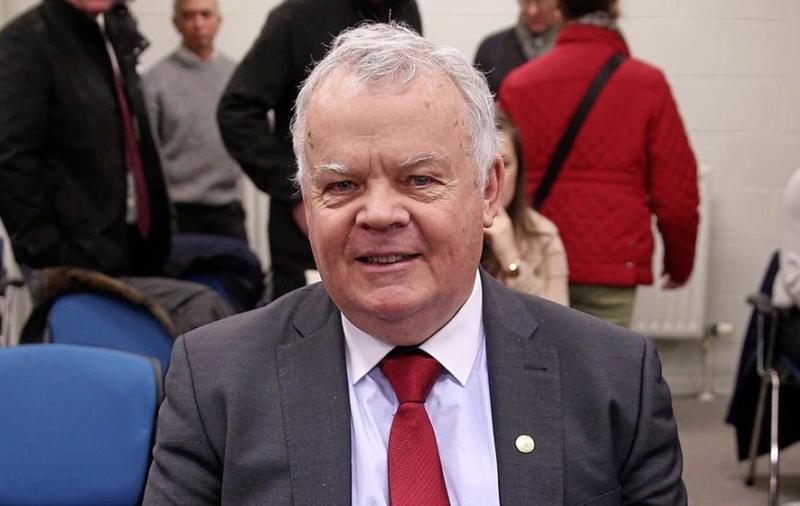 The Department of Infrastructure (DfI) has said it has issued an apology to Causeway Coast and Glens Borough Council over an incident concerning car parking charges in Limavady during a loyal order parade in August.

The issue has now also led to a verbal spat between SDLP MLA John Dallat and DUP MP Gregory Campbell.

The news came to light after a letter from DfI Permanent Secretary Katrina Godfrey wrote a letter to SDLP MLA John Dallat in response to queries he made on the issue.

The DfI letter states that they received correspondence from the DUP MP for East Londonderry, Gregory Campbell “expressing concerns about the practicalities of applying normal parking restrictions” in Limavady during the Royal Black Preceptory (RBP) parade on Saturday, August 25.

In another section, the letter also says: “Separately, the Department also received an approach from the PSNI advising that vehicle movement was likely to be heavily restricted at times during the day due to the RBP parade and suggesting that the Department may wish to consider redeploying the traffic attendants normally covering Limavady. Following consideration of the points made by the PSNI, the Department took the decision not to deploy the Traffic Attendants to Limavady that day.

“It did not however suspend parking tarriff's and parking was not free. There was also no public announcement that Traffic Attendants were not being deployed.”

However, John Dallat MLA says the letter from DfI doesn’t give a satisfactory explanation of the situation.

He said: “It doesn’t explain why car park attendants were withdrawn other than to facilitate people not paying and thew fact that a DUP Councillor then advertised the fact on social media meaning car parking would be free because there were no car parking attendants.

“The involvement of the local MP Gregory Campbell and the promotion of the fact that attendants were withdrawn demands an explanation from them.

“This explanation raises more questions than it provides answers to and still hasn’t identified who took these decisions in the absence of any consultation with the local council who own the car parks.”

In response to Mr Dallat’s comments, Gregory Campbell told the County Derry Post: “I was approached by a number of people who were going to be at Black Saturday and on the basis that there would be a large number of people there it would be appropriate to suspend normal car parking rules-for example if someone would be parked on a single yellow line for 40 minutes instead of 30 minutes.

“The same logic would be acceptable if there was a fleadh in the town or a major sporting event. It was to take a common sense approach to parking as there was around 10,000 people in the town. I then received a letter to say the organisers of the parade should approach the people in charge of car parking.

“My concern about this is now that Mr Dallat is now taking this approach because it was a RBP event. My question is would he be taking the same interest if it had been another event on the same large scale? If he didn’t then people would be justified in thinking he was singling out a loyal order parade and make their own conclusions on that.”

The letter from the DfI Permanent Secretary continues: “It is worth explaining that only local councils, in this case Causeway Coast and Glens Council, have the authority for deciding whether or not to suspend car parking tariffs in Council off-street car parks.

“Additionally, all drivers are expected to comply with Council off-street car park rules, including paying tarriff's, whether or not  parking enforcement is being carried out. “However, I do accept that the Council should have been consulted on the decision not to deploy Traffic Attendants; this did not happen and we recognise this was an oversight on our part.

“We have written to the Council to apologise and are in discussions with colleagues from the Council to explore appropriate compensation arrangements for any loss of revenue in this case.”

A spokesperson for the Causeway Coast and Glens Borough Council told the County Derry Post that they would not be commenting on the issue.