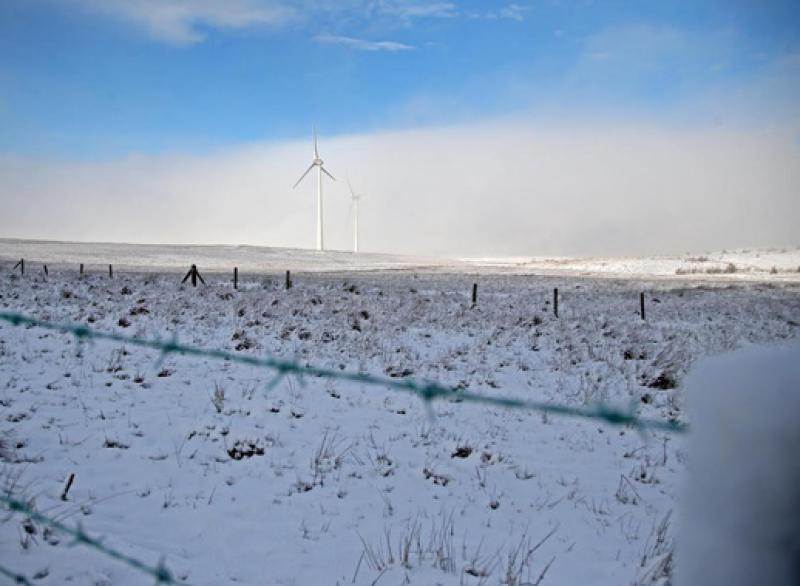 Tonight's North West Senior Cup final between Limavady United and Institute, due to be played at the Limavady Showgrounds, has been called off. The decision follows a pitch inspection by the referee who declared it unplayable. The North is currently in the middle of a cold snap. Photo shows snow on the hills next to the Coleraine to Limavady road. Pic Steven McAuley/McAuley Multimedia
ADVERTISEMENT - CONTINUE READING BELOW