Relationship between SDLP and Fianna Fail outlined in Belfast 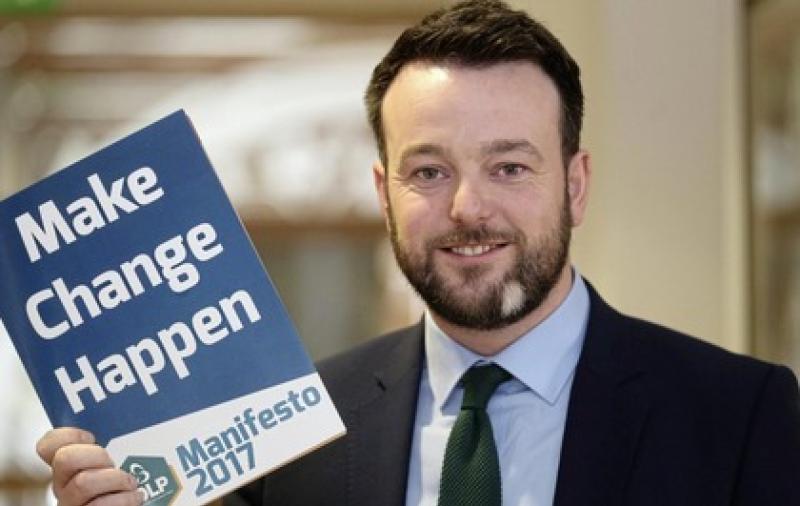 The SDLP and Fianna Fail outlined the nature of their future relationship at a joint press conference at Atola House in Belfast this morning.

Long-term speculation that the announcement would involve a merger of both parties has proven to be unfounded as both Colum Eastwood and Michael Martin instead pointed to co-operation based on on policy ideas and public engagement.

On the issue of a potential future merger Mr Martin said: "This is not predominantly about labels or parties.

"The middle ground in Northern Ireland are looking for a new approach to politics, to make Northern Ireland work within the contact of the Good Friday agreement-that is what people want. This is the best approach to try and make politics work, certainly over the next number of years."

Mr Eastwood said that a year long period of discussions between himself and the Fianna Fail leader had boiled down to a focus on three key areas-a move away from the failures of political practice in Northern Ireland, a focus on delivering key public services and a uniting the Irish people through reconciliation.

However, both leaders said the immediate problems facing people on both sides of the border is the both the outworking of Britain's departure from the European Union and the ongoing political stalemate at Stormont.

Mr Eastwood said: "Those early  conversations started as a direct result of the Brexit referendum and the collapse of the institutions in the north. Our engagement since then has always focused on how we can collectively respond to the change that the politics of these islands are currently experiencing.

The SDLP leader did admit that the partnership would be difficult for some of the membership to accept.

"I know and accept that this partnership may be uncomfortable for some in both of our parties. Unlike some other political parties, I respect and value healthy discussion and disagreement. This is a big change and big step in the history of both our parties and such change is never easy."

It was notable that the SDLP MLA Claire Hanna, the party's Brexit Spokesperson, was absent from the press conference in Belfast. Ms Hanna has previously publicly expressed her opposition to an alliance between both parties.

In terms of joint ventures between both parties Mr Martin said: "We will bringing extra capacity and endeavoring to help and assist in terms of electoral capacity and political know-how.

"We have a really well resourced approach in terms of electoral strategy, we want to share that with the SDLP. Collectively, we are stronger."

The Fianna Fail leader said he supports the SDLP policy of taking its Westminster seats in keeping with the Good Friday Agreement. He also took a verbal swipe at Sinn Fein over their policy of abstention in the House of Commons.

"Sinn Fein haven't abstained from Westminster. Sinn Fein takes the salaries, takes the funding, takes the offices, it's utter hypocrisy. My view is that if you genuinely don't want to go to Westminster then abstain from it and don't contest the election. Don't participate, that's the honest thing to do.

"To make sort of public gestures about 'we are abstentionists from Westminster but please pay me my salary, please pay my me expenses, please allow me to have offices funded by the British treasury', that to me is utter rank hypocrisy," he said.

Colum Eastwood said that work on areas of common ground wold begin straight away and added: "Our parties are determined to work together to try and change the failure our politics lie frozen in.

"We will not do so by gestures or gimmicks or through photo opportunities.

"Instead we will do it through a focus on policy and issues, not party or sectarian positioning.

"Both the SDLP and Fianna Fail have agreed to work in partnership on an unprecedented program of public engagement in Northern Ireland which can help frame an ambitious and practical agenda for the future of this island and our people."

The SDLP leader also said his party's relationship with Fianna Fail would "evolve."

"We have the time, we are not predetermining the outcome," he said.