Local couple to spend wedding anniversary on opposite sides

Seamus Keenan and his wife - Galway native Mary - are celebrating 21 years of marriage this weekend. 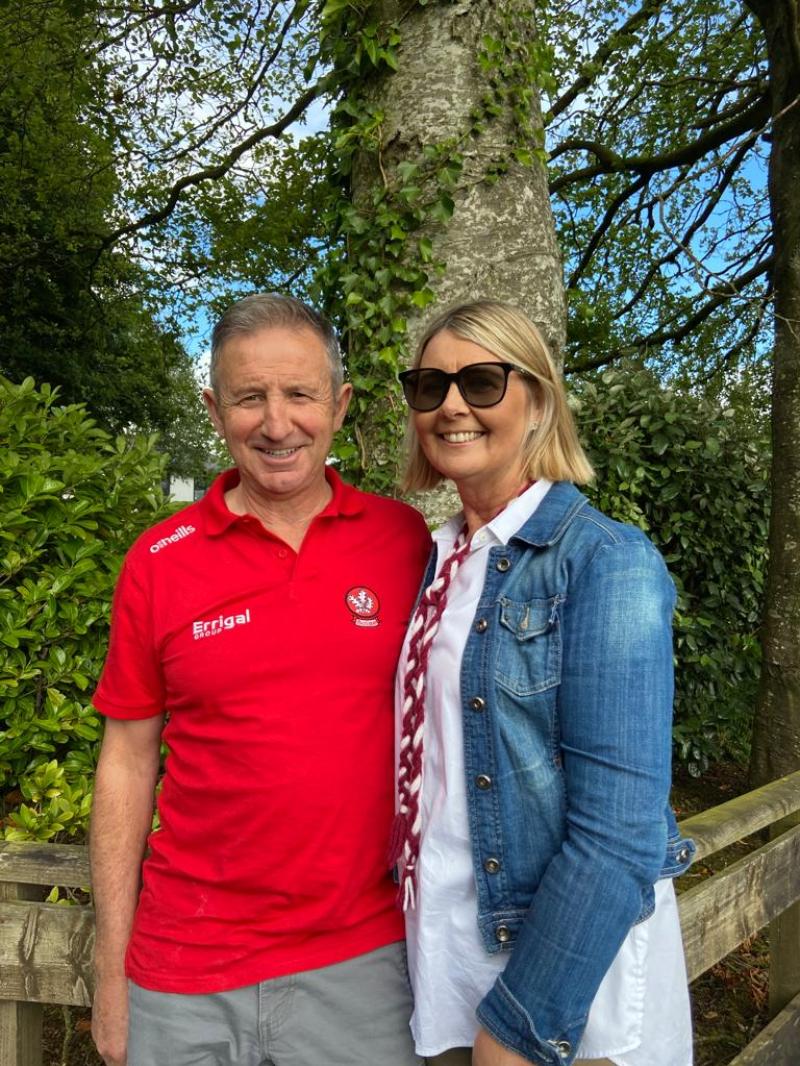 Seamus Keenan and his wife Mary (nee Fahy) who is from Galway will celebrate their 21st wedding anniversary on Saturday in Croke Park.

A young Seamus Keenan made his way from Castledawson to Ballinasloe in County Galway on July 9th to marry his sweetheart, Mary Fahy.

21 years later to the day on Saturday, the happily married duo will spend their wedding anniversary in Croke Park watching their respective counties go head to head again in an All Ireland semi-final.

Seamus was managing the Ulster Club in San Francisco at the time the couple first met. He and his brother Ciaran were both living there and both playing football. A shoulder operation forced Seamus from the field to the sideline as manager and so that's when he caught Mary's eye.

“We met in San Francisco after a football match. I was with my friends from Galway at the match and Seamus was actually managing the team. He was giving bad manners to the referee and I remember noticing him that day,” laughed Mary.

Eventually the young couple came back to Ireland and lived in Belfast for a while before getting married in 2001. Seamus explained how the Derry-Galway pairing in Aughrim wasn't the only match up that year. 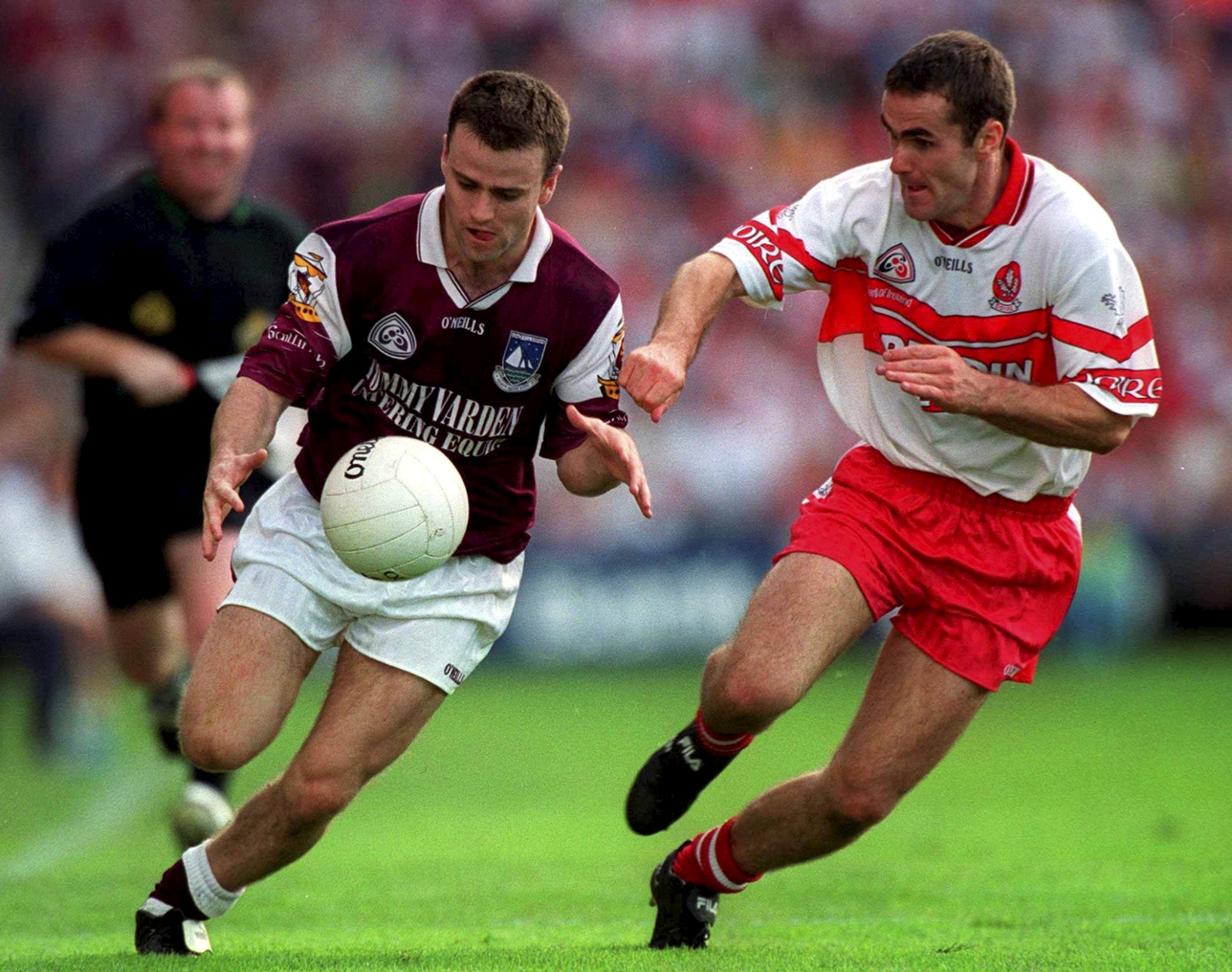 “We got married on the 9th of July so after the wedding in Aughrim, the reception was in Galway City. Then very quick after that, just a few weeks later Derry ended up meeting Galway in the August in the All Ireland Semi Final.

“You know I remember I was so sure Derry would beat Galway that day. We were a team that was improving, a bit like the current Derry side, and we wouldn't have been fancied but we were coming good at the right time.

“Galway had the current manager, Pauric Joyce, the Meehans, the Clancys – but we had McBride, Tohill, McFlynn, Dermot Dougan, Enda Muldoon, boys like that and I was just sure we could do it.

“That's how fine the margins were – if we had beaten Galway I think we would have went on to win an All Ireland that year, the way Galway did. I also think they'd have won maybe a couple more as well – that side was such a young side and with so much talent,” said Seamus.

“But of course that's how it goes, Galway won it and they all went on to be household names with the All Ireland medal in their pocket.”

Seamus hasn't forgotten the defeat and thinks Derry have a couple of scores to settle.

“We owe Pauric Joyce a couple now at this stage. We owe him for 2001, for Owenbeg earlier this year and for throwing the Roscommon game in the League there,” grinned Seamus with a look of devilment to his wife. 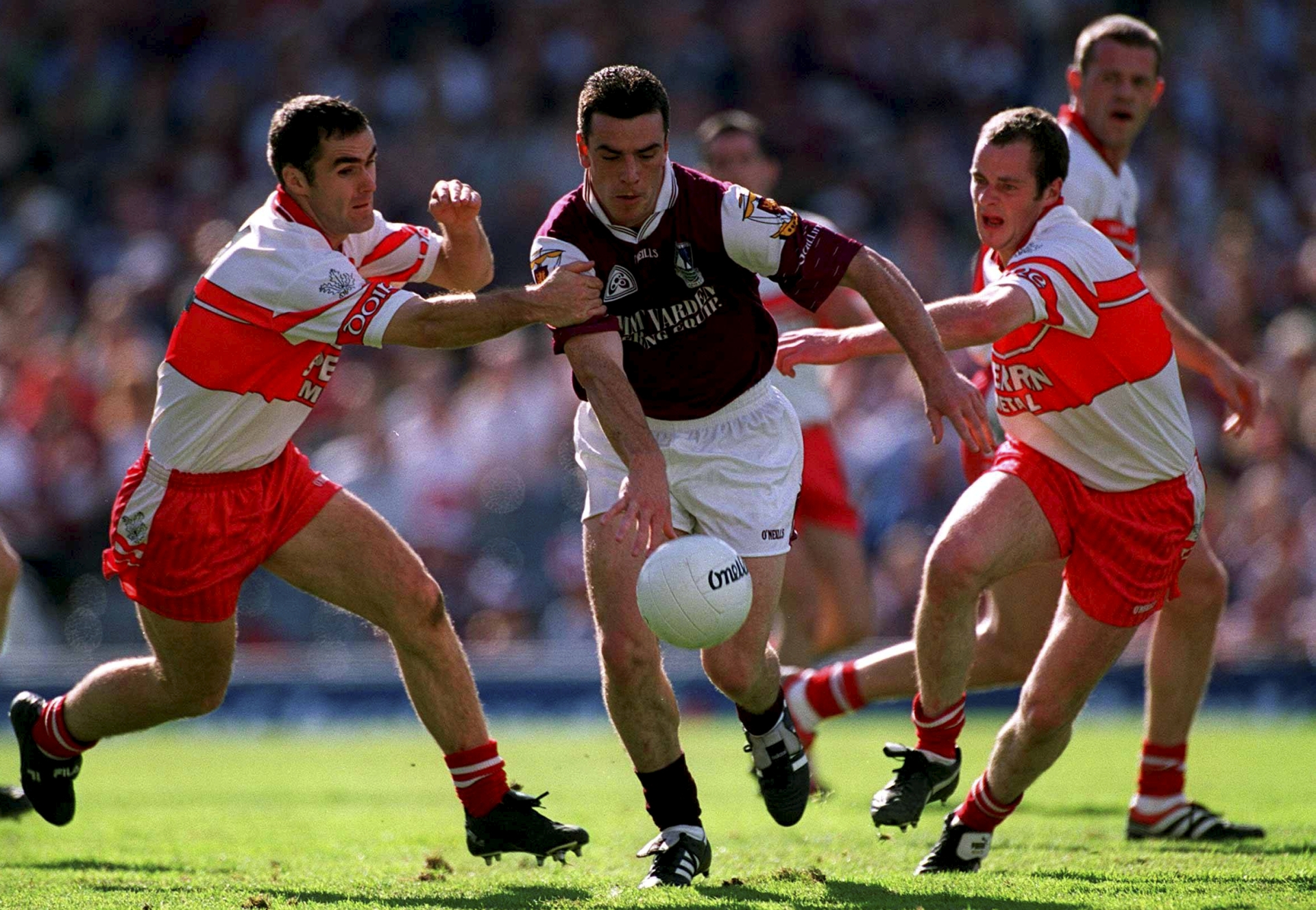 Mary was quick to jump in and defend the Tribesmen. “I'm away from home over 30 years now, but Galway is always in my heart. When I hear Galway mentioned, particularly hurling, then my heart just lies to that.

“I'm quietly confident that Galway will come out on the right side of it this weekend,” smiled Mary.

“I know the scenes at the end of the Armagh game I suppose took a bit of the good out of it for me, but I guess that's football. They shouldn't have gone in the same tunnel for a start, and also the penalties are cruel. I don't like them and I don't think they should be used to decide a game.”

Seamus is a brother of the current Derry County Chairman, John Keenan and so there is added interest in Derry camp's progress.

“It's really special to have John there in the county chair at this time. You know it's very special for our entire family," he said. 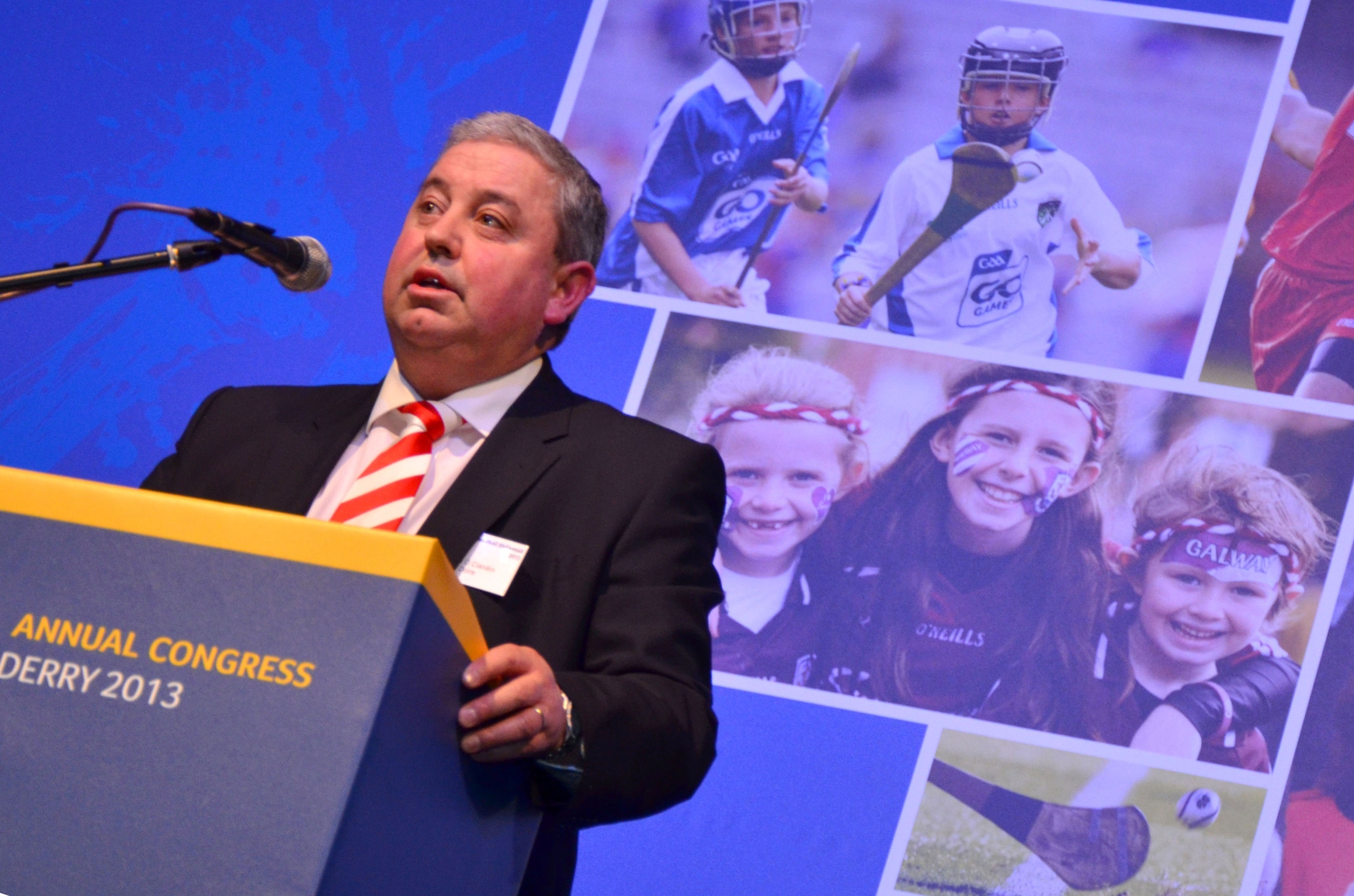 John Keenan addresses Congress in 2013 and his nephew and nieces were in the pictures in the background fully dressed in Galway gear. Pic by Mary K Burke

"Our father died a long long time ago and he played for Derry himself in the 1940s and so the family have been long involved with Derry. Our mother just passed away a few years ago and she got to see John as chairman in his first term in the chair.

“John as a county chairman is totally invested in Derry. He lives and breathes it and it means so much to him. It is a magic time for Derry and hopefully no matter what happens, we are in ten times a better place than we were a few years ago. We can compete with anybody next season and we are ready for it – even Galway!” winked Seamus.

The Craigbane man recalls the heartbreak of losing in 2001.

Ahead of Derry's clash with Galway Mary K Burke met up with former Derry defender Fergal Crossan who spoke candidly about family tragedy, football and his memories of Derry's last All Ireland semi-final against Galway in 2001...

Mary was pragmatic about their romantic anniversary weekend being postponed for the game.

“Seamus had us booked out for dinner and a nice weekend planned in Donegal but sure we couldn't miss Derry and Galway, and so that's all cancelled.”

Romance isn't dead for Seamus and Mary - just postponed until after the weekend as Mary quipped - “We will hold hands for the first half anyway, and then see how it's going after that, and may the best team win!”