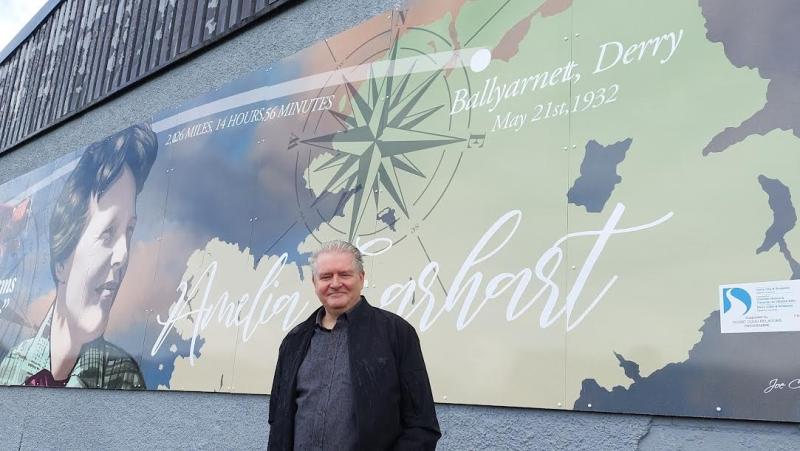 The first public artwork marking the historic landing in Derry by Amelia Earhart was unveiled in the city this afternoon.

The mural, created by Joe Campbell, is located on the gable wall of the Eurospar store (Galliagh Co-Op) at the entrance to the newly-opened Galliagh Community Centre in the Galliagh area of the city.

Earhart became the first woman to fly solo across the Atlantic Ocean when she landed in Ballyarnett on May 20, 1932.

Commissioned by Community Restorative Justice North West (CRJ-NW) and funded by Derry and Strabane District Council's Good Relations Programme, it is hoped that the artwork will act as a positive and inspirational community asset enhancing the fabric of the area, commemorate a momentous event in local history, and act as a catalyst for community pride locally and across the city.

The unveiling is one of a number of events organised by Shantallow Community Arts marking the 90th anniversary of the historic event.