Manus Deery remembered on the 50th anniversary of his death 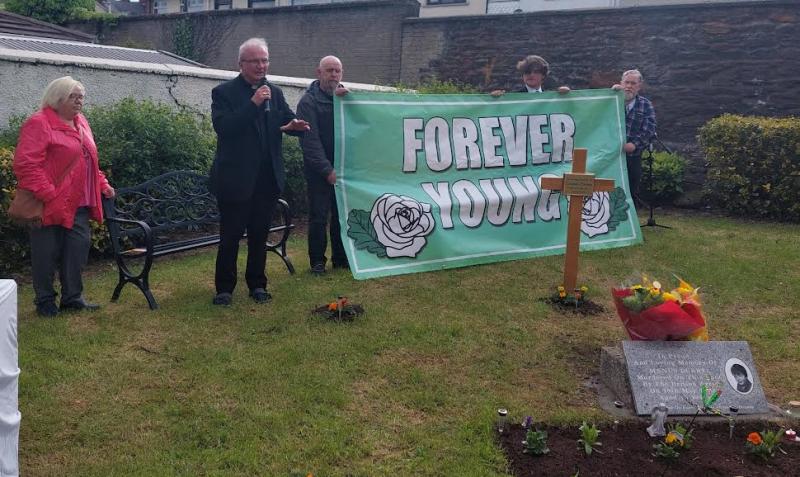 Bishop Donal McKeown speaking at the opening of the memorial garden dedicated to Manus Deery.

A memorial garden dedicated to a young Derry boy shot dead by the British Army was opened in the Bogside area of Derry this evening on the 50th anniversary of his death.

Manus Deery was shot dead by Private William Glasgow, who died in 2001, as he walked in the Westland Street area of the Bogside on May 19, 1972.

He had just started working after leaving St Joseph's Secondary School and was eating a bag of chips and carrying a comic in his back pocket which he had bought with his first wage packet.

At the time, the British Army claimed they had shot a 17-year-old gunman. It took 45 years for an inquest to declare Manus was totally innocent.

Speaking at the opening of the memorial garden, veteran civil and human rights campaigner, Eamonn McCann, told those present 138 children under the age of 16 died during 'The Troubles.'

He added: “No cause can justify the death of children. These weren't combatants, these weren't people marching out to pursue a cause, there is no heroic narrative that includes these chlldren because there was nothing heroic about the way they died or the people who killed them.

“It is absolutely right that there should be this garden here to remember, not just Manus, but all the children killed in this area whose lives were taken from them in the course of 'The Troubles.'

“Every time we walk by here, I hope in the future, the thought will enter our minds that here is a memorial to the innocent victims of 'The Troubles,'

“It is very appropriate this garden is in the heart of the community. There is nothing grand about it and there won't be anything grand about it. It is an ordinary patch of grass in the Bogside that has now become hallowed ground, hallowed by the memories of all the children who died.”