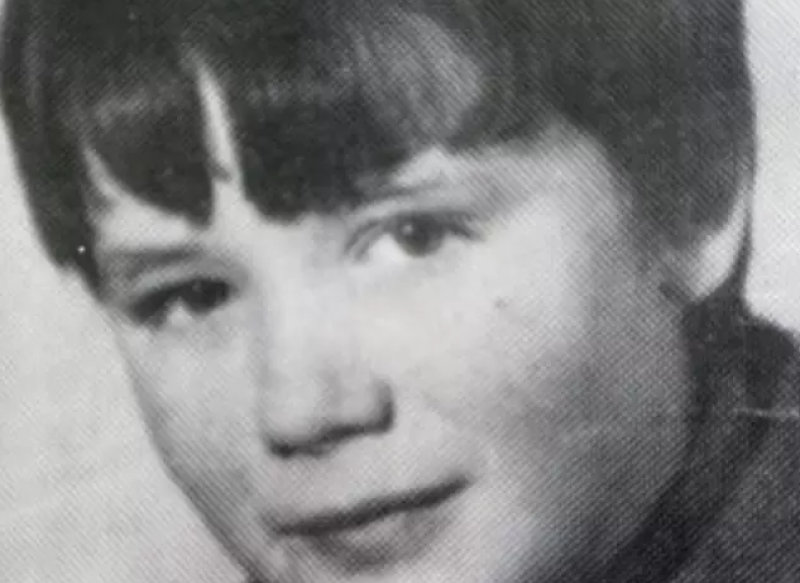 A ceremony to mark the 50th anniversary of the killing of Manus Deery will be hosted by the Bishop of Derry tonight (Thursday).

He had just left St Joseph's School and had just received his first wage packed from French's Factory.

On the night of May 19, Manus had just bought himself a bag of chips from the Scooby Doo fish shop on Mennan Square. He then got talking to some friends in an archway known as 'the funnel'.

It was there he was struck in the head by a bullet fired by a British soldier at an army observation post at the Walls.

The official line at the time was that the British army had shot an armed man. It would take another 45-years of campaigning by the Deery family for an inquest to clear Manus' name and state categorically that he was unarmed, not posing a threat and was unlawfully killed.

The ceremony to mark the anniversary, at the Westland Street/Cable Street junction at 6pm tonight, will see the Bishop of Derry opening a garden for Manus and all other children killed in The Troubles,

His sister, Helen Deery, remembers Manus as a happy go-lucky boy who loved his music and may well have joined the Navy had he not been killed.

She said: “He was 15 when he was killed. He'd only got his first wage before that day. He was walking down the street with a comic in his backpocket to swap it with my cousin.

“Manus was into his music – he liked all types of music such as Simon and Garfunkel, Don MacLean and all that stuff.

“He didn't play an instrument himself but he was a keen listener. My other brother played the trumpet and my sister plays guitar. But Manus just loved the music – any type of music.

“Manus went to St Joseph's school and he couldn't wait to leave and start working. Cllr Deeney got him a job at French's Factory – sadly he would only work there for two weeks before he was killed.

Of the night itself, Helen was out baby-sitting before word reached her that something had happened. Despite a delay at an IRA checkpoint, she was driven to her home where the sight of a huge crowd of people told her straight away that Manus had not survived.

“On the night he was killed, I was baby-sitting for someone who lived on the Waterside,” she said. 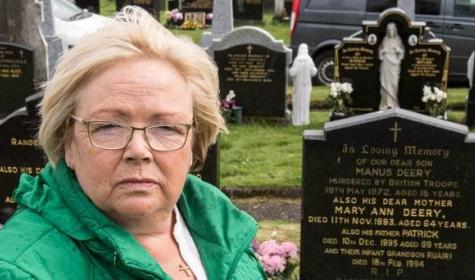 Helen Deery at the grave of her brother Manus

“We were told that Manus had been shot. We got into a car and as we were on our way home, we were stopped around the Bogside near the Bog Inn by an IRA checkpoint.

“I don't know if they searched the car or not but someone told them 'that is the Deery girl in the car' and then they pushed us on through.

“We were going up Westland Street on the way to the house and I could see thousands of people out. We knew then what had happened.

“When I got into the house, no one had said anything to me. My Ma had been sedated so I ran up the stairs and my brother Donnie says to me, 'Manus is dead'.

As happened so often during The Troubles, the British Army's propaganda machine went into full swing in order to deflect the blame for Manus' killing away from them.

Helen added: “Within hours the next day, we got the full picture as to what had happened to him. Although the authorities went into cover-up mode straight away.

“However, it was only 45 years later at his inquest when the authorities finally admitted that he had no gun and posed no threat to anyone and that he was unlawfully killed.

James McKeown was killed in May 1922.

“That admission came two days before what would have been his 60th birthday.

“We had been obstructed at every turn to get accountability. They even went so far as to stop me from accessing legal aid.”

The inquest 45 years later cleared Manus' name and revealed the identity of the soldier who killed him.

Private William Glasgow, who died in 2001, was that man and at the inquest, his colleague that night – identified only as 'Soldier B' – revealed the horrific manner of how it was decided which of the two would open fire on Manus.

Helen continued: “We knew the identity of the soldier who killed Manus years ago.

“He is dead now but the other soldier (Soldier B) was up in court at the inquest. After 45 years, it was the first time that I had seen him.

“He had absolutely no regrets. It came out, under questioning from the barrister that he had asked his colleague (Pt Glasgow) to shoot Manus because he was a better shot than him.

“The barrister asked him how he knew that and he replied, 'well he is on a higher wage – we get a rise in pay for every target we hit'.

“That just broke through my heart.”