Second half goals pave the way for Slaughtneil's win at Lavey

Brendan Rogers scored 3-2 for the Emmet's 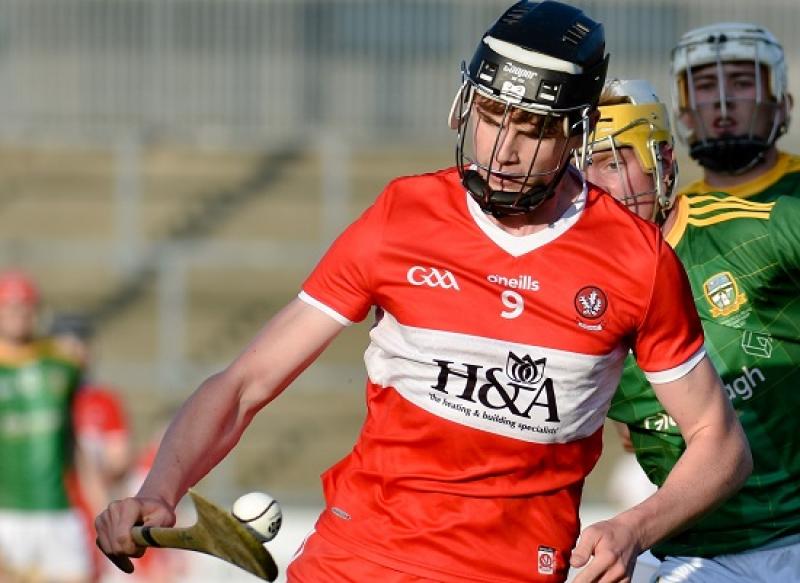 Goals from Jack Cassidy and Brendan Rogers at the start of the second-half shot Slaughtneil into an 11-point lead and on their way to victory at Lavey.

Slaughtneil 6-21
Lavey 2-10
The margin of the defeat and that of Kevin Lynch's win at Ballinascreen leave Lavey behind the Lynch's on score difference at the top of the table.

The Emmet's started well, but failed to translate their play into scores. After going four points behind, Lavey notched their first score after seven minutes.

Both teams missed chances over the remainder of the half, with Slaughtneil leading 0-11 to 0-5 at the break.

Lavey scored an early goal from Ryan Mulholland but it was Slaughtneil who went on to dominate the second-half, with Rogers scoring his first goal in the 38th minute and substitute Jack Cassidy adding a second three minutes later.

Substitute Michael McEldowney scored a goal with six minutes to go before Rogers completed his hat-trick with the final score of the game.