The Emmet's it all of their 3-22 tally from play 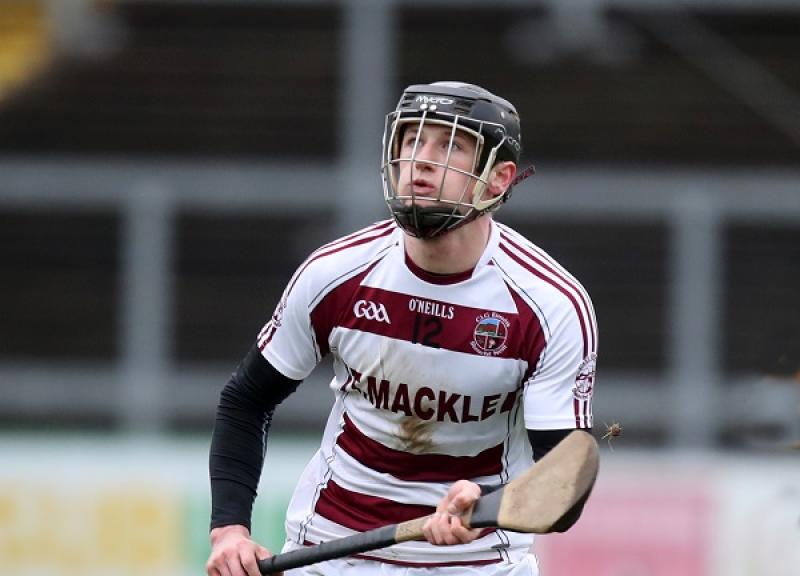 Slaughtneil issued a warning ahead of the championship campaign with 3-22 from play at home to Banagher.

Slaughtneil 3-22
Banagher 0-9
Two first half goals from Brendan Rogers shot Slaughtneil on their way to a comfortable home win over Banagher on Wednesday night.

Rogers had the ball over the bar within seconds of the throw-in before Liam Eoin Campbell and Sean McCullagh edged Banagher ahead.

Slaughtneil were using the ball well and often working it backwards out of congestion to launch their attacks, with Seán Ó Caiside and Paddy Convery very effective.

In the eighth minute Brendan Rogers fired on the afterburners before slotting a pile-driver across the goalkeeper to the far corner and tagged on a point in the next attack.

By the first water break, the home side led 1-8 to 0-4, with Convery, Liam Cassidy and Gareth O'Kane all on target.

On the restart, just like his first goal, Rogers took off before finishing to the far corner in similar fashion to effectively finish the game.

Convery, Jerome McGuigan and Prionsias Burke fired over to leave the score 2-11 at the break.

With fading  light and the floodlights called for, referee Eamonn Hassan didn't bother with the second water break and Slaughtneil ran their bench.

After five Slaughtneil second half points, Banagher had a slight glimmer of goal, but Liam Eoin Campbell and Daniel McGrellis had the door closed in a crowded square.

Midway through the half Mark McGuigan went on a run and when his dipping point attempt was batted away by goalkeeper Campbell, Brian Cassidy pounced for Slaughtneil's third goal to cap off a comfortable win.

On the other games, Kevin Lynch's were comfortable winners (1-27 to 1-7) against Eoghan Rua Coleraine and league leaders Lavey - with ten points from Fintan Bradley - edged out Swatragh 0-17 to 1-13 at Davitt Park.

After a spirited comeback at home to Carrickmore, Ballinascreen were held to draw (1-13 each) with a late point from the visitors, while Na Magha had a bye.

Slaughtneil pick up second win of the season at Coleraine