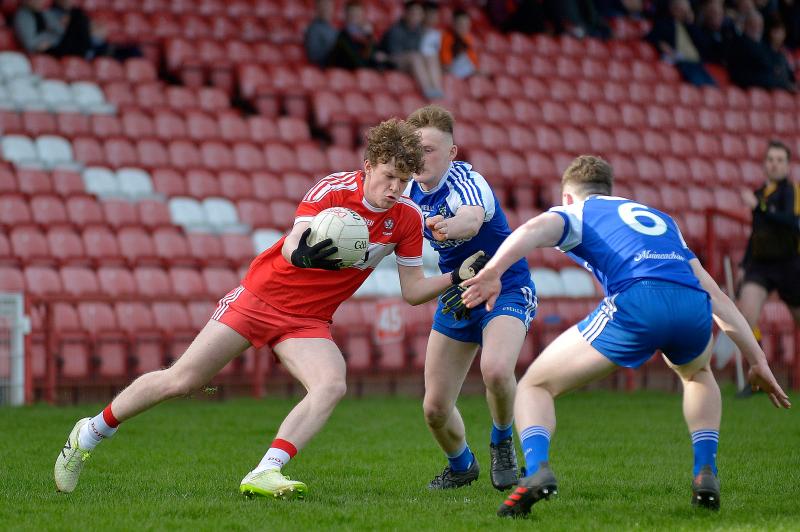 Two first goals proved to be the difference as Monaghan saw off Derry at Celtic Park on Friday night.

Derry opened with points from Enda Downey and Conor McAteer before Jason Irwin’s goal put the visitors ahead.

Downey, Sean Kearney, James McGurk and Cahir McMonagle had the sides level, but an unfortunate Shane McGrogan own goal had the Farney side 2-3 to 0-7 ahead at the break.

Derry battled away against a dangerous Monaghan side with points from Downey, Conor McAteer and Darragh McGilligan.

Monaghan were always able to keep their noses in from and booked a semi-final spot against Donegal.