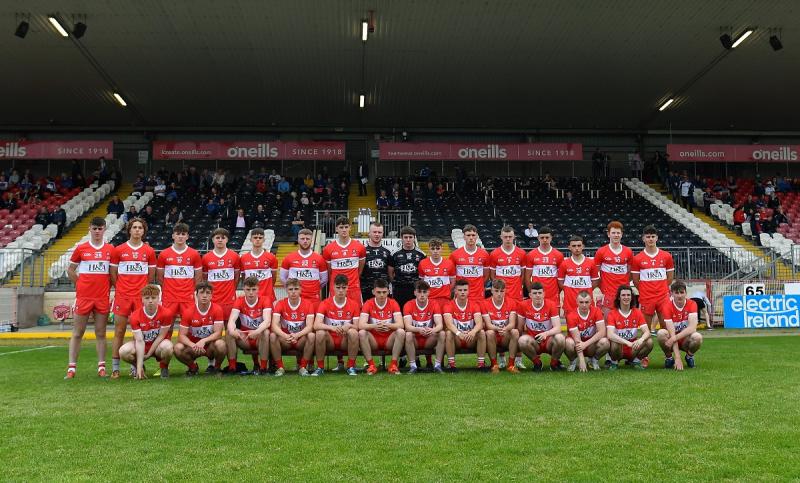 Derry have named an unchanged side for Saturday's All-Ireland minor semi-final with Meath in Newry's Páirc Esler (3.00).

Desertmartin's Lachlan Murray had his red card rescinded from the Ulster final and is listed at number 14.

Murray (ankle), Calum Downey (ankle) and Jody McDermott (knee) were nursing knocks after their win over Monaghan but are all listed in an unchanged panel.

They face a Meath team who have had an impressive run through Leinster with convincing wins over Dublin, Westmeath and Laois before a one-point win over Offaly in the final.