The 52-year-old will appear at Belfast Magistrates Court today. 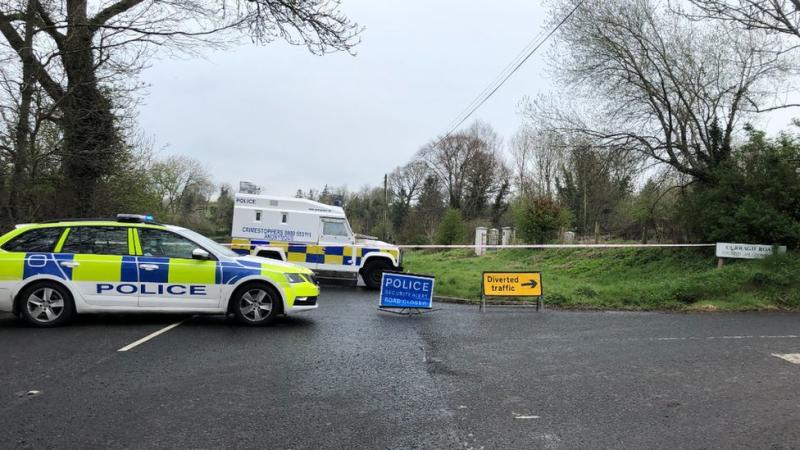 A 52-year-old man has been charged in connection with an attack on a police officer's car in Dungiven last month, as well as a number of terrorist-related offences dating back to 2016.

He will appear before Belfast Magistrates Court today charged with 5 offences, including preparatory acts of terrorism, possession of articles for use in terrorism as well as three separate charges of possession of explosive devices with intent to endanger life.

The charges are in connection with the discovery of improvised explosive devices at Ballyquin Road, Dungiven on 19th April 2021 and Skeoge Road, Londonderry on 9th July 2016, and the discovery of an improvised mortar bomb device at Church View, Strabane on 7th September 2019.

He was arrested in Derry/Londonderry on Wednesday in connection with the attempted murder of a female member of police staff, who is also a part time police officer, following the discovery of a viable explosive device beside the young mother’s car in Ballyquin Road, Dungiven on Monday 19th April and as part of Op Ledging, targeting the New IRA’s bomb making activities as well as the group’s storage of explosive devices and equipment.

Two other men, aged 23 and 62,  arrested in Derry/Londonderry on Wednesday in connection with the attempted murder of a female member of police staff, who is also a part time police officer in Dungiven have been released following questioning as the investigation continues.