'The gatherings present a number of health and safety issues for everyone involved'. 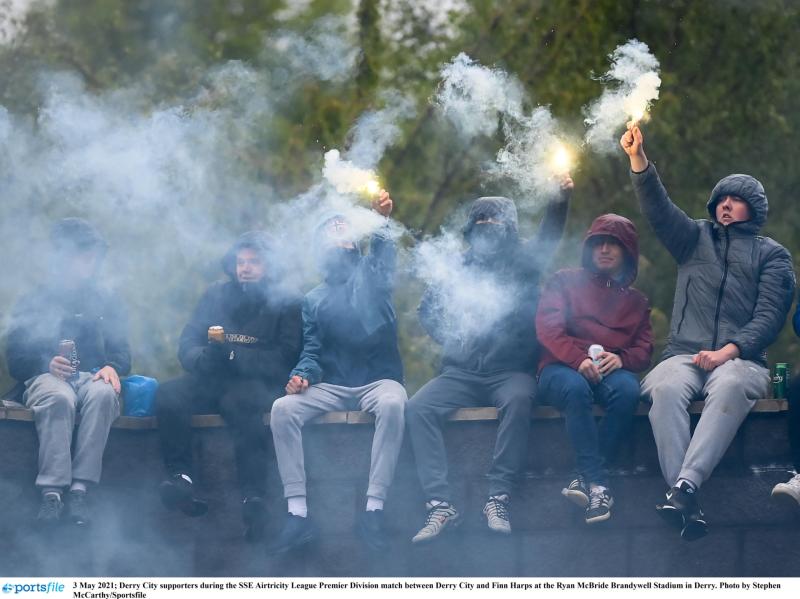 Derry City supporters have been gathering in their numbers on match days.

Derry City have today launched an appeal to fans not to gather around the Brandywell on match days as it presents a number of health and safety issues.

With each passing home game this season, the number of fans gathering to view the game from outside the ground has been growing. Ahead of the Longford game at the Brandywell this evening, the club have released a statement urging fans to stay at home, unless a proper return to games is permitted.

"Derry City Football Club is appealing to supporters not to gather on the perimiter wall around the ground or outside the houses on the Brandywell Road during matches.

"We completely understand and share supporters' frustrations at not being able to attend games.

"The fact is however that those gatherings present a number of health and safety issues for everyone involved.

"Derry City Football Club is asking for your co-operation on this matter as we await the safe return of supporters into the stadium."