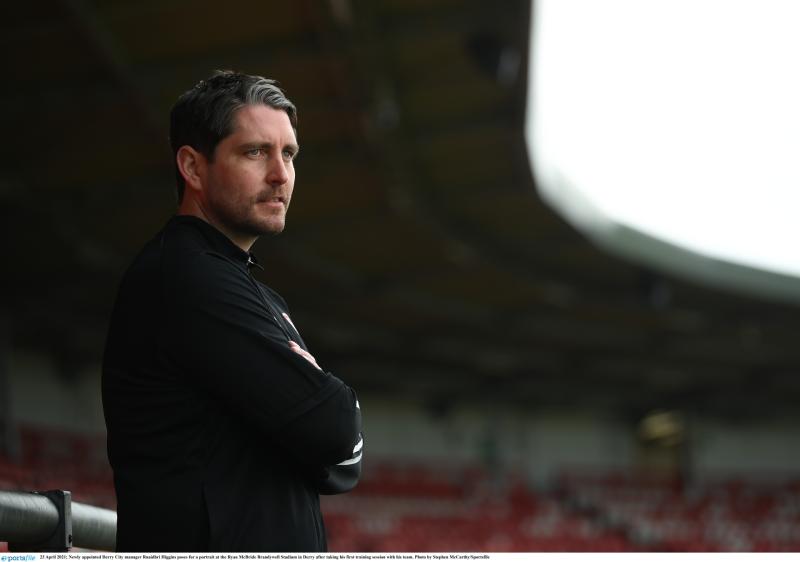 Gareth McGlynn believes that the Derry City job has come along at the perfect time for a friend and former team mate who was destined to return to the Brandywell someday.

McGlynn was not at all surprised that Ruaidhri Higgins was the man tasked with turning things around at Derry, having watched his career first hand for almost a decade during his playing days.

The two midfielders played alongside each other from 2004 to 2011, which included two spells at Derry City and one at Bohemians. They remain close today, and as someone how knows Higgins well, McGlynn believes that the club have made a bold move making the 36-year-old manager.

“Ruaidhri is a thinker, he understands the risk involved, and it was a big risk,” he says. “He had a good job with the FAI and Ireland. It’s a risk for Derry City, but it’s a bigger risk for Ruaidhri Higgins. I think it’s a good match; I don’t think Ruaidhri would have gotten emotional with the decision. He’s always wanted the role and to me it’s come at the perfect time.

“He’s 36, and if he’s going to go on and do things as a manager and as a coach, now’s a good time to get involved in it.

“Three and a half years is a big challenge, it’s a big project, but I think Ruaidhri was cute enough to look into the squad he has and realise that there is a lot of good, young players there. There’s no bad eggs, and that in itself is a good start. If you look at Stevie O’Donnell at Pat’s, it took him a year or two to get players out and get players out and look where they’re sitting now. Stephen Bradley was the same, so Ruaidhri has a good foundation there at the minutes.”

Higgins’ appointment as manager came at the end of a whirlwind 24 hours at the club, which saw Declan Devine depart last Thursday morning, and his successor officially appointed just a day later.

Chairman Philip O’Doherty revealed that Higgins had always been on his radar as a future Derry City manager.

“I was delighted for him because we all know that Ruaidhri has always wanted the job. Even when he was playing football, he was always gearing towards management and staying in the game. A lot of players like the game and they stay in it, but they don’t have that aptitude or that desire to learn the game or even ask questions.

“Ruaidhri was always asking questions and learning from managers. I’m sure he started learning when he was over with Coventry in England before coming back to Derry for 9 years. He was always asking questions and trying to understand the game a little bit more at a higher level. He always played the game at a high level as well; he was that technical player that saw the pass which would lead to a pass which would lead to a goal. There are very few players that think that that but Ruaidhri was always one.” 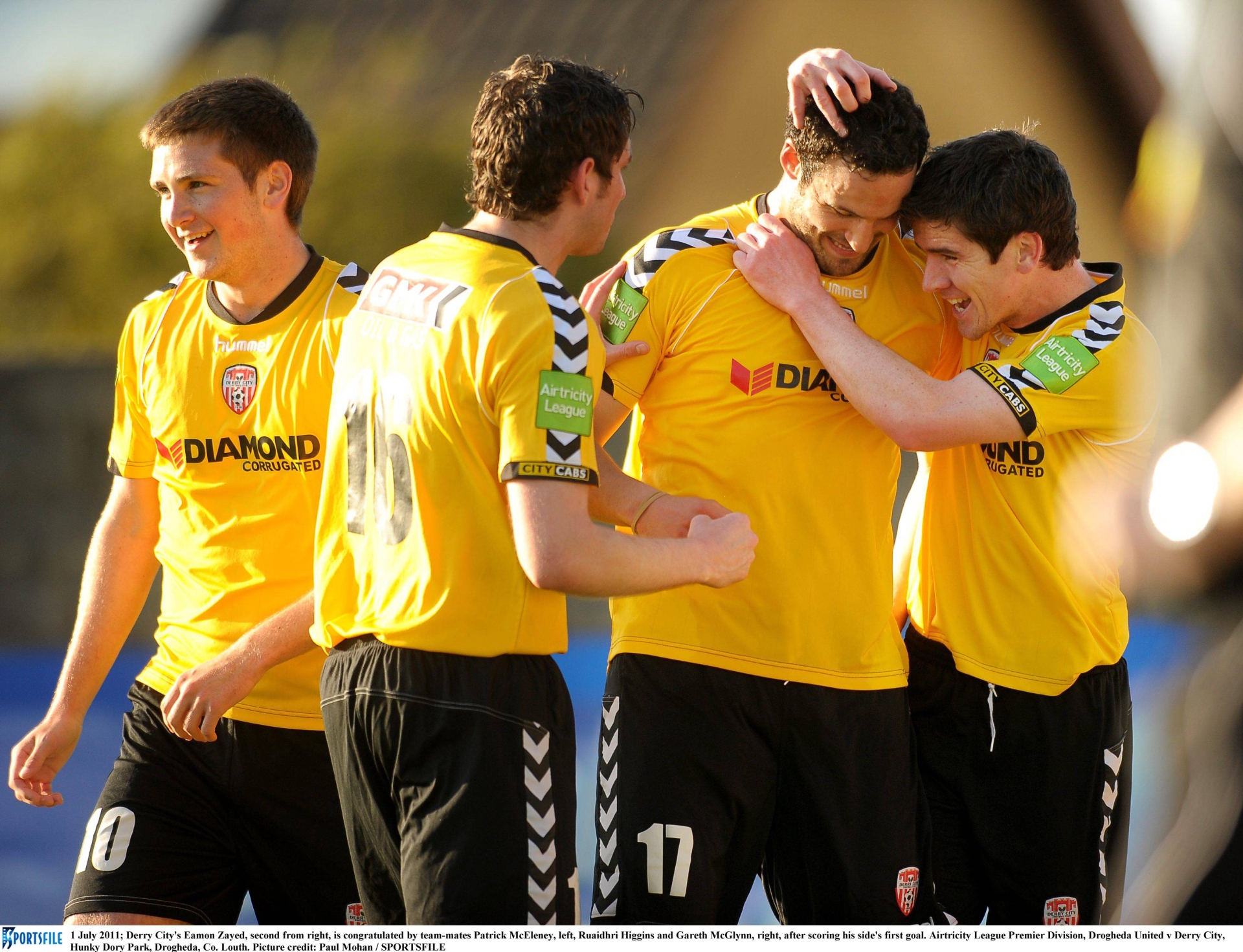 McGlynn and Higgins played alongside each other during the famous 2006 campaign, which saw Derry City blaze a trail cross Europe s well as coming within goal difference of repeating the 1989 treble. Even then, McGlynn could see the difference in his team mate to others.

“He always was a studier of the game but he always played like a person who had five, ten, twenty years’ experience on the pitch,” he recalls.

“He’s only 36 so he was playing in that European run when he was 21 or 22. Those years were some of his best at Derry and the best years that Derry have had over the last 20 years.

“The managers always knew that he would take in information and any information that he was given, he would carry it out to the letter.”

Since returning from playing, Higgins turned to coaching, and spent three years with Stephen Kenny at Dundalk before following the former City manager into the Republic of Ireland job as part of his staff. Higgins has given up that prestigious role to return to Derry City however, showing a great belief in his own ability to succeed in a new role.

“Anybody that dedicates themselves to their profession or one particular vertical, will be successful,” McGlynn agrees. “Higgins was never going to go anywhere else; he was always going to be involved in football in one sense or the other.

“Stephen obviously saw that passion for the game and that drive for the game. No matter what Stephen asked of him, be it an analyst’s role, a scouting role – no matter what it was, he knew it would be carried out thoroughly. It’s hard to get good people at the minute and Stephen is really, really good, whether t’s a player or as backroom staff, he is really good at recruiting. He tends to pick people that are loyal, passionate and driven to do the job that he wants them to do.” 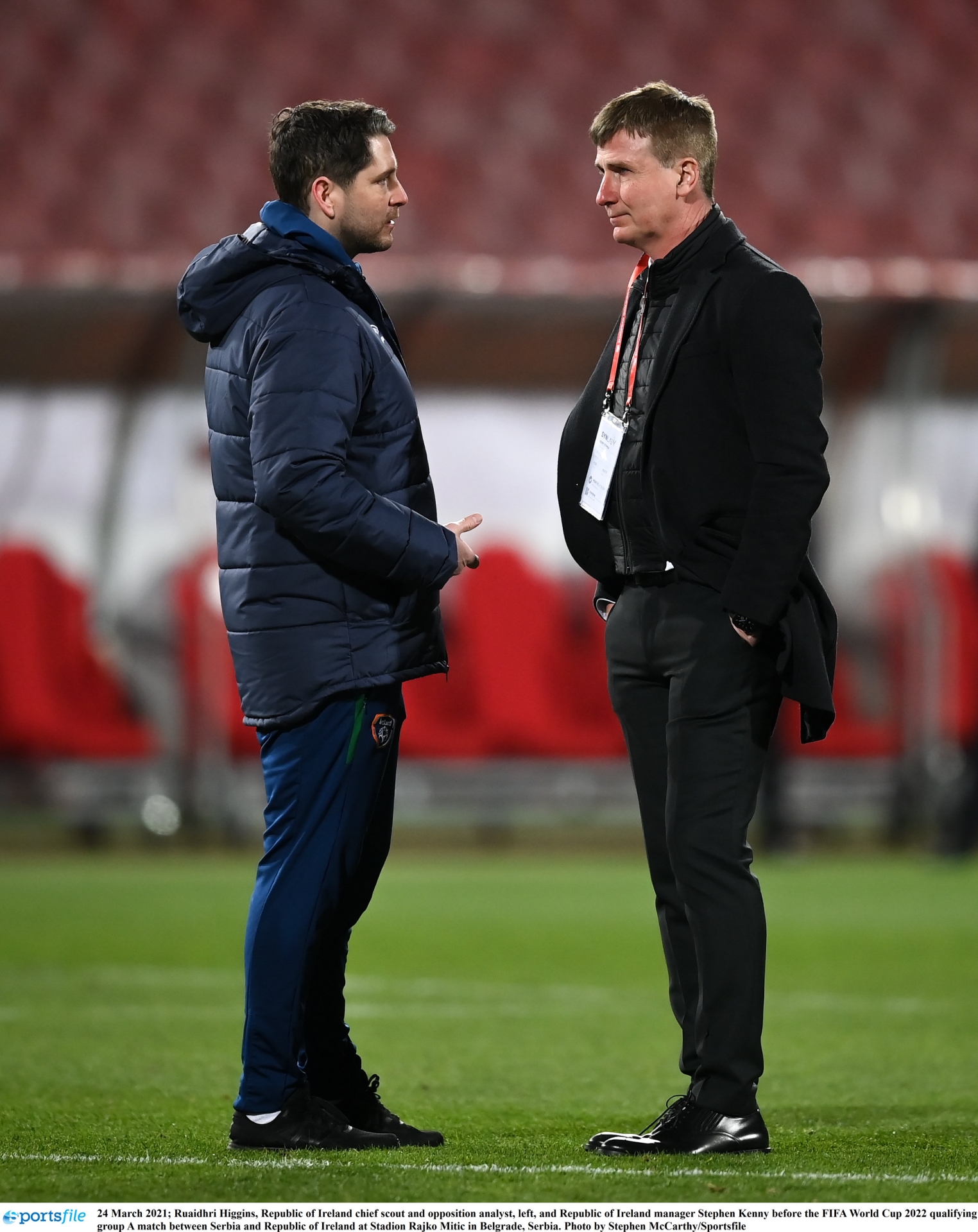 Higgins has already got off to the perfect start in the job, enjoying a 1-0 victory in Sligo and a 2-0 win at Bohemians, but there is a long road ahead, and the new manager knows that the hard work is just beginning.

“What Ruaidhri has as well is that he is very good at building relationships, and that in itself is key,” McGlynn adds.

“Man-management is key. He is really good with people. Even at Dundalk, a big part of his game as analyst would be presenting in front of the players and taking the players aside one on one and describing how we’re going to break down a team or what we will need to do at any stage of the game.