Police appeal for information after attack at Jake's Play Park 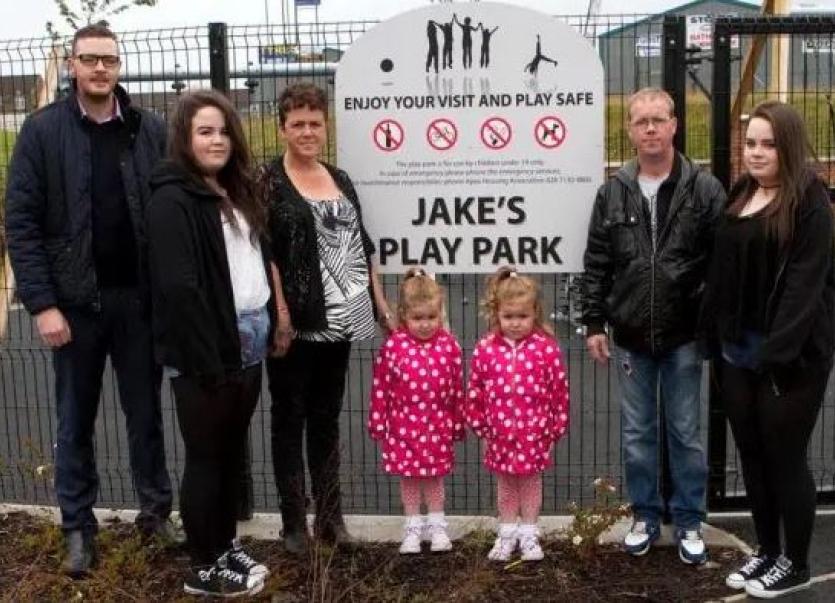 Jake's family pictured at the opening of the play park in his memory in 2015.

A children's play park named in memory of a young local boy in the Shantallow area of Derry has been targeted by vandals for a second time.

Police are appealing for information about the latest incident at Jake's Play Park on Racecourse Road.

The play park was named after 11-year-old Jake Murphy who died suddenly while playing close to a building site near his home in July 2013.

It was opened two years later by Apex Property Services.

The play park was also targeted by vandals in September last.

Police at Strand Road are investigating the latest incident which is believed to have occurred on Tuesday, March 23 last.

Appealing for information, a spokesperson said: “It is believed that sometime between 8.00pm and 9:30pm on  Tuesday evening, damage was caused to Jake’s Play Park after it was set alight.”

The spokesperson appealed for anyone who might have information which may assist the investigation to contact them on the non-emergency number 101, quoting reference number 1255 24/03/21.

Alternatively, you can submit a report online using the non-emergency reporting form via  http://www.psni.police.uk/makeareport/.

You can also contact Crimestoppers anonymously on 0800 555 111 or online at  http://crimestoppers-uk.org/