The night Derry's Rialto was shaken by Shakin Stevens 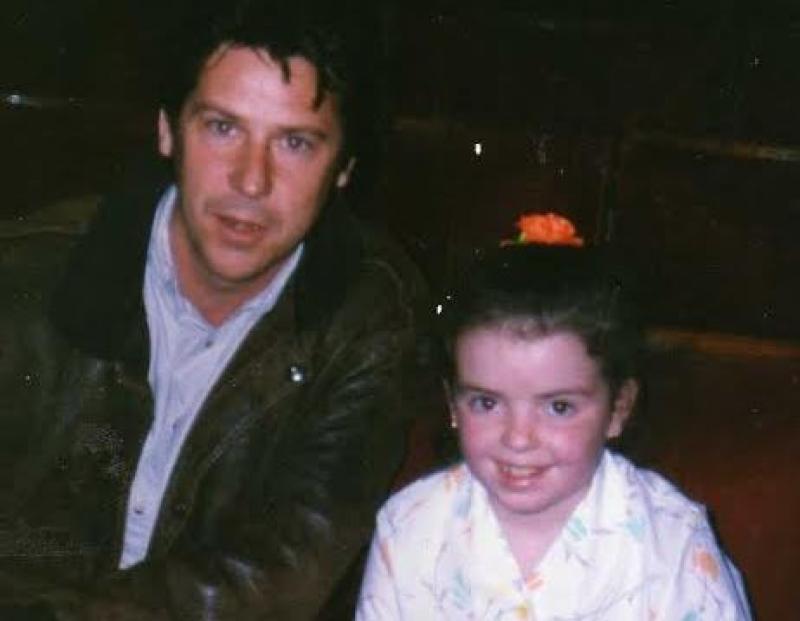 Willie's daughter Roisin got to meet Shakin Stevens on the night he appeared in the Rialto.

Add to that, a host of legendary sporting and home-grown stars, and you can certainly say he has mixed with the top 'A listers.'

A proud Derry man, no matter how big the star, Willie always ensured a local act took part in his shows.

As a former resident of Springtown Camp, Willie was the man at the forefront of having a monument erected on the site of the former American naval camp whose nissen huts were inhabited by locals due to the dire shortage of housing available to nationalists in the city in the 1950s.

And although he has brought top groups such as The Tremeloes and The Searchers, to mention a few, to his home town, it was his debut promotion - the first Springtown Camp reunion dance - that has given him the most pleasure.

He said: “I get great satisfaction seeing people enjoying themselves and I have enjoyed promoting concerts, dances and dinner dances and even a wrestling bill, but one I enjoyed the most was the first Springtown Camp reunion dance in the Stardust on Saturday, January 24, 1987.

“The sight of seeing all those smiling happy faces of my old neighbours and friends from all over Ireland and the UK, will stay with me forever. It was a great success.”

“However, my proudest thing is I have never put on a concert dance or dinner dance, no matter how big the star or stars were, without a Derry person being on the bill and sharing the stage with them.”

A Borderland reunion dance, again in the Stardust, soon followed.

Willie recalled: “I booked showband superstar Dickie Rock for that one. I contacted Sean Coyle and asked him to announce it on his popular Radio Foyle show. Sean duly mentioned it and before his programme was finished I phoned him to say it was sold out.

“It was a truly brilliant night. I heard people chatting and I heard ones asking: 'Did she marry him or did he marry her a dozen times during that night?' I could only chuckle at those questions.”

After that night, the 'entertainment bug' was firmly planted in Willie as he progressed to the sit-down concert scene in the Rialto.

Concerts included all the top named groups from the '60s era, The Tremeloes, The Searchers, Marmalade, The Fortunes, The Merseybeats, The Fourmost, The Ivy League, Brian Poole, Dave Berry to name but a few.

“Back then, most of the groups had their original singers still with them and were selling millions of records between them. These concerts were a massive success.”

Along the way, Willie has met some lovely people and some, he conceded, who were 'not so nice.'

He added: “When Shakin Stevens arrived in Derry I introduced myself and welcomed him to Derry we shook hands, and before we could say another word his manager butted in like a flash… 'I’m his manager and everything goes through me,' she said.

“Her first request/order was she wanted the complete top floor of the hotel for her party and wanted no other guests on the landing. 'Oh, you will need to speak to the hotel manager about that,' I told her. She said 'Go get him for me, please.' I told her to talk to the receptionist as the booking of the hotel was not made by me. Her request was refused as guests were already on that floor. She was not best pleased.

“I knew she was going to be awkward, her next request was for me to get her a part of the theatre where she could organise the cooking of meals for Shakin' Stevens and his entourage of 18. In the party were cooks, make-up artists, security men, sound engineers and lighting engineers. So, I asked Johnny Murray, manager of the Rialto, and he gave them permission to use the upper floor of the Rialto.

And things did not get any better.

Willie added: “There was a line drawn across the Rialto stage and artists were told never to go over that line because the first few rows in the balcony could not see the artists if they did.

“Denise McGrory, a young talented singer from Creggan was working England doing the social club scene which was big in England and making a name for herself under the stage name of Natasha Wild. Her agent phoned me and asked me would I consider adding her to the Shakin Stevens show as it would help her in promoting her in England, I agreed, and they flew over the day before the concert.

“After the sound check, Shakin Stevens' manager drew the stage curtain across the stage and said to me the 'girl singer' would sing in front of the curtain.

“I was shocked at this, not only would I never ask anyone to sing in front of a curtain – so, I explained to her why she couldn’t as the first few rows in the balcony wouldn’t be able to see her. She looked at me and just shrugged her shoulders… the 'red mist' came over me, I was taking the butt of this lady's attitude all day but she crossed the line this time.

“It was about 7.05 and the doors were to open at 7.15. I told her to pull that curtain back or there was not going to be a show and 'you have five minutes to do so.' Johnny Murray told me 'you do right ,she is out of order.'

“I went over to the tour manager who was working for the Irish tour company and a complete gentleman and told him what was happening and the reason the curtain had to be pulled over. He agreed with me on the spot. He called Shakin Stevens' manager over and I walked away… and about 20 seconds after, he talked to her, she turned on her heels and drew the curtain back. After the concert, she asked me would I have really called off the show and I said 'yes.'

“I asked the tour manager what did he say to her and he told me: 'I told her if you cancel the show tonight then the show at the Dublin’s Point Theatre tomorrow night would also be cancelled.”

Thankfully, such confrontations were a rare occurrence as Willie brought many stars to perform in Derry.

In Monday's Derry News, Willie reveals some of their unusual requests made by stars when they visited Derry which included an international superstar asking him to sack the driver of the limousine that brought him to Derry and the club George Best said he wished he could have managed.