New choices brought in this year for school uniform 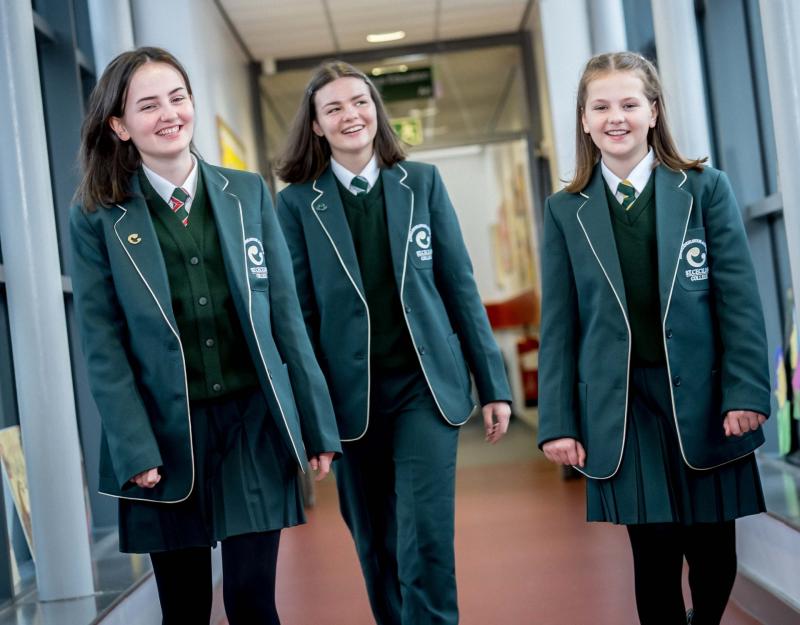 St Cecilia's College has become the first all girls post primary school in the city to give its pupils the choice to wear trousers all year round.

The college's smart new uniform includes a blazer and jumper piped in gold which can be worn with a skirt or trousers.

"A lot of the girls prefer to wear a skirt, but they said other pupils should have the choice if they want to wear trousers," she said.

"The whole idea of respecting other people's choices is very important."

Last year the school council surveyed the pupils who voted overwhelmingly in favour of introducing  a trouser option.

This led to a long process of designing the new uniform, with the pupils allowed their say in how it should look and feel.

"The conversation started with Hunters Apparel in Derry who gave us different designs and that solid groundwork allowed us to get to the place where we are today," said Mrs Mulhern.

"The girls were so mature and insightful throughout it all.

"They knew and understood that there were certain things we couldn't do, but it was so important they felt comfortable.

"There were a few prototypes before we got to the finished designs, but everyone is delighted with them.

"They are all loving the new blazer because it's very smart and really brightens things up, and a surprising number of them have decided to take the option of wearing trousers."

St Cecilia's worked closely with local uniform suppliers Max Fashions and Select Kidz to keep the cost of the new uniform, which has been adopted by the new intake, down.

There will be a gradual phasing out of the old uniform over the coming years.

"The girls are loving the new uniform and as a school community we are so proud of them for taking the lead," added Mrs Mulhern.

"The children always come first and we have to listen to them.

"It was the right thing to do."