Derry's council is owed almost £500,000 in unpaid parking fines - and almost a third of the debt is connected with vehicles from the Republic of Ireland

The council is responsible for 15 paying car parks 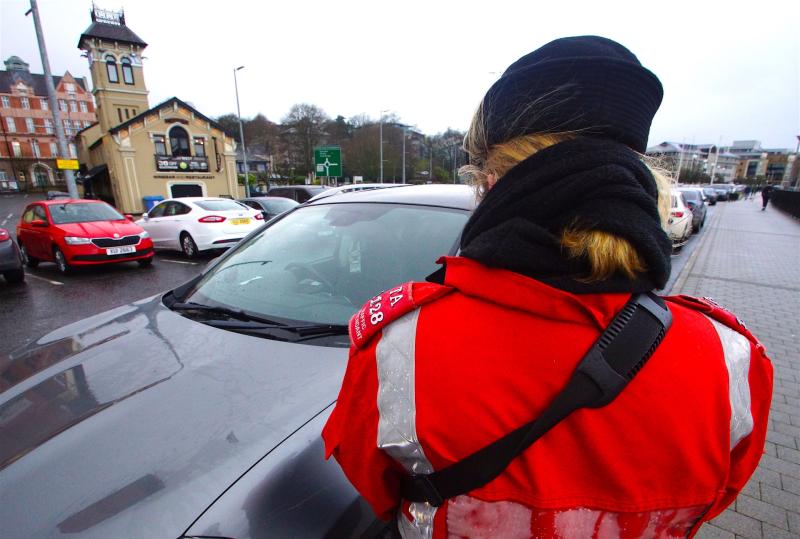 Derry's council is owed almost £500,000 in unpaid parking fines, it was revealed today.
Derry City and Strabane District Council manages 15 paying car parks in the local area.
However, the Derry News has learned that, as of the end of last month, the council is owed a total of £476,991 in unpaid parking fines in relation to these car parks.
It has also emerged that £163,780 of the unpaid fines are linked to vehicles from the Republic of Ireland - making it more difficult for the debt to be chased.
The Derry News can also reveal that in December 2017 the council wrote off 'bad debt' of £176,703 in connection with unpaid Penalty Charge Notices (PCN).
When Derry City and Strabane District Council was established in 2015 as part of the review of public administration in Northern Ireland, it took over responsibility for the 15 paying car parks.
These car parks had previously been managed by the Department for Regional Development which is now the Department for Infrastructure.
The car parks in Derry are at: Bishop Street, Carlisle Road, Foyle Road, Foyle Valley Railway, Foyle Street, Queens Quay, Society Street,  Strand Road, Victoria Mar- ket and William Street on the cityside and Spencer Road in the Waterside.
In Strabane, the council manages paying car parks at Butcher Street, Lower Main Street, Upper Main Street and Railway Street.
The council pays a company called NSL to monitor the car parks and issue PCNs.
Anyone issued with a PCN must pay £90.
However, if the fine is paid within 14 days the cost is reduced to £45.
A spokesperson for Derry City and Strabane District Council outlined the extent of the debt it faces in relation to parking fines.
“Charges for parking offences are levied in these car parks by NSL on behalf of council and are then collected by the Department for Infrastructure under an agency agreement with Council. The total debt from PCNs as at 31st December 2019 was £476,991.75. Debt relating to Republic of Ireland registered vehicles was £163,780.21.”
The council spokesperson added that the Department for Infrastructure was responsible for the col- lection of the revenue from the PCNs under the Traffic Management (Northern Ireland) Order 2005.
“Bad debt of £176,703.95 was written off by council in December 2017 and was related to debt handed over to council by central government under the transfer of functions as at 1st April 2015,” the council spokesperson concluded.