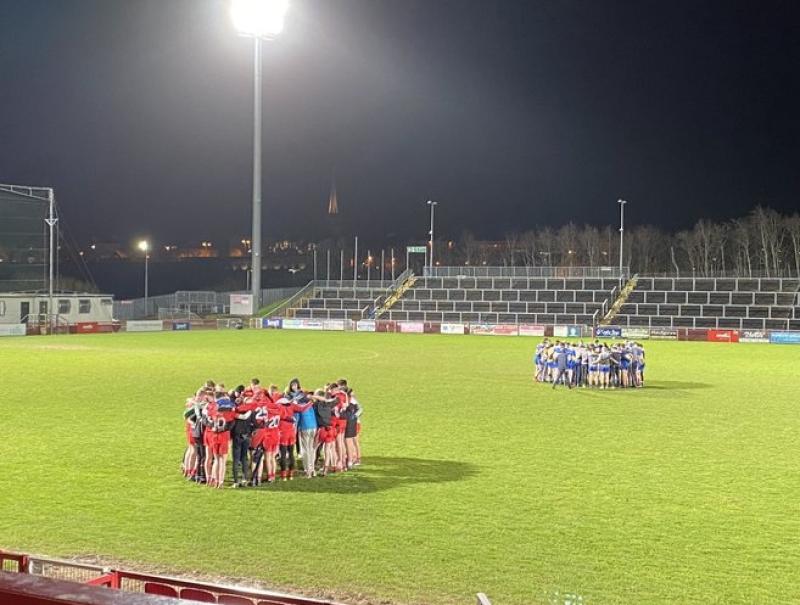 Last year’s McLarnon beaten finalists had found the transition to MacRory a hard one to adjust to, but when the chips were down in Thursday night’s round one eliminator with the experienced Patrician High School, they bared their teeth.

It was the epitome of a game of two halves, thanks in no small part to Celtic Park’s trademark strong breeze and swirling rain. The Monaghan men had it at their backs in the first period and raced into a 0-7 to no score lead, pinning Cathair Dhoire back. They held firm, however, and a late scrappy goal meant plenty of half-time hope at 0-9 to 1-2.

Patrician opened the second-half scoring four minutes in, but that was to be their last until a game-winning penalty in added time.

Despite the wind having died down, the Derry amalgamation showed their character. They won their individual battles, played positive football and worked hard for one another. Led by the scoring boot of Cahir McMonagle they slowly chipped away at the deficit until, with eight minutes to go, they grabbed the lead for the first time through Jack Boyce.

When Ryan Kennedy was dismissed for a second yellow minutes later it seemed that was that, but Donnach Swinburne was Carrickmacross’ hero with a well struck spot kick to send them through by the narrowest of margins.