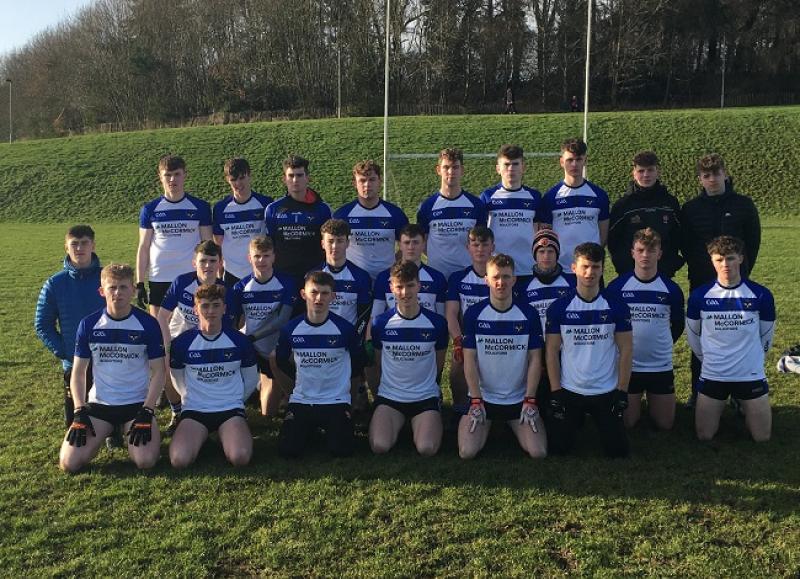 McCORMICK CUP SEMI-FINAL (U19 A FOOTBALL)

With Cargin's Paudie McLaughlin and Lavey's contingent back on the Maghera panel after their exploits at St Paul's, they are close to full strength as they plan for a MacRory quarter-final on February 8.

Maghera had use of the breeze in the opening half but failed to take full advantage and only went in level at the break, 0-6 to 1-3 with Sean Kearney's equalising point after Conor McGillion's 29th minute goal.

Fullerton, recently awarded an Ulster Schools' All-Star, rounded Pauidie McLaughlin to blast home Omagh's second goal after just 21 seconds of the second-half. From then, the Derry men were chasing the game.

Fullerton called an attacking mark from McGillion's long ball before slotting home Omagh's third goal in the 41st minute to open a 3-6 to 0-8 lead.

Two goals inside as many minutes from Cahir Higgins had Maghera level (2-9 to 3-6) by the 44th minute before they emptied the bench.

Matthew Downey, Shea Cassidy, Liam Downey and James McGurk were all introduced at once but it was Fullerton who took over again. He kicked two points, including an eye-catching effort from a sideline, to put Omagh on the front foot again.

In the last play of the game, Fullerton got on the end of All-Star goalkeeper Oran Grimes' '45' before tucking home a fourth Omagh goal to seal a final spot against the winners of Friday's clash of St Colman's and St Patrick's Dungannon.