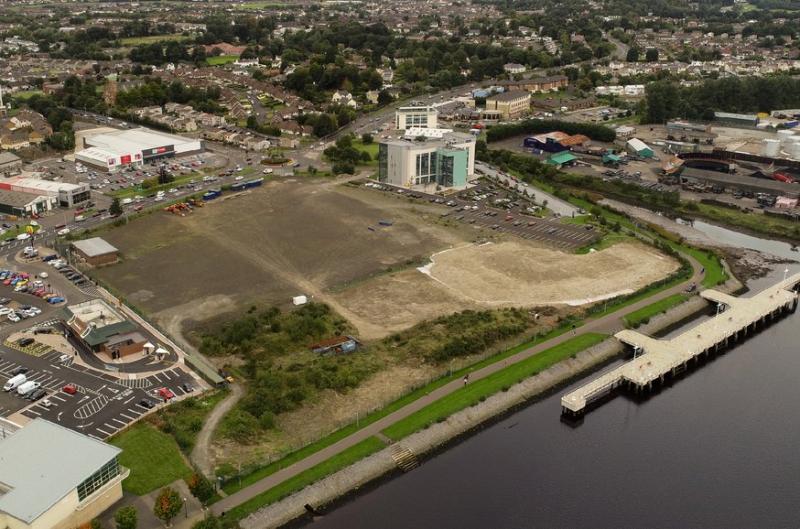 Progress at Fort George has been put on hold as two major projects which are deemed crucial to phase two development at the site await approval from government departments.
One proposal for a primary healthcare hub which would attract a significant number of jobs was announced earlier this year but is still
The other application for a 4-storey office block has been delayed for over 18 months.
A spokesperson at the Department for Communities (DfC) said of the healthcare hub: “The Department and the Western Health and Social Care Trust have entered an agreement to enable the Trust to further develop a business case regarding their proposal to locate a new Cityside Primary Health and Care Hub at Fort George.”
This development will enable both Trust and GP Medical Practices to work together to further expand and enhance local health and social care services currently spread across the city.
This hub, if delivered, will support people in improving their health and well-being, particularly around the areas of physical activity, nutrition, smoking cessation, alcohol misuse and mental health.
Once established, the health and well-being hub will optimise the potential of communities to become more active in improving their own health and well-being and will adopt a community development approach using existing resources within the community.
The Hub will also develop novel approaches to health behaviour change particularly for deprived populations, thereby reducing health inequalities.
In addition, there is a planning application already in motion to build a new four-storey office development for science and IT based businesses at North West Regional Science Park.
With regards to that, the Department for Infrastructure is currently processing the application and has formally consulted Derry City and Strabane District Council.
A DfC spokesperson clarified: “It is our understanding that there is currently a planning application for a 2nd Catalyst Inc building on lands leased to that organisation at Fort George.”
Planning permission was granted by DOE Planning for a four-storey office development for science and IT based businesses also on the Fort George site in June 2013. This development is built and occupied and is known as the North West Regional Science Park.

Plans for this additional four-storey building will form Phase 2 of the science park development.
A DfI spokesperson explained: “A Reserved Matters planning application (RM) was received by the Department on 20 April 2017.
“The development proposes a 4-storey office development for science and IT-based business of circa 5,000m2 gross floorspace at the former Fort George site.
"The proposal provides a second office building (Phase 2) at the North West Regional Science Park (NWRSP), the latter now renamed Catalyst Inc NW. This application remains under consideration by the Department, who is awaiting consultee input to the proposed scheme.”
The principle of development for the overall Fort George site was established in December 2015 for Major mixed use development to include residential, office, employment and education uses, and community facilities.
Once complete there is also expected to be retail, cafes, bars and restaurants with associated multi-storey and surface car parking.
Remediation works at the former naval base were initiated some years ago to deal with contaminants and Japanese knotweed. They began in May 2018 and were completed in April of this year.
The remediation works were carried out to prepare the site for future development.