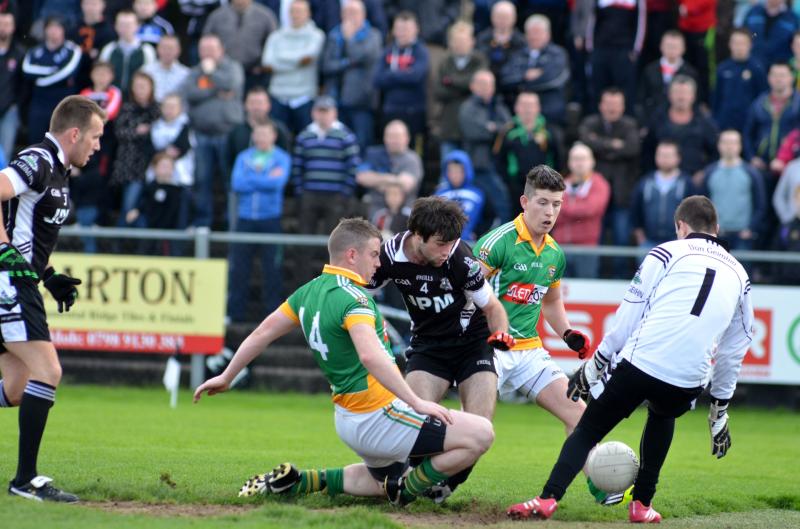 Action from the 2014 meeting of Foreglen and Dungiven. (Pic: Mary K Burke)

Dungiven take on Foreglen in the opening round of the Derry SFC.

The late Sunday evening slot at Owenbeg is always saved for the game with the most intrigue on the championship bill.

When the teams were pulled out of the hat at the draw, former club players Noel McFeely and Kieran McKeever gave a grin to one another. McFeely joked about Foreglen getting the home draw and taking Dungiven 'down the lane'.

Come Sunday evening, there will be a buzz as a Dungiven team on the ladder back towards the top flight come up against one of their great local rivals.

Kevin Johnston's decision to return from Australia has been a huge boost for Dungiven who have been putting a youthful blend into their side.

Behind top scorers Conor Murphy and Marty Burke, Cahir Higgins, Darragh McGilligan and Paddy O'Kane have been thrown in at the deep end. There has been a return between the posts this season for Kevin Farren.

Their draw with Kilrea and defeat to Drumsurn saw their Division 1B title hopes disappear from their own hands.  Kevin and Cahir O'Connor have been the focal point of a Foreglen attacking game that amassed 19 league goals this season, so Johnston's presence in the heart of their defence will be pivotal. O'Neill did push him into the attack against Glenullin, but it's hard to see that happening on Sunday evening.

If Dungiven are to get back playing top level league football, a win in the last 16 is the goal. Beating Foreglen is never easy, but a win would put them on the right track. Roll on Sunday.