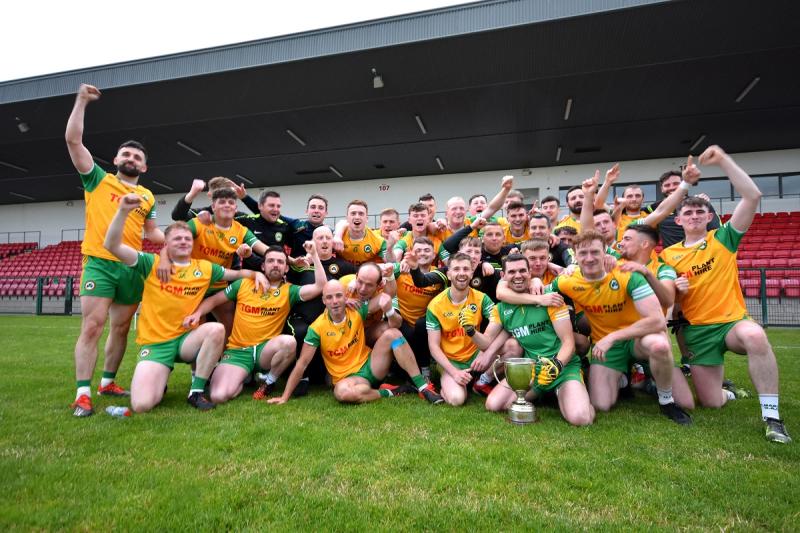 Desertmartin begin their 2021 defence of the Joe Brolly Cup with a trip to Celtic Park to take on Doire Colmcille.

Desertmartin were 0-19 to 0-7 winners when the sides met in last year's quarter-final.

With the Covid-19 lockdown in October, it took until this year for Desertmartin to lift the Joe Brolly Cup after their refixed final with Craigbane.

Doire Colmcille had another disappointing season, finishing the league without a win. Their only point came from a draw with Ardmore, but they ran Glack, Moneymore and more recently Sean Dolan's to narrow defeats.

If opening their campaign against the champions wasn't a daunting enough challenge, Desertmartin manager Kevin O'Neill has an even stronger hand at his disposal this season with a host of players who were too young for the 2020 season.

Lachlan Murray battered defences across Ulster and beyond as Derry minors won the All-Ireland minor championship and has already attracted attention from Rory Gallagher. Ryan McEldowney and Connor Shiels were also part of the Oakleafers' squad and it gives Desertmartin a fresh impetus.

Desertmartin also won their grade at minor and U16 earlier this year in the rescheduled finals, with more of those players coming into the squad. Ryan Henry has scored 1-18 in his first senior season and in-form wing back Eunan McElhennon has hit 2-9 in the last three games. It's impossible to see anything other than a win for the champions.

Murray kicks Desertmartin on their way to minor title