Ballinascreen hurlers' eye for goal makes the difference against Coleraine 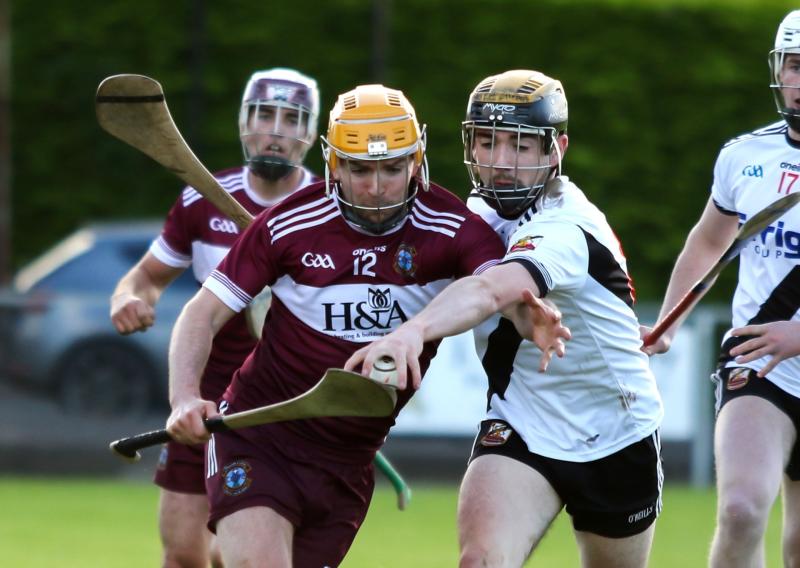 Goals from Michael Kennedy and John McCloskey made the difference as Ballinascreen overcame Coleraine for an away win that keeps the pressure on leaders Lavey.

The Erin's Own men were winners over 'Screen a week earlier to maintain their unbeaten run and had a bye on Wednesday night.

Ballinascreen, with the wind at their backs, were very wasteful with a host of wides against a Coleraine team that relied on ace scorer Sean McGoldrick and Dara Mooney to keep the scoreboard ticking over.

The sides were level (0-5 each) after 18 minutes. The home side then had a spell of dominance adding five unanswered points, Sean Leo McGoldrick and Dara Mooney with two each while Kosta Papachristopoulos added the fifth by the 28th minute.

Ballinascreen finished the half strongly and Michael Kennedy grabbed his first goal before half-time to leave matters level at the break, 1-8 to 0-11.

The second half began with a deluge of rain and a second Ballinascreen goal. After a save by the home 'keeper, John McCloskey was on hand from the rebound to notch a goal and put 'Screen 2-11 to 0-11 ahead

Sean Leo McGoldrick and Papachristopoulos tagged on further scores, but Kennedy scored his second goal to finish the game off a tight game in which Ballinascreen's eye for goal was the difference.

Cormac O'Doherty leads his team to big win at Owenbeg

Sean Martin Quinn's goal helped them on their way