A return to sport has lifted the mood of everyone 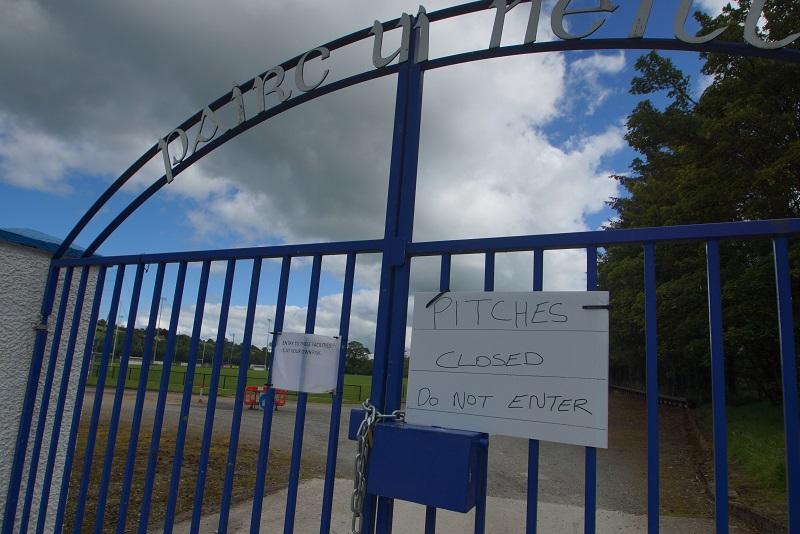 Hopefully the gates of sporting grounds are open for good.

For the first time in over a year, our five-a-side soccer What's App group sprung into life. Following in the footsteps of the barbers opening their doors and covering a Larkin Cup game, it was another sure sign to this column that we are returning to normal.

Unfortunately our soccer team didn't have the spring in our steps on our return to play last Wednesday. If we were a car, we'd be on the scrapheap.

The black smoke was bellowing out of the system and lights on the dashboard were flashing like a disco. Unless you're wee Co McEldowney. He never lost his wizardry and turned me inside out that many times, I didn't know what day it was.

But it was great. Banter, exercise and social interaction. Three things the sporting world missed by the lorry load.

We are all going to have to live with Covid and any signs of it raising its head to the level that sport pauses sporadically. But, for now, it's time to move on.

Two rounds of the club hurling leagues have came and gone, while the football league rolled over the horizon last weekend.

“You'll be busy now with the football being back,” is the most commonly used phrased offered in my general direction in the last few weeks.

It is busy, but just a different kind. The endless weeks of nostalgia and shooting the breeze with some of the characters of the past have been swapped with live sport. And it's great.

There is a buzz everywhere, with the mammoth boost that fans can make a return to game.

Also, it's great to see Derry senior footballers taking a step on the path on the upward spiral. The Everest of Croke Park competing for the biggest prizes is away in the distance, but the long-suffering Derry fans have a group of players what could grow into something special. When it trickles down, it lifts everyone.

Fixtures lists are bulging. Social media and these pages are awash with teams back in full flow. Oh, but we have missed it more than words can fully explain.

The increase in games puts a stress on the availability of referees. Club committees have all the Covid-19 administration to keep on top of. Even going to report on a game brings regulations and health questionnaires to be submitted.

This is the new norm, but to hear the sound of laughter and a balls thudding around pitches is music to ears that have been used to a silent wilderness of nothing.

What is also pleasing is how clubs have adopted with swelling numbers. The U13, U15 and U17 age groups have brought their own problems, with players out of underage before they are ready to compete at senior level. The U18.5 and U20 competitions, while they look good on paper, they are not the same.

But clubs have rolled out more recreational teams in the lower divisions to mop up anyone who wants to play a game.

The split season has given clubs their own identity back. As county teams get on with their own business, the rest of the GAA family have games aplenty.

In Derry, the abandonment of relegation through the leagues allows everything to carry on. Slaughtneil have16 county players across two codes, with up to 12 featuring regularly with their footballers last season. The new arrangement allows them to full commit to the county scene and gives the CCC a chance to let the show go on for everyone else.

The new situation isn't totally bulletproof. When the dust settles on the return to play, a return to some form of promotion via the leagues is required. Some clubs playing in the junior and intermediate leagues as a result of the restructuring have no avenue to progress.

It is the one tweak that needs considered for the long-term future of Derry's split season. As a dual county, it's not easy balancing all the plates.

But for now, games are coming with regularity and give everyone a chance to get back to how it used to be. Pitches are thronged with players of all ages.

As for our five-a-side team, if we take another tanking like we did last week, it might be time to break the bank and lure Jimmy McGuinness away from the clutches of Dundalk. His magic has worked with unfancied horses in the past. Maybe this is a bridge too far. Thankfully our offering is behind closed doors. Far from any watching prying eyes. But, sure lookit, it's great to be back.