A look at the last three games between the counties 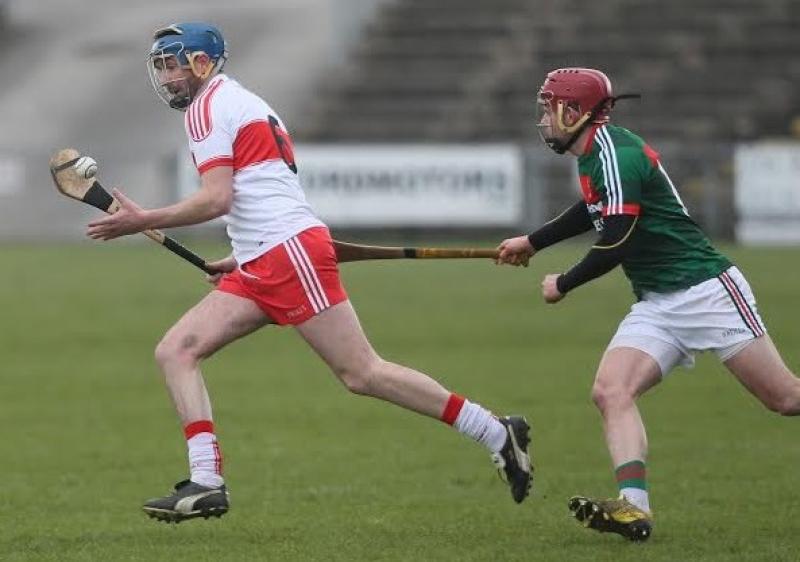 Kevin Hinphey in action for Derry during a one-point win over Mayo in Castlebar in 2017. (Pic: Michael Donnelly)

Derry will get their season off the ground on Sunday in Castlebar, but they have had a mixed record from their last three meetings.

Seven days after lifting the Nicky Rackard Cup, Mayo booked a return to the Christy Ring Cup after getting the better of Derry.

Despite lining out minus the services of dual star Keith Higgins, they raced into a seven-point lead early on thanks to a Darren McTigue goal.

Derry fought back to trail by 0-9 to 1-9 at the break and they took over in pole position for a brief period in the second-half with a Shane Farren penalty.

With the ever reliable Kenny Feeney in fine form, Mayo reeled off 10 points in comparison to their opponents' three to consign the Ulster men to the drop.

It was a narrow Derry victory with Brian Hunt’s late goal causing a scare but it would have been a satisfying journey up the road with two points in the bag.

By half-time, Derry had built up a 1-8 to 0-7 lead with Paul Cleary on finding his range and a penalty from Ruairi Convery.

Although Mayo were dominating possession Derry continued to keep the scoreboard ticking over and three points in four minutes midway through the second half put real daylight between the sides.

Trailing by six, Mayo scored five of the remaining six scores to make Derry sweat for the spoils.

Derry fell to their third defeat in as many games as a spirited Mayo came back from seven points down to keep hold of their unbeaten run.

Early scores from Alan Grant, Oisin McCloskey and a monstrous effort from goalkeeper Michael Kirkpatrick put Derry in cruise control – and set them on their way to a 0-9 to 0-3 half-time lead.

Mayo showed exactly why they have made such a superb start to their campaign in the second period as they held the home side to just a single point, with dual star Keith Higgins and substitute Kenny Feeney instrumental.

SUBS: O McKeever for B Quigley, A O’Donnell for N Smyth, B Quigley for O McKeever