A reward for over two decades of service 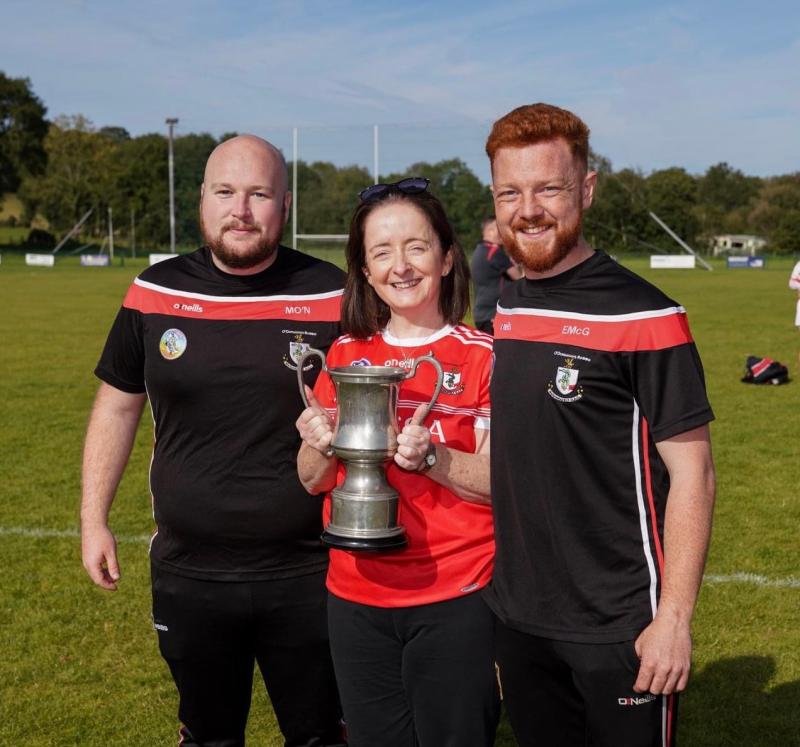 Magherafelt camogie Chairperson Sara Gribben was 'really chuffed' after being selected as Derry Camogie's Club Volunteer of the Year.

Gribben, a former playing member of Magherafelt, has been club Chairperson for 20 years and coached underage since her teenage years.

It was a fitting award in a season that saw Rossa seniors win the Derry junior camogie championship and land the U14 title.

Sara was nominated by the Magherafelt committee and was informed of the award by Dympna Dougan, Chairperson of Derry Camogie.

She will have to wait for clarification of when the presentation will take place. The usual awards evening in Croke Park is in doubt, due to restrictions with the Covid-19 pandemic.

“I was really chuffed to get it,” Sara told the County Derry Post. “We don't generally do what we do for any plaudits, it is just because we enjoy it. I suppose I have invested so much for so long, because I love to see other girls enjoy camogie as much as I did.”

After starting her career in the early 1980s, Sara hung up her boots in 2009 and channelled her efforts back into the club.

She acknowledges the increased difficulty recruiting volunteers such is the fast-paced nature of people's lives. In particular females, as they try to juggle sport with raising a family.

“What last year has demonstrated is what we took for granted,” Sara continued.

“Getting down to the pitch and meeting people. It is only when you can't do it that you realise how much you enjoyed it.”

From the busy schedule of coming home from work and heading out to the pitch, everything was brought to a halt.

“There are times you could've seen it far enough, it is only when you can't get near it that you'd love to be in the thick of it

“Last year was particularly precious. We didn't think we'd get any camogie at all, so it ended up being a great year for us with the seniors and U14s doing so well.

“That, in itself, was particularly special about 2020. Getting this award and recognition for it made it all the nicer.”