Tohill signs for another season with AFL side Collingwood

It will be the Swatragh man's third season at the club 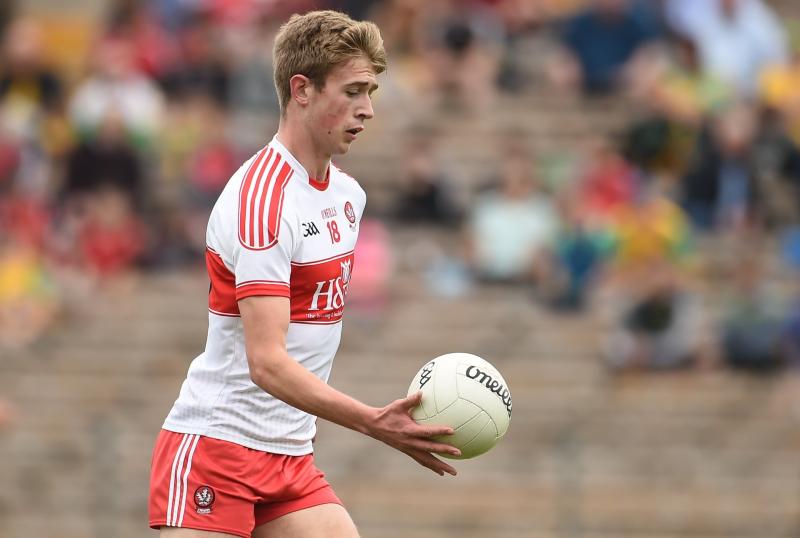 Anton Tohill will remain at Collingwood for a third season, the club have confirmed.

The Swatragh forward joined the club in 2018 on a two-year rookie contract, which expired at the end of the season.

With the AFL not clarifying salary caps, squad sizes and hence the number of signings until very recently, clubs were in limbo with December set as a date for finalising the Collingwood roster for next season.

"I can confirm that Anton has signed a one year deal with Collingwood, again as a Category B rookie. The 2021 campaign will be his third year with the club," said a club spokesperson, in a statement to the County Derry Post.

Tohill, an Ulster U20 winner with Derry in 2018, has played for the club's reserves in the VFL, but is yet to make his senior debut.

His father Anthony had a spell with the Melbourne Demons in the at the turn of the 1990s, before returning he help Derry's march to Sam in 1993.

Another former Derry player, Callum Brown, signed a new one-year deal with Sydney based club GWS Giants for the 2021 season.

On the other hand, Conor Glass returned from five years with Hawthorn and has already made his Derry debut under Rory Gallagher.