Interview: Time to get down to business for U20 boss Bradley 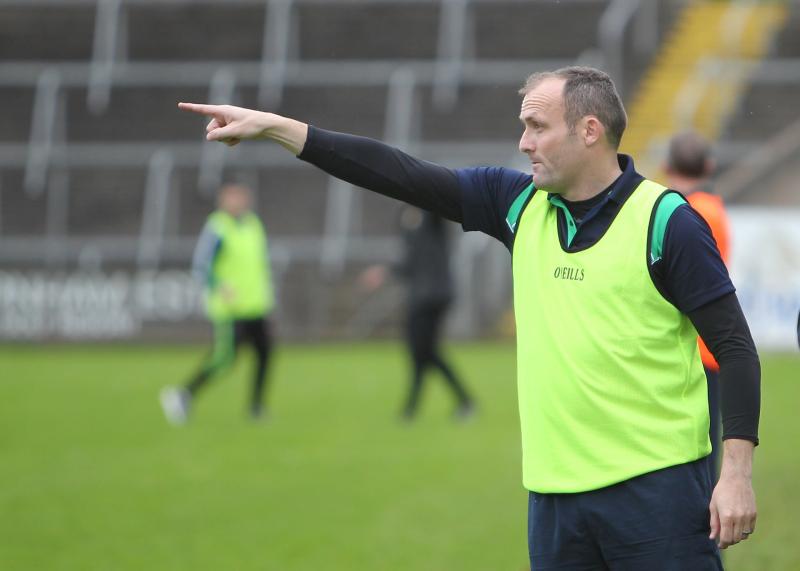 New Derry U20 football manager Paddy Bradley is using the next three weeks to finalise his panel.

Bradley was appointed last week as Mickey Donnelly's successor and the former Derry all-star forward has asked clubs to nominate players, with the aim of starting training with the squad in January.

“It is going to be a quick turnaround, but we are hearing the competition is going to be in March, so that only gives us January and February to work with the players,” Bradley told the County Derry Post.

“I have known Johnny since he was a Derry player,” Paddy points out. “He is somebody I have looked up to and is somebody I have been in his company loads of times over the years at different events. We'd have met to talk about football and all things Derry.”

McGurk also came with the endorsement of Kevin Brady, Bradley's assistant manager with Loup, who he will also manage this season alongside Derry U20s.

“He said Johnny was 'top class' and a great man in around the changing rooms (in his role with St Mary's Magherafelt), so it was a no brainer for me,” said Bradley.

He will share the coaching duties with Chris Collins, who was coach under Mickey Donnelly.

“I will have a good hand in that myself, I see myself as a coach as much as I am a manager, I'd be hands on that way,” Bradley pointed out.

The trio have already put their heads together to sift through the various school teams, the recent U17 graduates and will be able to see this year's group in action against Armagh later this month. On top of that, there is a desire to unearth players who have yet to wear a Derry jersey.

“We have got our heads together and looked at boys that have been breaking onto their club senior teams, who didn't have experience of minor or development squads,” Bradley added.

“I am not going to be picking a squad that has been through the (Derry development) system. If you look at Ryan McMenamin, Kevin McCloy...who weren't picked up until they were at senior level.”

Bradley also hopes the enthusiasm that follows a new setup will be a factor in getting the season off to a positive start.

“Johnny has won an All-Ireland and I have played for Derry, you are hoping people will see there is a new management and they are enthusiastic and want to give it a big push to break into the panel.”

The U20s will have access to the county's recently employed Strength and Conditioning coach Peter Hughes. Bradley is planning to link with Performance Analyst Ben McGuckin, as well as the new nutritionist. He is impressed by the support structures in place, some of which wasn't there during his playing career.

Ethan Doherty has already made his senior championship debut this season and Rory Gallagher having a look t two more U20 players, Ronan McFaul and Iarlaith Donaghy, as he also thinks towards 2021.

It's a situation Bradley found himself in, brought into the senior squad at 18 by Eamonn Coleman and was 'thrown into' senior championship football right away. In his three years of U21, he didn't train once and only played in two of those seasons for the U21s.

“I know how difficult it can be for a fella at 18 or 19 years of age, playing league football and trying to win Ulster championships with the senior team and that's his focus. It is very hard to step back and be an U20 player,” Bradley acknowledges.

“Stephen Barker has spoken to Rory and he is keen to meet me about it and get something sorted. I am very hopeful we can come to sort of an arrangement about Ethan and the other two lads.

“I am all for boys raining with the seniors, it is going to bring you on leaps and bounds, coming up against better quality footballers.

“Rory and the management has identified those as players ready to make the step up. That's the ultimate goal...preparing boys to play senior football and be better senior footballers for Derry.”

While Bradley beats the drum of development and how the senior team is the 'flagship', with everything feeding down in the U20s and U17s, he feels Derry have the tools for success under his watch.

“Trust me, with the talent that is there,” he said. “And with more coming through over the next couple of years, we want to be winning titles.

“But at the same time our focus will be on developing players, a pathway to try and progress boys into a senior squad. It's the model other counties are doing and Derry are trying to follow that.”

Another discussion will surround the crossover with teams preparing for the MacRory and MacLarnon Cups, which is expected to take a knock-out format in January when the minor championship ends.

Last year, Mickey Donnelly wasn't able to call on some of his panel, including Ethan Doherty, who had opted to concentrate on the MacRory Cup.

Bradley, a past-pupil of St Patrick's Maghera, accepts that it will be a 'difficult' balance to find, but is 'up for it' and 'positive' in getting a solution which is best for the players.

“The hope is we can come to some sort of an arrangement with the schools,” said Bradley, who will have a coaching relationship with Kevin Brady and Johnny McGurk, making the link with St Mary's Magherafelt.

“Myself and Sean Marty (Lockhart) are very friendly, I would hope I could work with himself and Paul Hughes. In St Pius, Padraig O'Kane and John Heaney are there, so I have good links there too.

“The hope is that the communication with the three or four schools can be good and we will be able to come to some sort of an arrangement to benefit the county and the schools.”

Adding the county commitment to managing Loup for a second season was only something he was going commit to when he knew there would be little or no crossover in the seasons.

“I love being on a football field,” he sums up. “I love working with youngsters and senior teams, trying to make them better players and trying to win things. I love that camaraderie you get from being in a dressing room.”

For not, it's time to get down to business.