Hasson feels successful days are 'just around the corner' 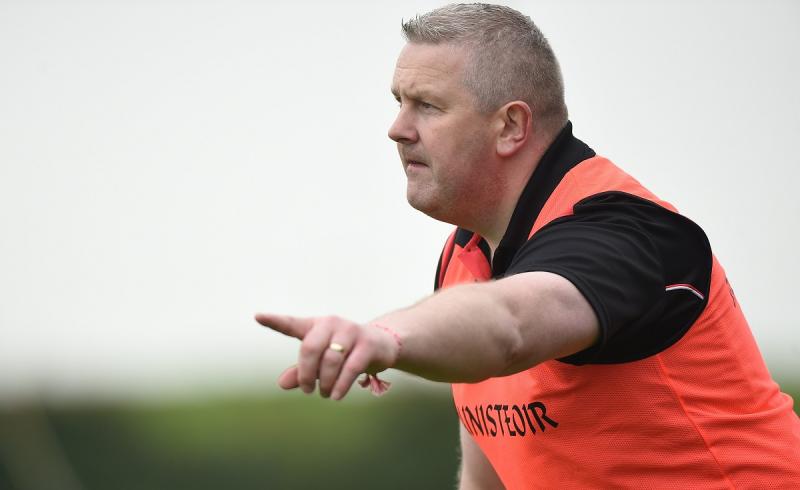 Derry have begun their search for a 'high-calibre' caretaker manager ahead of their forthcoming Ulster Final against Fermanagh.
Paul Hasson stepped down from the post on Saturday and Derry LGFA have released a statement to highlight their 'regret' after they 'parted ways' with Hasson.
Derry were beaten by Antrim in the All-Ireland championship, after getting off to a positive start.
“It's a young team and thankfully there is a good mix of experienced players to bring on the youth, that's what we asked for at the start of the year,” Hasson told the County Derry Post after their defeat to Antrim.
"If that team stays together, they can be a force to be reckoned with.”
Since the defeat, the Ballinascreen man has made the decision to step down as manager.
"We would like to thank Paul and his management team, Sean Laverty, Andy Barr, Damián Nugent and Sinead Brady for their hard work and dedication during what has been a very difficult year. We wish him and his team all the very best in the future," said Derry LGFA Chairperson Allan McClune.
“We have begun the search for a new high-calibre care-taker management team, who will guide our girls forward confidently for the upcoming 2020 Ulster final against Fermanagh," he continued.
"We will be seeking a management team that shares our values, our principles and our philosophy; a management team who can continue the growth of the Derry Senior Ladies team and build on our strong foundation – a foundation led by an ambitious vision and plan set in place by the Derry County Board and previous management”
Paul Hasson has also released a statement.
“I’d like to wholeheartedly thank the rest of the management team Sinead, Damián, Andy and Sean for all their expertise and sacrifices they have given throughout this year," he outlined.
"Also to the players who have bought into what we have been trying to achieve and have given so much commitment to turn things around in a very unique year.
"A lot of bridges have been built this season, which haven’t been there before and will hopefully stay in place now going forward, over fifty players came out throughout this year which was remarkable considering the pandemic and effect it has had on everyone.
"Also I’d like to thank the Derry County Board for all the tireless work behind the scenes. This is a fantastic opportunity for someone to work with a dedicated hard working and very talented group of players. I sincerely hope that the new panel that has been built this season stays together and continues to develop, knowing that successful days will surely be just around the corner yet again.”
Paul Grant has also stepped down from his role as minor manager, following a decision to relocate to his native County Down after steering Coleraine to the Derry Junior Championship title.
Andy Barr has stepped in as caretaker manager of the minor team.