Opinion: Clubs need to make their voice heard against GAA own goal 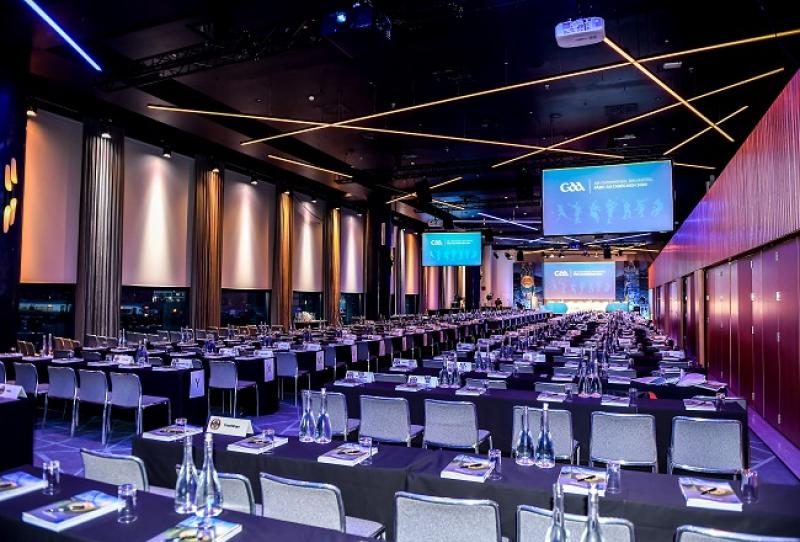 Some things just make you tear your hair out, well...at least what's left of it.

In one regard, last Saturday was an exciting day for Derry. Beating Longford was irrelevant, it was the manner that was important.

Rory Gallagher handed out another four league debuts, taking his total to 11.

There were 12 different scorers. No longer will Shane McGuigan have to carry them around on his square, but young shoulders.

Ethan Doherty put in a tremendous shift on his debut. Paul Cassidy marked his first senior outing by thumping home a goal. It took Patrick Kearney four years to break into the side and on his first league start, he smashed to the net.

Oisin McWilliams showed some glimpses when he came on, adding to the fine season with Swatragh. Add in Conor McCluskey, who didn't start. He's been sensational in the last two seasons for Magherafelt.

Of the 20 players used, only Niall Loughlin, Paul Cassidy and Gavin O'Neill have not played in a senior county final, an Ulster U20/U21 or minor final.

Then there was the Glass factor. Australia's loss is Glen and Derry's gain. He was involved in the move that led to Cassidy's goal. He won a free for Loughlin to tap over and looked like a man among boys when he caught a mark in Derry's defence. And he is a top notch guy to boot.

It was the sort of performance that, only the gates are closed to fans, would've brought a following to Tullamore on Sunday. Armagh in the championship will be a step up, but, for me, it is the perfect championship draw.

That's the positive side of Saturday. The email clubs received earlier in the day tells them where exactly they sit in the pecking order.

Derry CCC, following on from the GAA's lead, informed them that the underage gradings for the 2021 'will be' changed to U13, U15 and U17.

What a kick in the teeth on so many fronts.

The GAA can dress U20/U19 and Development League and Championships up all they want, this ruling means that those who played their last year of U16 football in 2019 are now senior players.

Magherafelt were A champions at U16 last year, the same season they had a senior panel of 33, of which it's hard to see anyone outside of Joe Keenan, Jared Monaghan and Darren O'Neill considering retirement. The trio mentioned...why would they leave a squad that has competed in the last two senior finals?

For that same county senior final, Glen had 48 players listed in the programme. They were also in the minor final and with Conor Glass home from Oz, with the lure of a new manager always bringing players out from everywhere – where are the players who are over the bar for U17 going to fit. They have reportedly 15 players overage for U17 next season.  Under the old system, it would've been nine.

Clubs like Limavady, Ballinascreen and Dungiven are the same. Who is going to stick around and fully commit to an U20 team.

It will allow our young players, who successfully mix with other sports such as soccer and rugby, a wider berth to devote more of their time to non-GAA sports, where they will have two coaching sessions a week and a game at the weekend.

All young players want is games.

In smaller clubs, the pool of players for an U19 or U20 team might not be there, given the need for promising players to be parachuted straight into the senior team.

There will be an element that sign up to individual sports like running and cycling, but others will be left high and dry.

The circle of friends they have built themselves around has been smashed to smithereens by the very association that invited them through their gates at the age of six.

There are not many Paddy McBreartys, Benny Coulters or Ryan Bells, who are ready to step into a senior team once they emerge from minor.

In chapter 1 of the GAA's Official Guide, the basic aim (1.2) involves strengthening the National Identity in a 32 County Ireland through the preservation and promotion of Gaelic Games and pastimes.

Section 1.4 (a) tells us that the GAA will assist in promoting a community spirit through its clubs.

This move to U13, U15 and U17, in my view, is elitist. The motion to force it at the 2019 Congress was withdrawn and later that year, the association produced an 84-page Talent Academy and Player Development Review.

One of it's recommendations read as follows:

“In order to bring synergy between club and inter-county competitions, it is recommended that all counties prioritise competitions at the following age grades: U13, U15 and U17 levels.”

To be fair to the report, it has a lot of well-delivered material in it and joined up thinking is a necessity between school, club and county.

My concern is that of the 'over 1,000' stakeholders it consulted, 130 were full-time GAA staff and a further 192 county board officers – twice as many as the 160 U16 players who are those most affected.

As I said, the joined up thinking is to be commended and the 11 individuals are well-placed to investigate the direction the association needs to go.

But, for the new age grades – which is a seismic change to the association – to be forced on clubs, the cohort affected the most, that is wrong. Proper consultation was needed.

In my view, keep the age groups as they are. Or better still, follow the 68 percent of congress who voted for motion 31 to be passed in February of this year and allow counties to 'determine its own' structure, rather than just follow the party line.

This is what Derry needs to do. Leave the age groups alone. It's like the old county minor system, where Cavan, Monaghan and Donegal didn't play championship during the Leaving Cert and the rest of Ulster had to plough on through their A-Levels.

From chatting to parents of the Drumloman Gaels' minor team who played Lavey last year, they had experience of the U13, U15 and U17. They felt it was a hindrance and players didn't get any football.

To be fair to Derry CCC, when the adult leagues weren't working, they changed them. The club voice has been heard.

In Derry, as this column has alluded to in the past, we have a standard of players in our clubs, schools and minor teams that rival anything out there.

Conor Glass. Shane McGuigan. Paul Cassidy. Conor McCluskey. Patrick Kearney. The old structures didn't do them any harm, nor will it hinder the generations who will follow them from clubs, through schools and into county teams.

Regardless of what Croke Park say, it's time clubs did their 2021 U18 players a favour...ask them what they think of their new grades for next season. They are the people who really matter.

It's not as if there is anything else to do inside the closed gates of clubs at the minute.

If you don't, you're failing them. And other sports will gladly take those you lose.