The Mapies not set to finalise their 2021 list until December 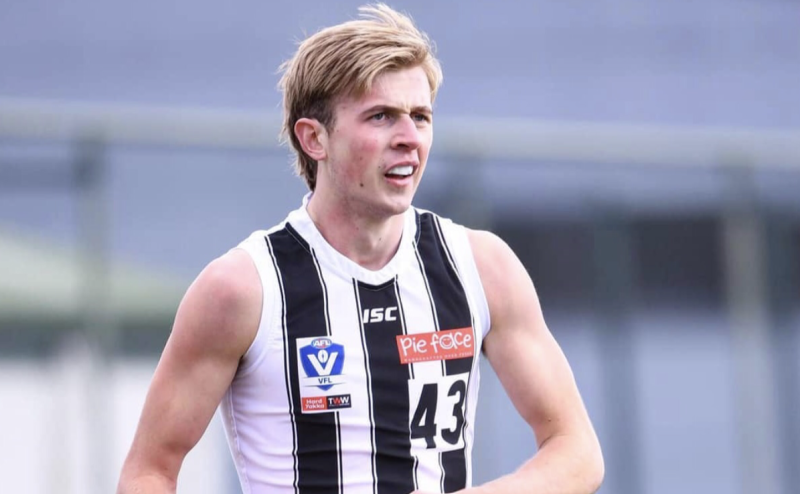 Anton Tohill is currently out of contract

Anton Tohill may have to wait until December to see if he is offered a new contract by AFL club Collingwood.

The Swatragh forward joined the club in 2018 on a two-year rookie contract, which expired at the end of the season.

He has played for the club's reserves in the VFL, but is yet to make his senior debut.

With the AFL not clarifying salary caps, squad sizes and hence the number of signings, all clubs are in limbo with December set as a date for finalising the Collingwood roster for next season.

The Magpies have signed Cork's Mark Keane on a two-year contract. Keane, listed as a key defender,  joined the club with Tohill, made his senior debut against Fremantle this season and was offered a new deal with Josh Daicos and Darcy Moore.

Midfielder Tim Broomhead and defender Matthew Scharenberg leave the club after not being offered contracts for 2021, while veteran Lynden Dunn has also announced his retirement, with Keane likely to push for his spot.

Scharenberg played 41 games in total, but following three knee reconstructions he only featured three times this season.  Broomhead's one outing this year took his total appearances to 37.

Another Derry man yet to make his debut, Callum Brown, is also out of contract after his rookie contract expired with GWS Giants.

It comes at a time when Conor Glass returns after five years at Hawthorn, where he played 21 games and scored two goals.  Glass is back training with Derry this week, as Rory Gallagher's squad prepare for the season's conclusion after lockdown.