Conor Glass has returned to training with Derry 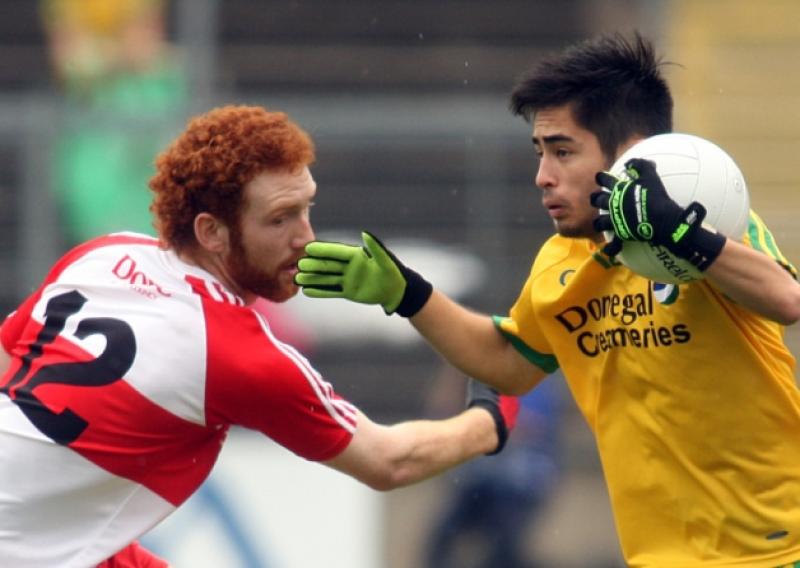 Conor Glass has returned to training with Derry this week, but manager Rory Gallagher told DerryNow.com it's 'too early' to decide if the former AFL rules player will play a part when the NFL resumes this weekend.

Glass flew home from Australia on Sunday and has not needed to self-isolate.  He trained on Monday and the squad are due to continue their preparations on Wednesday night.

The Glen man's second last game of Gaelic football was the 2015 All-Ireland minor quarter-final win over Longford and Derry host them at Celtic Park (4.30) on Saturday.

"There is a wee bit of jetlag, but he (Glass) looks fit, he looks fresh and he looks healthy," said Gallagher, who has yet to make a call on the former minor captain's inclusion.

"It's too early yet. The last day, we did a wee bit of light skills work, so we'll see how he goes with football over the next day or two.

"We are looking forward to playing games.  It takes a session or two to get the club scene out of everybody's system but it is full focus now on Derry."

The Oakleafers are set to be without Jack Doherty, after his hamstring injury in Glen's championship defeat to Slaughtneil, while Ruairi Mooney is also out of contention.

"This week will come a bit too early for Jack, it will probably be next week (v Offaly).  Ruairi Mooney is on the injury list. He played some (club) championship, but we took the view of rehabbing him for the next period of weeks."

Thomas Mallon has joined the management team as goalkeeping coach, Liam McGoldrick, Niall Keenan, Conor McAtamney and Ryan Bell are among those no longer on the new streamlined panel.

Longford had made representation to have the game moved out of Celtic Park, citing Covid-19 concerns.  A Derry spokesperson has indicated the game is going ahead in the city as planned.

While Lonford's focus is firmly on the Leinster Championship first round clash against Louth on the October Bank Holiday weekend, they are looking for a win over Derry to keep their promotion hopes alive and Davis is in a positive frame of mind.

“All the available players are now back with us and since the return to county training in the middle of September the response has been unbelievable," said manager Padraic Davis in an interview with the Longford Leader.

“Myself and the other members of the management team are working with a so committed squad despite the constant Covid fears.

“While it is great to see Robbie Smyth returning we unfortunately have lost a couple of players who were also back in the panel. Barry McKeon and Darran Quinn are both ruled out with recurring injury problems which is a blow."

“It is hard to know what to expect against Derry but at their best they are difficult to beat and particularly so with home advantage," stated Davis.

Derry will play Armagh at Celtic Park in the Ulster SFC on Sunday, November 1, a game that will also be televised live on BBC.