Dolan's must clamp down on Magilligan as championship gets real 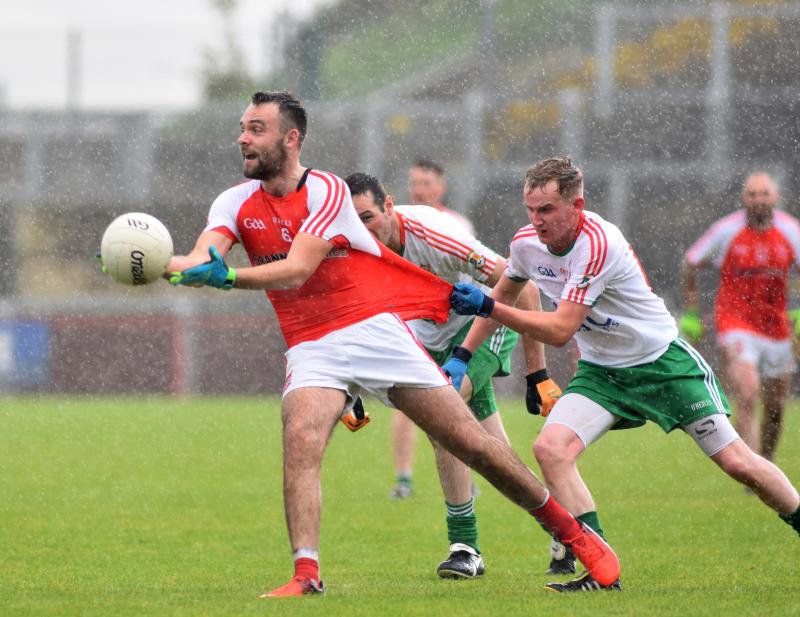 After the shadow-boxing of the group stages, the junior championship starts for real this weekend with all four quarter-finals down for decision.

Last year's beaten finalists Drum were the big losers in a five-team Group A, which saw them finish bottom and drop out of the race to lift the Joe Brolly Cup.

The action begins tomorrow night (Friday) as 2016 champions Magilligan take on Sean Dolan's, who last won the title in their treble winning season under manager Geoffrey McGonigle in 2009.

Brian O'Donnell is now in charge of the Piggery Ridge side and they pushed Ballerin to the pin of their collar in the opening game of the group stages. The home side edged over the line thanks to a late Paul Keane free.

Dolan's have once again built their attack around Odhrán McKane, who continues his fine form from last season. It wasn't until Ballerin got a handle on him that they pulled through.

He hit nine points in their win over Ardmore and their Round 3 win over city rivals Doire Colmcille saw him seal second place and a date with Magilligan.

O'Donnell has a formidable midfield pairing in Ryan Deery and Eamon McGinley, who got his red-carded rescinded from the Ardmore game.

Kevin Nixon, Mark O'Kane and Joe Gallagher all help in the scoring stakes, but Dolan's will need to have their defence tuned to perfection on Friday night.

Magilligan were in the much tougher Group A with seasoned intermediate teams Desertmartin and Craigbane, as well as Moneymore, who were champions in 2014 and lost the final two years ago.

Under joint managers Kevin Morrow and Shane Kealey, Magilligan have played an exciting brand of football and they will be more battle-hardened.

Eoin Canning and Tom Mullan have both played at full back in the group stages, alongside the experienced Michael McLaughlin who skippered them to their last title.

In the middle third, Eoin Kelly and Ryan Barr could play at centre back. In the absence of Ciaran O'Hare, James Payne has played at midfield, where Cathal McCrudden has also featured.

Magilligan pushed Drum every step of the way in the semi-finals, with Colly Mullan sharp in their attack. Conor Logue (2-4) and Connor Canning (0-11) have helped share the attacking burden, with James Gaile and Ethan McLaughlin also chipping in.

It's a game that could go either way, but Magilligan have a more dangerous attack and the tougher tests will have them well prepared.

Doire Colmcille will face a testing afternoon against a Desertmartin team who dropped out of the intermediate following Derry's newly restructured league and championship format.

The Martin's won their first championship game since 2015 when they beat Moneymore in the first game of the season. They are under the management of Derry captain Chrissy McKaigue and his Slaughtneil club mate Kevin O'Neill.

Desertmartin's only defeat was at home to a Lee Moore inspired Craigbane side, a game they started well in.

In their win over Moneymore, it was their running game that did most of the damage, with Eunan McElhennon and Martin Mackle to the fore.

Against Craigbane, McElhennon raced through to score an early goal, but it was their variation that caused the greater problems. Enda McGuckin and Gregory McGovern played as a two-man inside forward unit and every time they attacked, Craigbane's defence was creaking.

They will look to Adie Treanor and Declan Murray to give them additional scoring power.

For Colmcille, they have been at the lower end of the league in recent seasons and have never put any stamp on the championship.

Malachy Campbell, Ryan Loughran and Damien Watson hold the key to stopping Desertmartin. Manager Robby Doherty will need his half forward unit to stop Desertmartin's defence from joining the attack and get the ball to their own inside forwards Mickey McCallion and newcomer Daley Powell.

Desertmartin have been playing at a higher level last season and in the group stages. It's hard to see anything other than a win for the Martin's.

Ballerin v Moneymore
Saturday (1.00) – Ballinascreen
Ref: Harry Tohill (Greenlough)
They may have topped their group, but aside from grinding out a win at home to Sean Dolan's, manager Brian Deighan won't know the full story about his side.

Are they ready for the battle?

This game is a case study for how imbalanced the groups were and with only three games to their name, Ballerin are going into Sunday's clash at Ballinascreen undercooked. 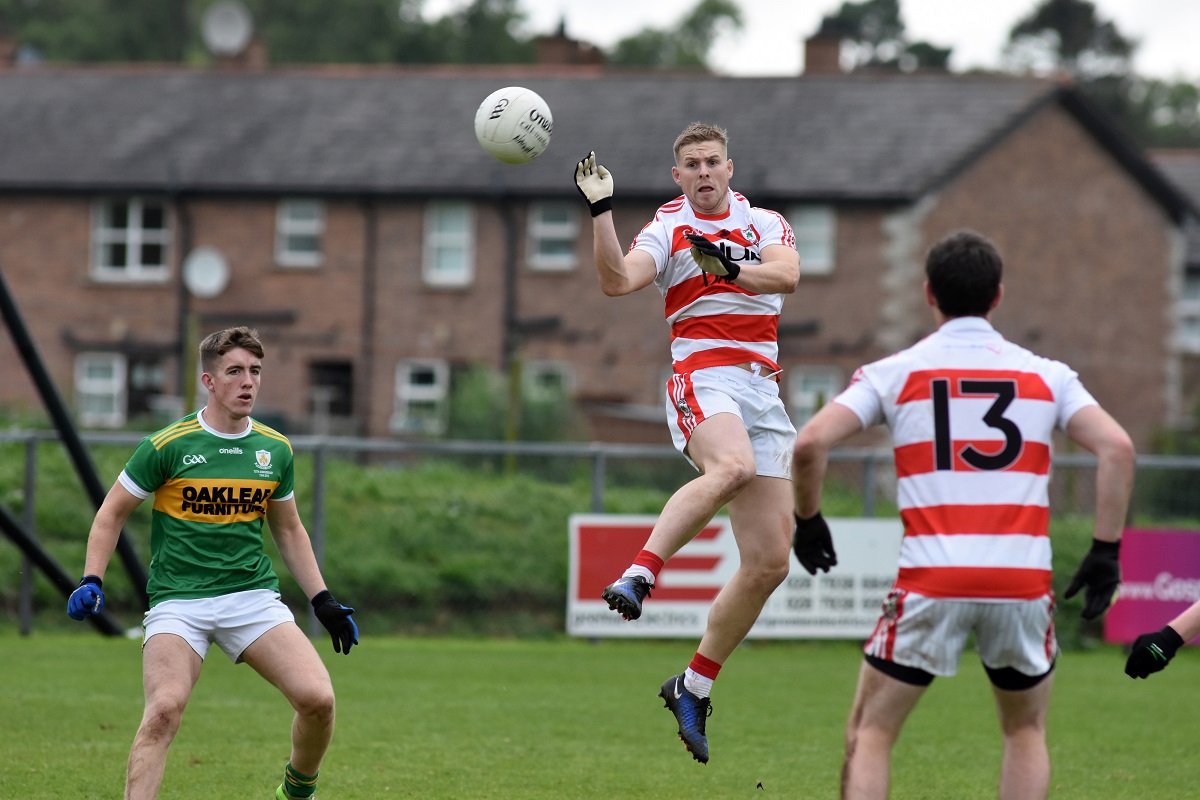 Moneymore shipped a seven-point defeat against Desertmartin and have been competitive in the rest of their games.

They had goalkeeper Padraig Donaghy to thank for their win over Drum, after his save from Donal Brolly changed the game.

The Joys' defeat to Magilligan saw them destined to finish no higher than fourth.

Having Patrick Feeney back on board after the injury he sustained against Desertmartin gives them an attacking boost. He has been their playmaker from wing back.

Their conundrum will surround where they play Christy Young. Ballerin's attack is a potent one and Moneymore will need to at least break even at midfield against Jarlath Bradley and Pearse McIntyre.

Young has played in attack, but they may bring him and Stephen Scullion to midfield to help control that area.

In tight games, the team with the better attacking unit usually prevails. Gary Keane, with 2-25, is the championship's top scorer. If Moneymore can shackle him, Eugene Mullan, Paul Keane and Paul Ferris will chip in with enough scores to see them through.

It has the makings of a tough encounter and extra-time could even come into the mix, but the Sarsfield's should book their spot in the last four.

Ardmore v Craigbane
Saturday (1.00) – Slaughtmanus
Ref: Paul Quigley (Doire Trasna)
Craigbane's reward for finishing top of the table is a clash with an Ardmore side who lost all three group games.

Manager James McGrath has blooded more of Craigbane's talented underage players and, as the win over Desertmartin showed, they have the experience to pull themselves through in tight games.

In Lee Moore, they have one of the best forwards in the league. Their concern will be how they looked vulnerable at the back against Desertmartin and followed it up by conceding four goals against Drum.

They are overwhelming favourites going into the quarter finals and it would be the shock of the season, if they don't appear in the semi-final draw.