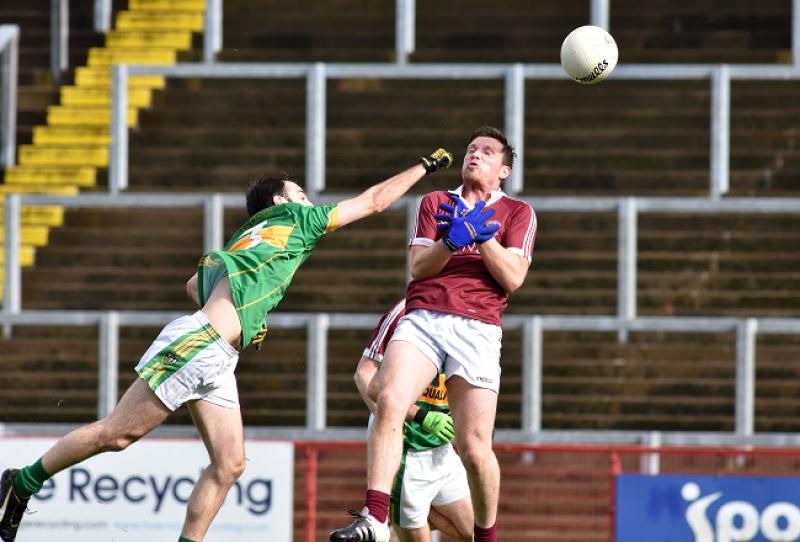 Phily O'Connell and Sé McGuigan battle for a ball in the Glen defence in the 2017 semi-final at Celtic Park (Pic: Mary K Burke)

For the third time in four seasons, Glen and Slaughtneil go head to head in the Derry senior championship.

The Watties won last year's semi-final clash, after falling to their rivals at the same stage in 2017, a game that was moved to Celtic Park at the eleventh hour after Owenbeg was declared unplayable after Ballinascreen's win over Greenlough.

The game will attract huge attention will be one of two games streamed live that weekend.

Champions Magherafelt take on Swatragh in Bellaghy on Saturday, with Ballinderry playing Ballinascreen on Saturday afternoon.

The tie of the intermediate championship is Steelstown's clash with Drumsurn.