Glen finish in top spot ahead of Derry SFC last 16 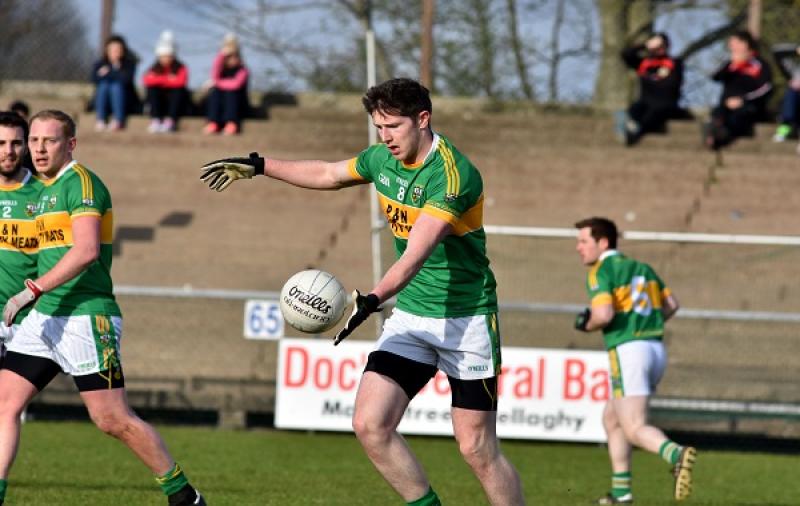 Emmet Bradley was among the scorers for Glen (Pic: Mary K Burke)t

Glen overcame Ballinderry at Shamrock Park to clinch top spot in the group ahead of next month's last 16 knock-out stages.

Ciaran McFaul came back into the team and got Glen off the mark. In a tight first half, Oisin Mullan opened the Shamrocks' account after five minutes.

Emmet Bradley edged Glen ahead, but they lost Conor Convery to a black card after 10 minutes.

Three frees from the boot of Ryan Bell and a nice score from open play from Connor Nevin kept Ballinderry in contention.

Ryan Bell, from an advanced mark, was on target for Ballinderry on the restart, but was forced off with reports of a hamstring injury.

Glen finished out the game with points from Gunning (free) and the Doherty brothers – Alex and Jack.

Magherafelt 2-10
Banagher 0-10
An early goal from Niall Higgins put champions Magherafelt on their way to victory at Banagher, to secure second in the group.

The story of the game for Rossa was the return of Michael McEvoy to the side, when he came in for Jared Monaghan to make his first appearance since last season's Larkin Cup.

In the first attack of the game, Conor Kearns' direct ball found Higgins, who turned inside two defenders before slotting across goalkeeper McDermott to the bottom corner of the net.

Kearns came forward to kick a point from the wing, with Shane Heavron burling a fine score to help Adrian Cush's side into a 1-6 to 0-5 point by half-time, with Niall Moore among Bananger's first half scorers.

Midway through the second half, Magherafelt struck for their second goal. Danny Hearvon's high ball to brother Shane was broken loose and Emmett McGuckin pulled on the ball to the net, for a 2-9 to 0-6 lead.

Conor Feeney and Shane Heavron, his sixth of the day, rounded off the scoring and they now await the draw for the main event in September.

Grab Tuesday's County Derry Post for two feature games and an extensive round up of all senior, intermediate and junior games.