Underage coaches need to realise the importance of bringing everyone along 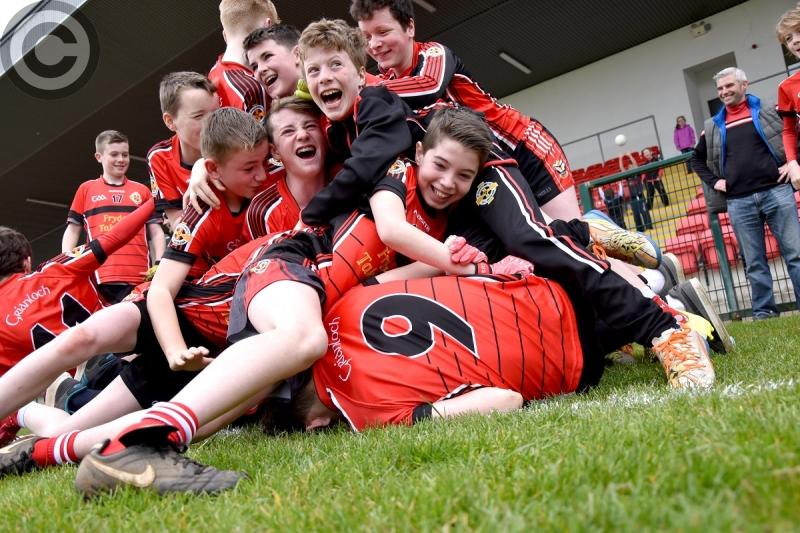 “Daddy, why am I always a sub?” How are we supposed to answer a question like that from an underage player? The word that sticks out is 'always'.

Is it any wonder after weeks, months and years of looking out at their peers playing in the middle of the action, many of our players will just throw in the towel.

Bulging benches at U14 level soon subside and by the time minor level comes along, clubs can sometimes be scraping to get 15 and have to go dipping into the U16s.

Worse still, some of the star underage players don't cut the mustard at senior level. The bright lights and party scene of university becomes too appealing for some. For others, study and work will take them out of the country, never to return. Some may fall out with the club and out of love with sport.

The other scenario, one that is all too common, is the man child who relies on power and when everyone else grows up, they haven't the skill to offer anything more against players who have caught up in the physicality stakes.

At the end of the day, in my opinion, underage is about giving the youth a purpose within a healthy lifestyle and a social circle. It needs to provide players for the senior team and strive to pick up some silverware along the way. If a club can do this and win every title along the way, then even better.

In an ideal world, the club U21 championship would be the best barometer of success. By that point, the players have demonstrated a level of commitment to stay on board for the guts of 10 years and could backbone the senior team for a further 10.

Perhaps with the GPA's new proposal for a split season, county boards will be able to properly schedule their U21 grade so it gets the proper slot. In recent seasons, Slaughtneil, Glen, Lavey and Magherafelt have pulled out of the competition as their main players were preparing for senior county finals.

It's the younger grades that are the concern, as many coaches adopt a win at all costs attitude to their teams. I once heard an U14 manager talking about needing an extra session per week to prepare for a 'big game'. The fixture in question was a Féile group game. For the love of God, people need to take a step back.

If you have a team talented enough to reach a final, then go all out to win it. As a general rule, don't listen to the doting parents chirping over the wire about getting the perceived strongest team out. Most of the time, they only have their son's or daughter's interest in mind and not the club's overall health 10 years down the tracks.

All underage leagues and group games should be treated accordingly, a chance to develop. In any panel of players, there will be many different levels of skill and physique.

Any club serious about underage, will have enough helpers with their teams to cater for it. Set them targets. Condition players to work on their weak side if they have mastered a skill. Or better still, encourage them to improve the pace of its execution and challenge them to make better decisions when in possession.

For players that are struggling with a skill, that's the difficult part. That is real coaching, requiring both patience and dedication, with very little instant satisfaction. The earlier in the players' coaching journey, the easier it will be. Break down the skill into manageable chunks. Where possible, link in with parents, so it can be worked on outside of training sessions. Parents have to take ownership as well. Even something as simple as video examples posted in a Whats App group.

In many ways, this is where the most improvement will happen. There will be late developers, sometimes returning from other sports, but invariably those who strive to improve will always blossom.

If you can't bring them all along with you, then you can't say you didn't try. At the end of the day, GAA is not for everyone. There are other sports and interests out there.

The approach to games is the deal-breaker. It will dictate how many players you will retain. Managers should arm themselves with a piece of paper to plot a grid of who starts each game, how many minutes (roughly) they play and how long each substitute gets on the pitch for. Make a note of any players who have had school games that week or with the age group above. It will allow you to give more action to those who need it.

All through the league, maintain a strong spine to your team so that it can always be competitive, but make some of your key players sit out some action and challenge others to play central roles in the absence of the so called 'star' players. Better still, play them in different positions and tinker about as much as you can. Does anyone really care who wins an underage league or blitz game?

Give others an opportunity to wear a starting jersey and watch how your grid changes. Make sure everyone gets starting in a number of games and not token five-minute appearances when the game is over. Youngsters are far from stupid. It's amazing what a jersey number below 16 can do for someone's self esteem. It can feed into the development work you have been talking to the parents about.

At the end of the day, championship is where the main focus will always be. And rightly so. A competitive edge must also be developed. If you can get a number of challenge games in and everyone gets playing, it will help maintain a bigger squad. This enables your coaching team to divide themselves up to work on different players and aspects of play. Take turns to be the stats person for a night to count things like use of weaker side, playing the final pass for a goal or the number of blocks. It is the perfect psychology to get inside the heads of the players in the top bracket of your squad. Also fire in wee reminders to others you see improving.

In Thursday's documentary, iconic Meath midfielder Gerry McEntee referred to how Seán Boylan would always have one on one chats and make him feel like he was the most important person in the world. It was a persona that made people want to improve.

Mary K Burke snapped this gem of a photo (above) from a recent Féile final. Look at the joy on the youngsters' faces. Victory helps instil that type of emotion, but imagine an environment where everyone felt like that. Coaching sessions where learning overspills into laughter and where every player gets their fair share of game time. Imagine. That world would be a much better place, somewhere nobody would ever want to leave.