Slaughtneil top the group with victory over Coleraine

The Emmet's went 23 minutes without a score 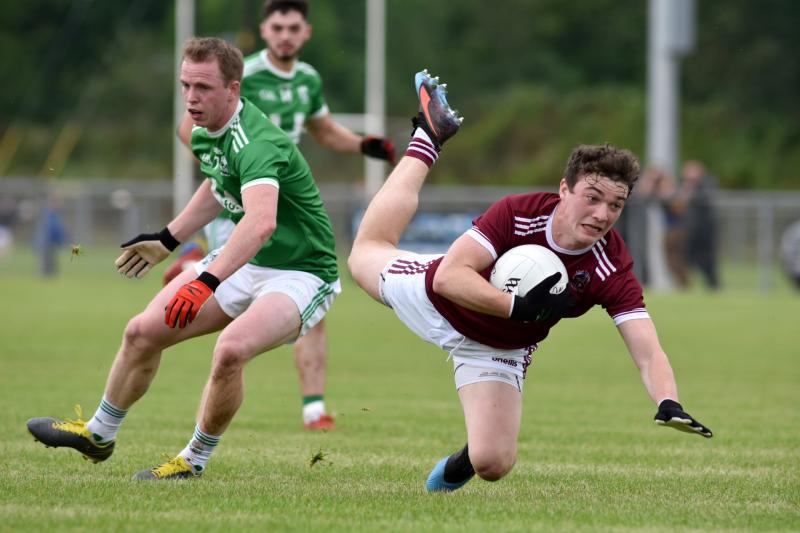 With the minimum of fuss, Slaughtneil waltzed out of the Saturday sun and into the week off as group leaders, with one eye looking towards their Round 3 clash with Lavey, and the other glancing to the business end over the horizon.

When Shane McGuigan made hay in the space in front of Niall Holly to kick four points in as many minutes, including a deft curler with his less-preferred right peg, it looked like Coleraine were in for a long afternoon.

After going 0-7 to 0-0 head, the Emmet's failed to score for 23 minutes, despite creating enough decent chances.

Early in the second half, Aidan McGonigle and Liam Ferris combined in the corner before releasing Shay McLaughlin. As be was bearing down on goal, he was pushed by Fergal Bradley and Colm McGoldrick tucked away the penalty.

With the score 0-8 to 1-2, Slaughtneil had a penalty of their own minutes later. Sé McGuigan picked up a perfect Sean Cassidy pass putting him through, where he was impeded by Anton Rafferty and Shane slotted his kick to the bottom corner.

More details in Tuesday's County Derry Post, with a full roundup of all the weekend's championship action.