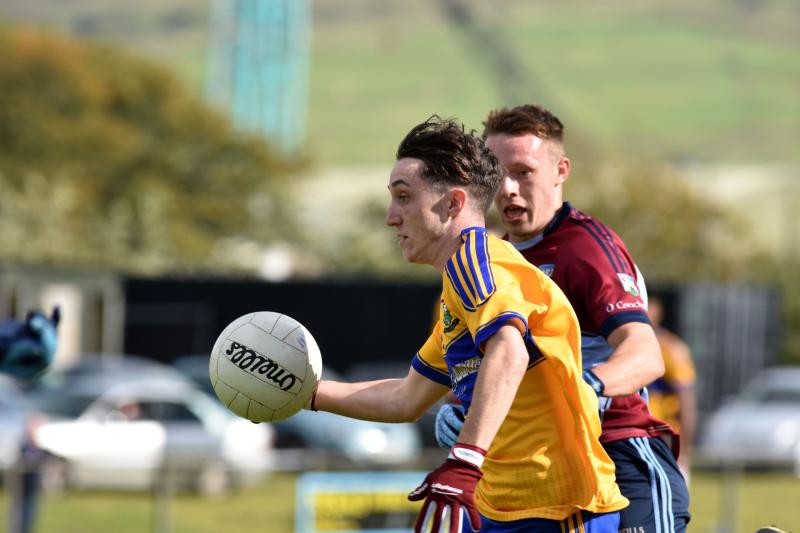 The last two winners of the junior championship will do battle in the first round of the group stages, with Drumsurn men Dominic Woods and Adrian McGilligan in opposite corners.

Woods managed the Wolfhounds to success in 2018 and is joined in the management team by Sean Forrest and former Derry player Karl Diamond.

They will have to plan without Ruairi Hassan as his suspension from a sending off against Doire Trasna last season carries over.

Woods was happy with preparations earlier in the season, the first time all the players were available with university commitments all behind them.

Aside from Conor Boyd (30), Richard King (25) is the next oldest player ahead of the raft of young players who Woods feels are beginning to make GAA their priority. David Brolly is the latest to put his shoulder to the wheel and will be pushing for a start.

That said, Woods admits he has a concern that the season could be ended 'in the blink of an eye' with the ongoing situation surrounding Covid across the country.

McGilligan feels the championship is somewhat of 'a lottery' with the lack of preparation and player welfare needs to come first.

Back in the fold this year is Tommy O'Kane who returns from a knee injury. After their attractive brand of football last year saw them romp to the junior title, this season has been different with football stopped in its tracks.

Glack have concerns around Ciaran Carmichael, Cormac Boyle and talisman Niall McGowan ahead of the weekend.

There was little between the sides in the last two championship meetings, which were both won by Limavady.

It is a derby game and with both teams outside the favourites for the title, the local bragging rights will be at stake and Limavady should come through.