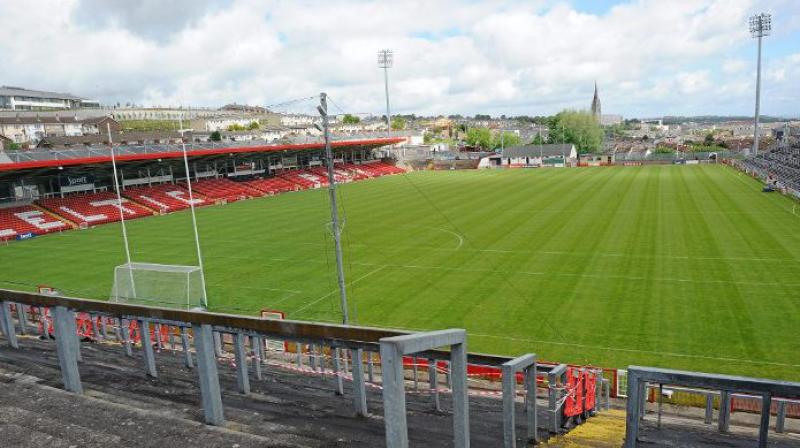 As reported in Tuesday's County Derry Post, the GAA have moved to postpone their championship campaigns in light of the ongoing Covid-19 pandemic.

"The GAA acknowledges last weekend’s Government announcement of the extension of current restrictions until May 5th and its impact on the scheduling of sporting events and working practices, and has factored the extension of the arrangements into its contingency planning," read a statement.

Club activity, the statement confirmed, will remain suspended until Wednesday, May 5.

The Senior inter-county championships, scheduled to begin in May, will be postponed until further clarity on the current situation is available.

Derry senior footballers were due to play Armagh at Celtic Park on Saturday, May 16.  The hurlers were due to open their Christy Ring Cup campaign against Offaly on the previous weekend.

"It is the Association’s view that it is highly unlikely these will be rescheduled any time before the beginning of July, at the earliest," the statement continued.

"When sporting activity recommences, the GAA will accommodate both club and county games. The Association also intends to complete the Allianz Leagues, or at least those games that have a bearing on next year's divisions, where possible."

Derry had a slim chance of promotion to division two of the NFL.  They had outstanding games at home to Longford and away to Offaly.  The hurlers had qualified for the Division 2B final with Down.

The GAA are set to hold a Special Congress on Friday.  On the table is a motion to allow the leadership to have power to invoke change to the structure, without the need to call for an additional congress.

"In keeping with the approach of the Association since the start of this crisis, all of our decisions will be based on the advice of the medical professionals and the government."

Also, at Monday's meeting of Ulster GAA's CCC, the remaining games in the Ulster Club leagues have been cancelled.

The Buncrana Cup (U16 football) and Jim McGuigan Cup (minor) have also been cancelled.  It follows on from the Celtic Challenge, a national competition for minor hurling, already having been cancelled.

The Ulster minor football championship has been re-structured.  The competition was due to start with the Preliminary Round game between Derry and Cavan this weekend and this has been cancelled.

It will revert to a straight knockout format and that the draw will mirror the Ulster Senior Football Championship draw, below, to form curtain raisers if, or when, it is deemed suitable: