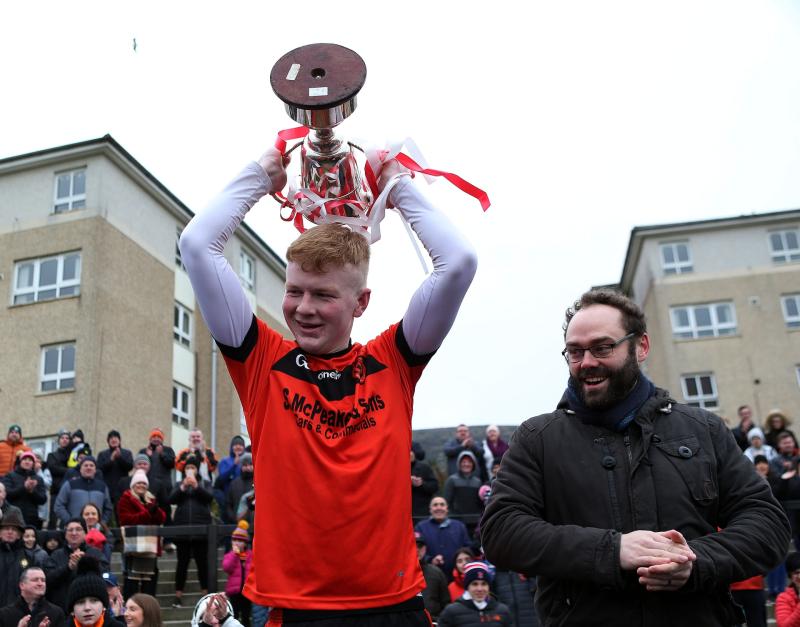 Derry champions Lavey won their first ever Ulster minor championship with victory over Donegal side Termon at Shaw's Road on New Year's Day.

In doing so, they become the eighth Derry club to lift the title won by their neighbours Bellaghy 12 months ago.

A highly rated Termon side came into the decider on the back of free-scoring performances against Silverbridge, Emyvale and a gritty semi-final win over Kilcoo.

They played into the breeze in the first-half and were never able to get ahead of a Lavey side that led by two points, on three separate occasions, in what developed into a cagey encounter.

It was a third clean sheet in succession for goalkeeper Jack Scullion and his defence that again had Joe Duggan sitting back as a sweeper.

James McGurk notched two first-half points but Termon's brightest spell came just before half-time when they won three Lavey kick-outs in succession to go in level (0-5 all) at the break.

POLL: Who was man of the match?  Cast your vote...

When Lavey took control of the game in the second-half, Termon – who only scored once from play - still played with Mark Gallagher as a lone ranger up front and continued to pack their defence.

In Lavey's attack, cousins Calum and Matthew Downey were the perfect inside duo – giving the Lavey a focal point. It allowed them to play a measured possession game against a Termon defence that stayed in situ. Collectively, they offered no counter-attacking threat.

As the game developed, Lavey pushed Rory McGill closer to goal, with Enda Downey also having a brief spell on the edge of the square.

Two minutes from time, Matthew Downey passed to Niall Duggan who kicked what proved to be the winning score. Reid did reply from a free and with Evan Coleman now in as a extra forward, Termon had cast the dice for the last time. But from the kick-out Niall Duggan won the breaking ball and with it went the Donegal men's last glimpse of a smash and grab comeback.