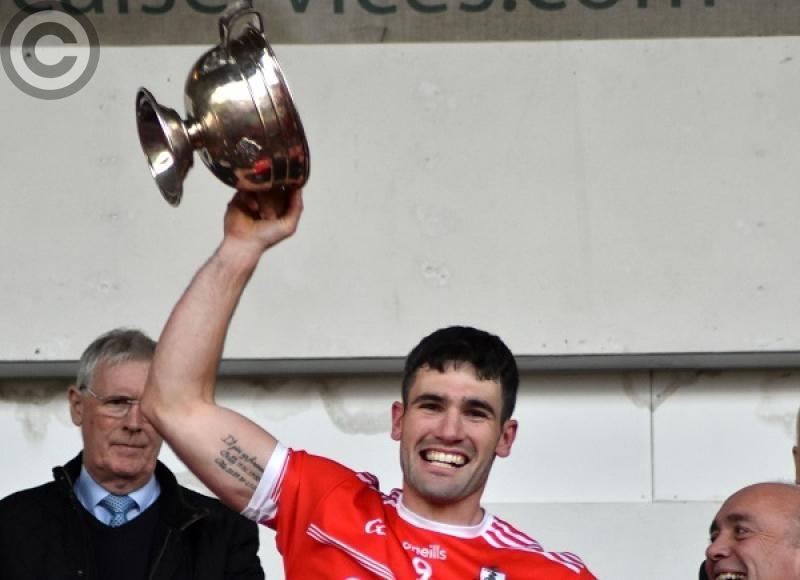 Derry's AGM will take place on Monday night, December 9, and one of the items down for decision in the list of motions is a proposal from Ballinderry move away from the straight knock-out championships at adult level.

There is also a concern raised by Slaughtneil surrounding the week in week out nature of championship action for dual players.

(1) - That the 2019/20 Derry GAA Competition Control Committee (CCC) consider, propose and implement a new structure for premier adult championships at all levels that, similar to the Inter-County Senior Championships, offers our club players the same opportunity to play a minimum of two championship games in each season.

This motion is proposed in the spirit of equality and fair play for the 98% of club players in the county training for eight-nine months annually only to play one championship fixture before exiting the main competition at their grade.
(Ballinderry)

(1) - A better spread of senior football and hurling league games throughout the year as opposed to the two current intense blocks in April and then July / August.

(2) - An end to the senior hurling and senior football championships being played on consecutive weekends.

Possibly, by bringing both forward and played over a 12 week period with 2 games fixed every 3 weeks i.e.

Background
In 2019, and similarly in previous years, the majority of our players who are dual players played 11 league games between hurling and football from the middle of July to the end of August (basically two games per week), this left very little time for any structured training between games for either hurling or football and more importantly little structured training ahead of championship fixtures.

From the end of the league to the start of the championship season there is only a two week gap (if successful to qualify for hurling semi-final) to then prepare for championship games which at present isn’t sustainable long term for dual clubs with football one week and hurling the next week, this only really leaves time for recovery and no proper match preparation.

This type of schedule wouldn’t be tolerated by inter county teams so club players should be treated no less.
(Slaughtneil)

(3) - That the senior league revert back to a 16 team league.  Minor level to remain at U18 and if we move to U17, we would like to see an U19 competition being added in somewhere in the year.
(Loup)

(6) - That the county board appoint two neutral umpires along with the referee for all Championship fixtures.
(Ballinascreen)