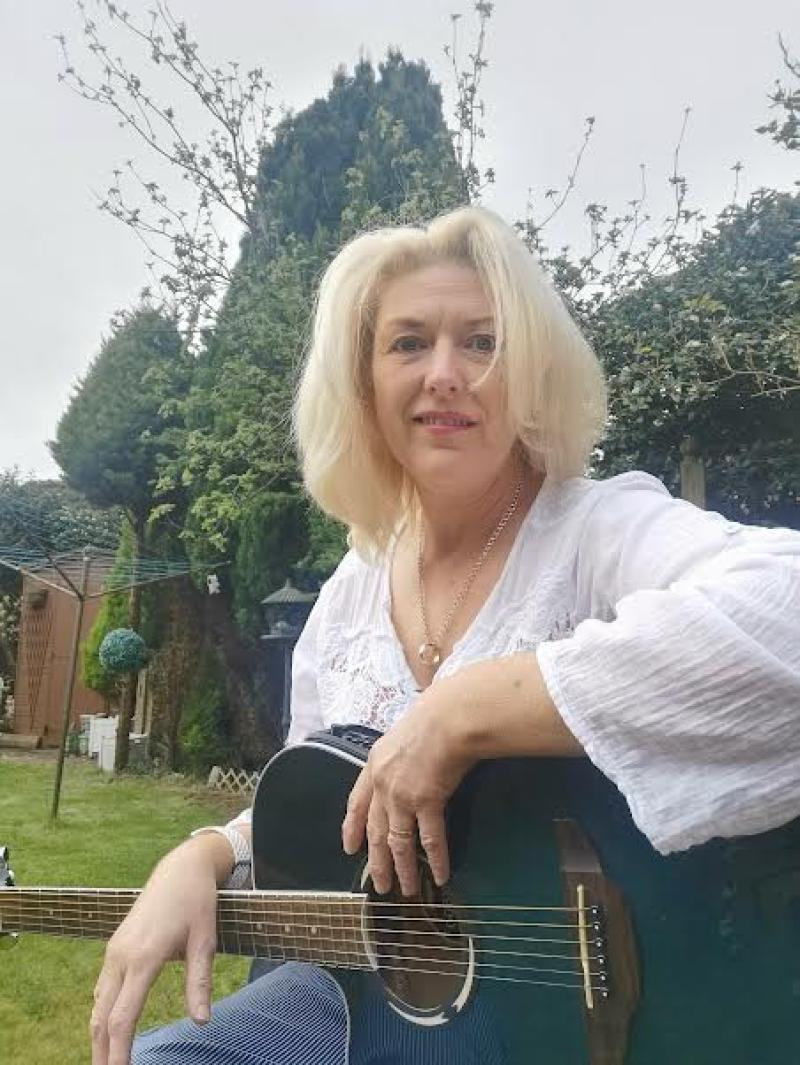 Derry's Roma Downey is known worldwide for her starring role as the angel Monica in the hugely successful television series, Touched by an Angel. Now, the city's real-life Monica is in 'seventh heaven' after her lifetime dream has become a reality. Popular local singer, Monica McGuigan, was devastated by the death of her husband, Martin, in 2013. Not only did she lose her best friend and her rock, she also lost the only person with whom she had shared a lifetime of music. Like all singers and musicians, the arrival of the Covid-19 pandemic in March last year brought a challenging time for Monica but she rose to the challenge and has a produced her first solo album which she has dedicated to Martin. Here, she looks back over her life and how music helped her cope with the passing of her beloved father - and how her life was changed forever eight years ago.

Then came 2020...
“Who could have foreseen the events that would unfold. We were denied access to our families and friends and hugging became a 'no-no.' March 2020 was when the music died – or did it? As I live alone, this became the loneliest and most isolating time of my life but I was fortunate to still have work in the Spar in Bishop Street when the bakery had closed for the first eight weeks of lockdown while I knew others were not so lucky.
“By day three of week one, I was devastated by the realisation that this lockdown was going to be a long haul, so I shook myself - as my mammy would have said - and I started putting a 'good morning' message on Facebook, more to let people know that they were not alone than anything else – the response was amazing.
“By the end of week one, I decided to record a song and post it on social media, again the response was phenomenal. At that time, many of the local artists started doing online gigs, lifting the spirits of people who were housebound, it has been a learning curve for all of us but we have survived, nothing will kill the music in Derry!
“In May of 2020, I got a call from Paddy Nixon, my friend of 45 years, and his wife, Monica, asking me if I would be interested in being a part of their newest project ‘Stories of the Land.’ This is the follow-up to their beautiful ‘Notes From Derry’ album, which was born from an idea by executive producer, Ronan McDonald.
“Wild horses would not have stopped me being a part of this project so, along with Monica Nixon, we became the Harmonicas, with me also recording a song for the album.
“Before taking part in this album, I suppose personal insecurity stopped me from going forward with a full album of my own but the encouragement of my closest family and friends and the invaluable input of Paddy, the album’s producer and musical director, I began to realise my lifetime’s dream to have my own album.
“I carefully considered each song as I wanted this album to mean something to a lot of people but each song reminds me of a person, time or place that I spent time with Martin and so I wanted to dedicate it to him. I was fortunate to be approached by Brian Foster, a long-time friend of Martin and myself, who asked if I would be interested in singing his song ‘My Derry Dream.’ The timing could not have been better as I was able to include this in the album. I cannot choose a favourite song as each one has its own memory for me and my hope is that each song can stand alone.
“I have been very lucky in life, I have an amazing family and in-laws who I love very much, albeit that we have lost many – my dad, my beautiful sister Teresa, my kind and gentle mother and the love of my life, Martin. I have a very good circle of friends who keep my feet firmly on the ground and I have a job in an area where people care about each other. I know the best musicians Derry has produced and I am honoured to have shared a stage and a lot of memories with most of them at some point in my life.”
Monica concluded: “The album ‘From There To Here’ is the realisation of a dream of a lifetime and I hope it brings musical pleasure far and wide.”