We reflect on how the south Derry town has dealt with the Covid-19 pandemic over the last year. 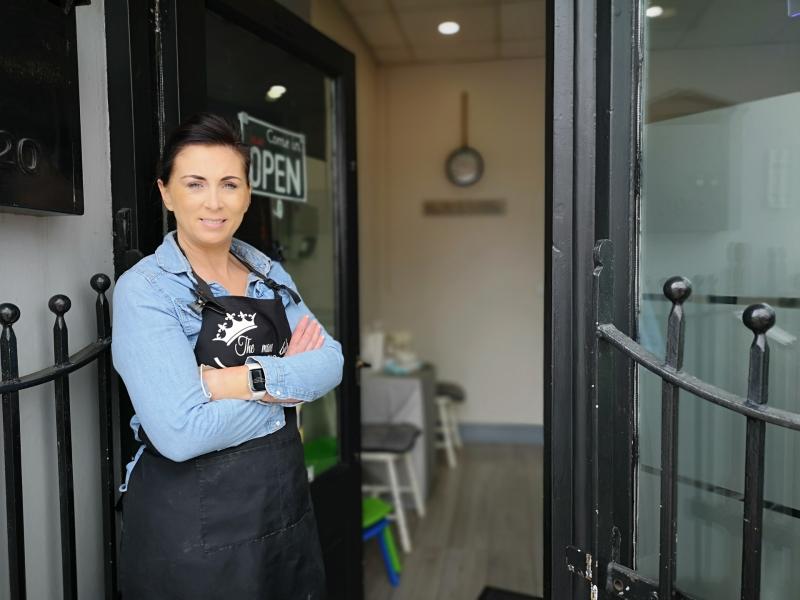 Barber Pauline McGarvey, of The Mane Barber Shop, has been reflecting on a difficult year.

As I pull into a parking space, a man in a cowboy hat walks past on the pavement. He waves a cursory greeting and continues on his way.

In the time it takes me to gather everything I need together, he passes me again, his step count no doubt rising with every lap of the town.

Zoom. Walk. Laptop. Bake. Netflix. Repetition has become endemic over the last year, but it's something Moneymore can't be accused of.

There is a unique feel to the fronts of the buildings that greet me as I walk around the town. Even the post office, now boarded up, remains unbranded. 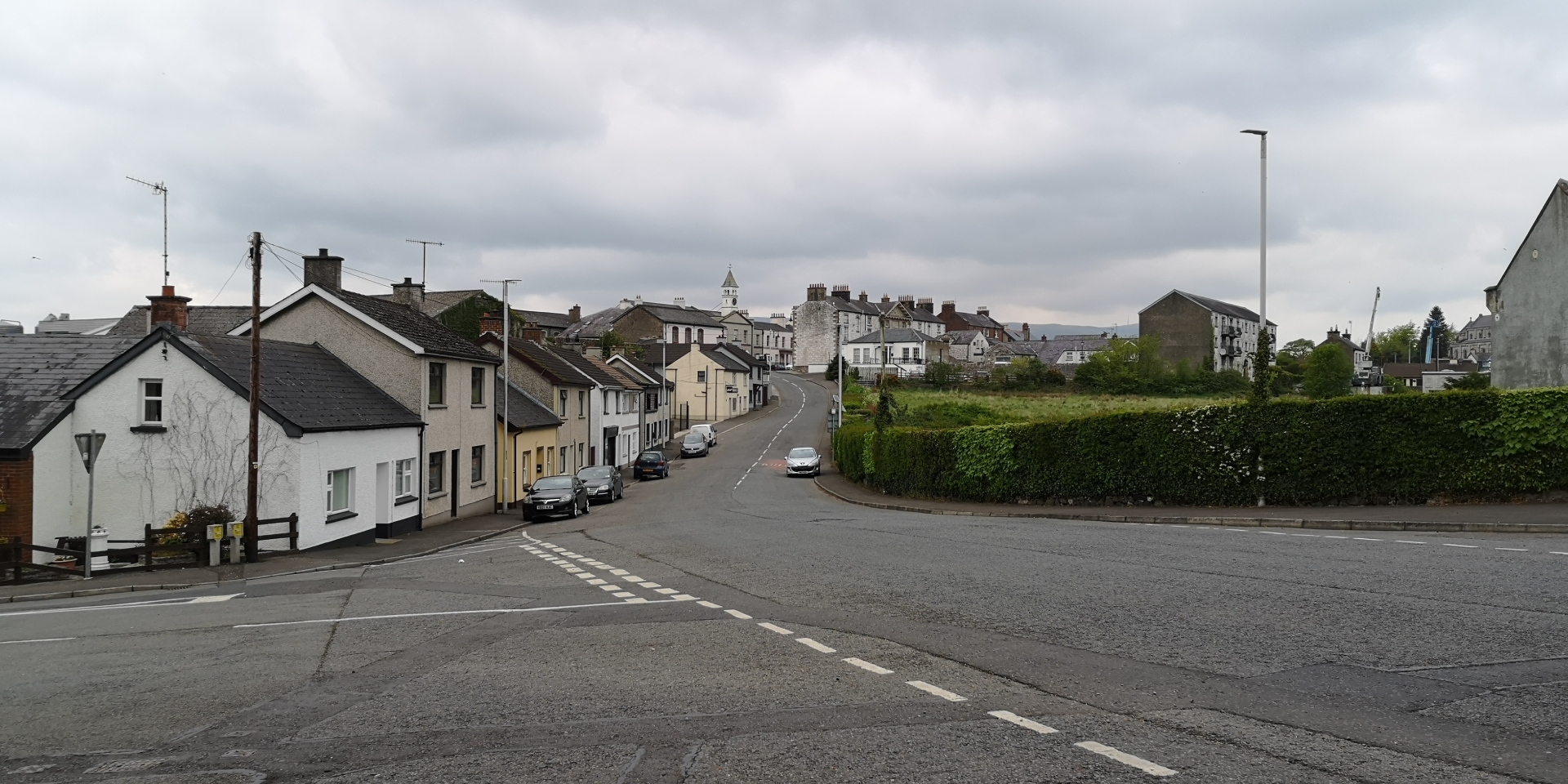 The pillared entrance of The Manor House provides the backdrop to the town's mini roundabout, welcoming motorists coming down the hill from Smith Street.

Rusty scaffolding frames a construction site on my left as I make my way down. A woman waters potted plants in her compact front garden.

The distinctive smell of curry is emanating from the two Chinese restaurants at the bottom of the hill. Shutters are down on Antonio's pizza, yet to open for the day.

More scaffolding sits alongside buildings in mid-construction off High Street, but no work appears to be going on today.

Along Lawford Street there are diversion signs in place as Council staff busy themselves in resurfacing the Turnaface Road.

The grating sound of the road roller echoes off the houses that line the street leading back to the town centre.

You could describe Moneymore as ornate. Older, unique buildings, set at different levels, create a layered backdrop, crowned by the spire of St John and St Trea's church on the top of the hill. 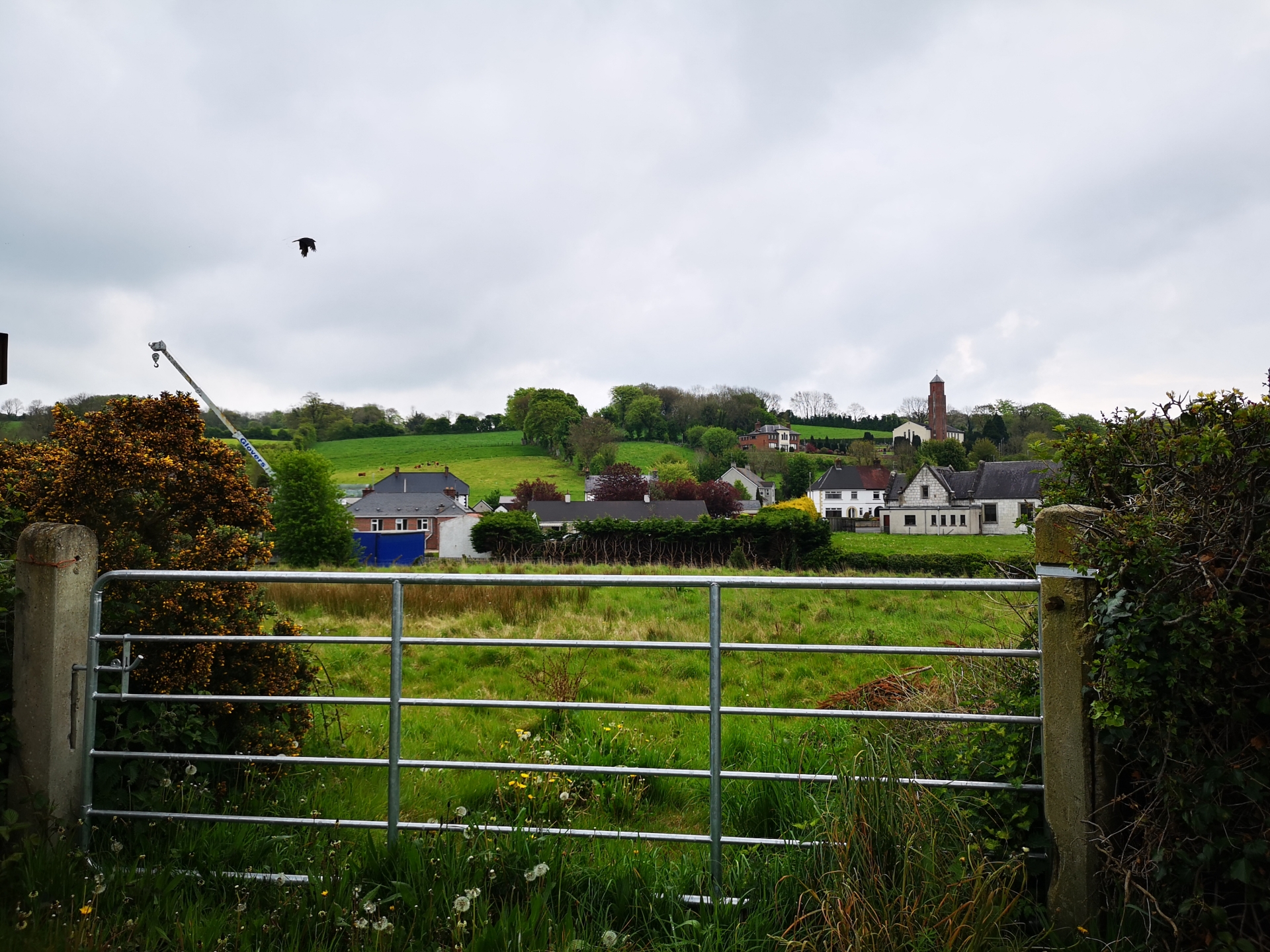 The hum of a small aircraft passing overhead and the unmistakable smell of freshly-cut grass adds to the sense of a town taking new-found pleasure in the mundane.

I nip into The Mane Barber Shop, where a neon sign declares the shop open for business. Owner Pauline McGarvey is at her lunch.

She says reopening has not been the silver bullet the industry was hoping for.

“This week has been terrible. For the first seven days [after reopening] it was great, but it's taken a dip again,” she tells me.

“The older folk that keep you going – your pensioners and farmers and that during the day – they haven't been about the same. 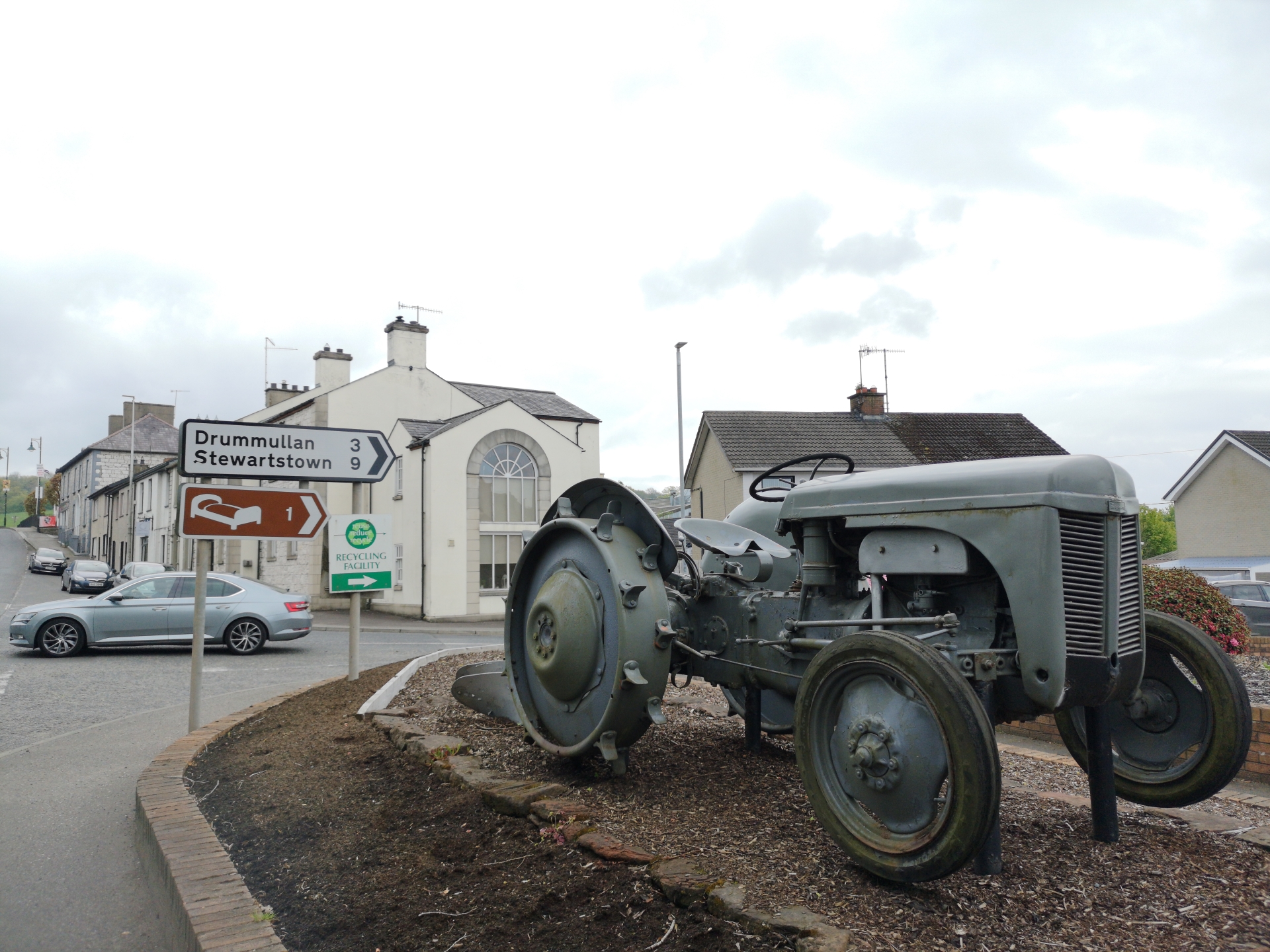 A vintage tractor model welcomes visitors to the town from the Tyrone side.

“It was a gamble coming into a small town. You do have a bit of passing trade but you're hoping people are going to come in from the likes of Coagh, Lissan and Loup.

“I said I would give it six months and see how it turns. It's fine, but it's not busy. You have that fear of whether it's going to come back.”

Pauline has been in Moneymore three years, and until the pandemic ruthlessly attacked all businesses, things had been going well.

2020 has seen a seismic change across all industries, driving many hair and beauty professionals off the high street altogether.

“Lots of people are working from home and I have to admit, I'm tempted,” she says.

“You're still going to be hit with rates, and you haven't stopped paying your water bill, your electricity, your rent.

“Yes, we got a bit of help, but if you've no customers in, then that money is all going to go and you still have to find wages too.

“I've seen a lot of hair and beauty people who haven't gone back from the first lockdown.”

Humanity adapts though, and over the last year, Pauline has embraced the situation in which the world found itself. She got married in February, and has enjoyed the extra time with her family. 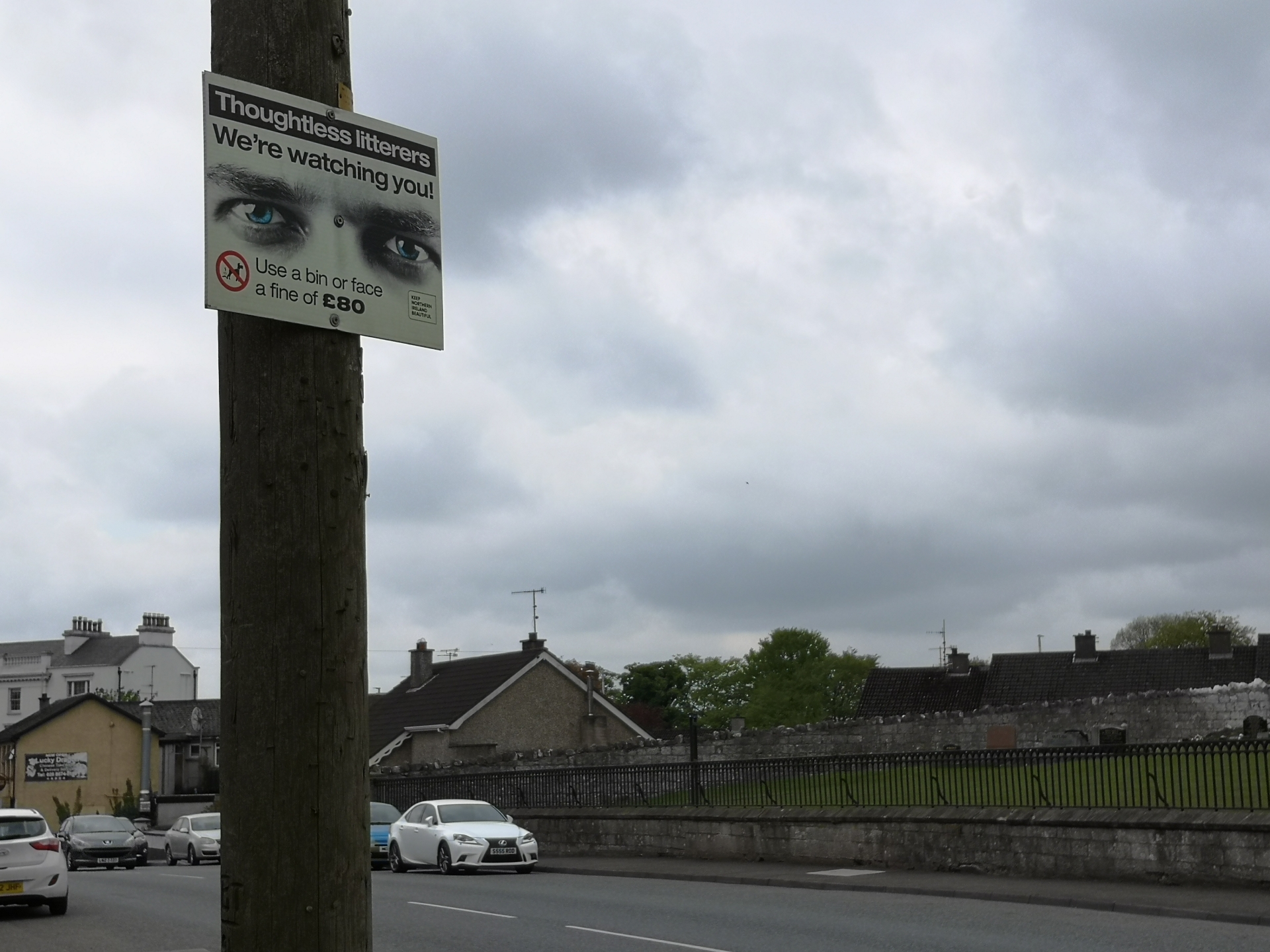 Keeping an eye on litter in the area.

“It was the first time in my life I could actually say I was a mummy. I loved spending time with the weans,” she says.

“It felt like we'd a whole 25 years wrapped into one year. It is nice getting back though, you need the routine. It's bittersweet in a way.”

Cookstown native Pauline says lockdown has really hit young people in the area hard. Her daughter, Danielle, is in Year 12, her entire GCSE years undertaken amid a worldwide health crisis.

“Even she says she could do with another year at school,” she says.

“They've missed a full year of preparation for the next step. They've been living alone in their bedroom. No formal, nothing. They weren't even in school to plan it.”

It's a quiet day in the barber shop, on what would normally be a busy Friday afternoon, with people popping in ahead of their weekend plans.

There would have been excited chatter, the buzz of anticipation.

Last minute changes of plan. Maybe even a wee drink.

A look at her schedule confirms a gap of a few hours until Pauline's next appointment.

Without that steady flow of customers, the day can be long, lonely even. 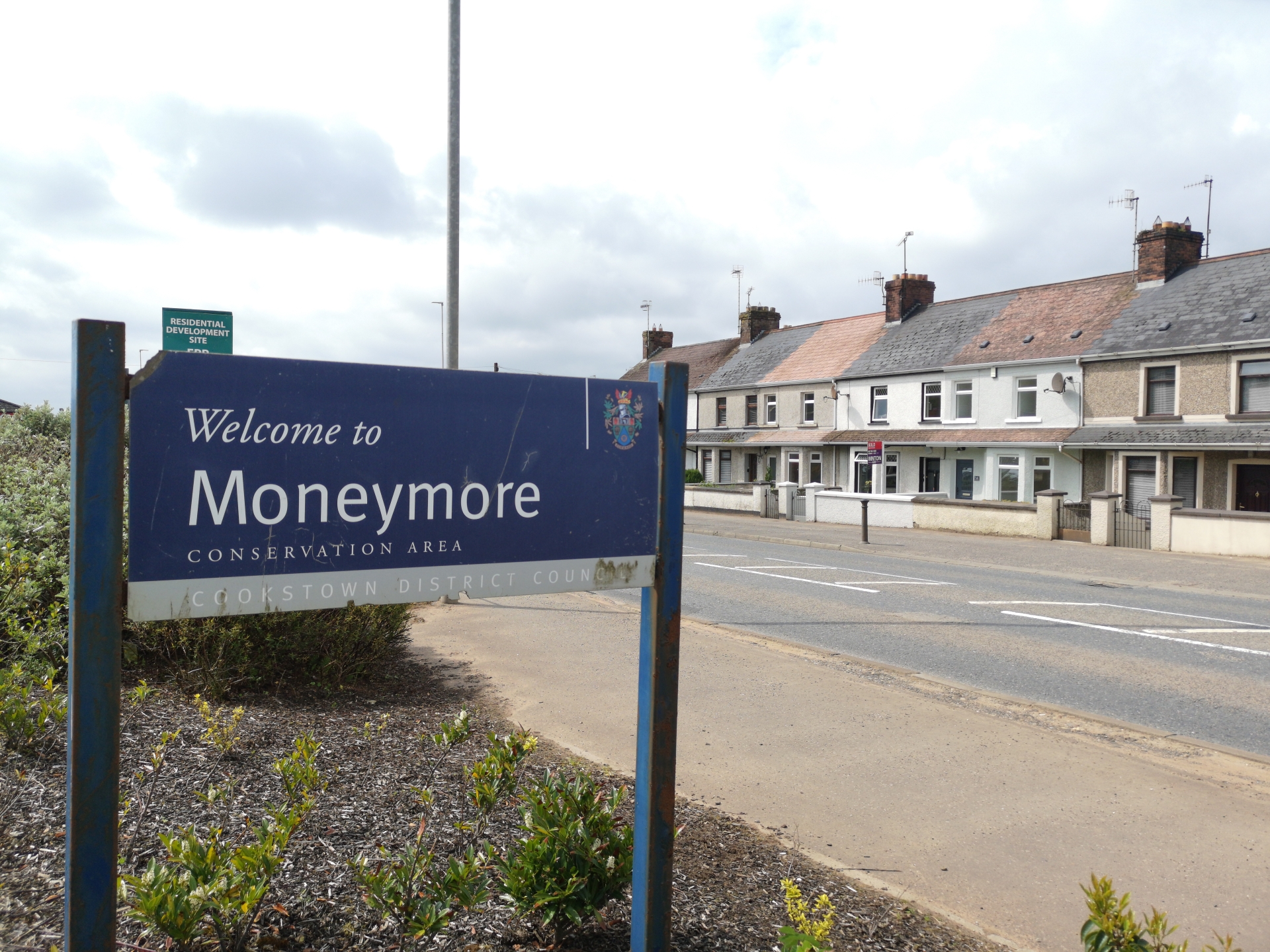 Company is a two way street, and the dynamic of conversation, service and industry has been greatly missed by both barber and customer.

“Even the most bald man that I have is in here every week,” says Pauline.

“Two seconds would do it, but you would stretch it out to ten or 15 minutes, just because he likes coming in for the company.

“Sometimes it's just nice to get sitting down and get it done for you. Even though I have good faithful customers, I was nervous and jittery the first day back.

“The amount of people who are saying it's great to see you back, it gives you that wee glow. It would be nice to see a boom in Moneymore again.

“I don't think anybody is going to feel anything different. We're all just going with the flow and trying not to stress and worry.

“I think you're just going to have to wipe this year out the same as last year.” 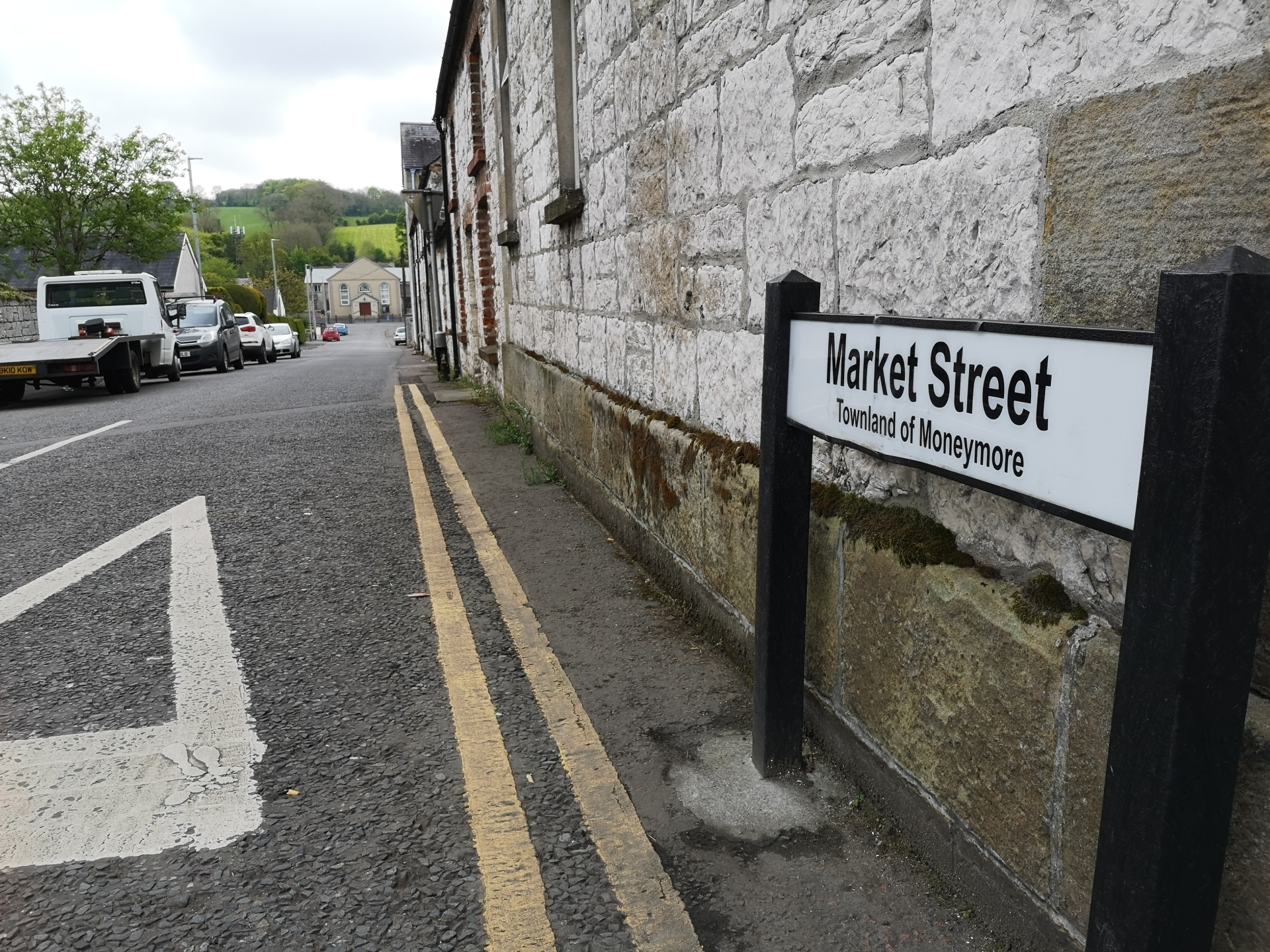 The indicators that marked the early, panic-stricken days of the pandemic – the empty streets, closed schools, empty supermarket shelves – have long faded into memory.

Only the window dressing remains. Sanitisers at shop doors. Face masks in shops. The odd discarded rubber glove on the street.

All three car dealerships on the Magherafelt Road are dotted with customers as I drive past on the way home. The petrol station forecourt is hiving with people.

By next Monday, the return of indoor hospitality will mark another significant step on the road to recovery.

On the way out of the town, I spot a familiar cowboy hat bobbing up and down at the road side.

A man enjoying his rediscovered freedom on the fringes of the Sperrins.