The County Derry village of Gulladuff is glad to have the buzz of the local GAA back. 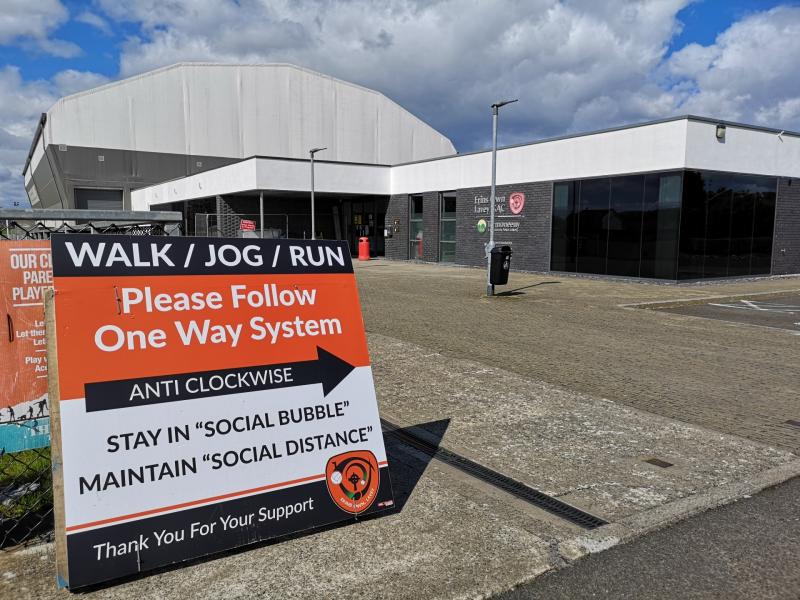 To an impatient eye, nothing ever happens in Ireland's villages. There is a reason the 'blink and you'll miss it' phrase came into common use.

Park up and observe for a while though, and the minutiae of its daily routine gradually reveals itself.

You could sail through Gulladuff, if not literally in one blink of an eye, then certainly in no more than a dozen.

Early May's bright sunshine is chastened by a breeze that has strewn the grass at the crossroads with flowers from a nearby cherry blossom tree.

It's around ten in the morning, and there are cars and vans parked in the narrow lay-bys next to the Vivo, occupied by workers having a quick bite. 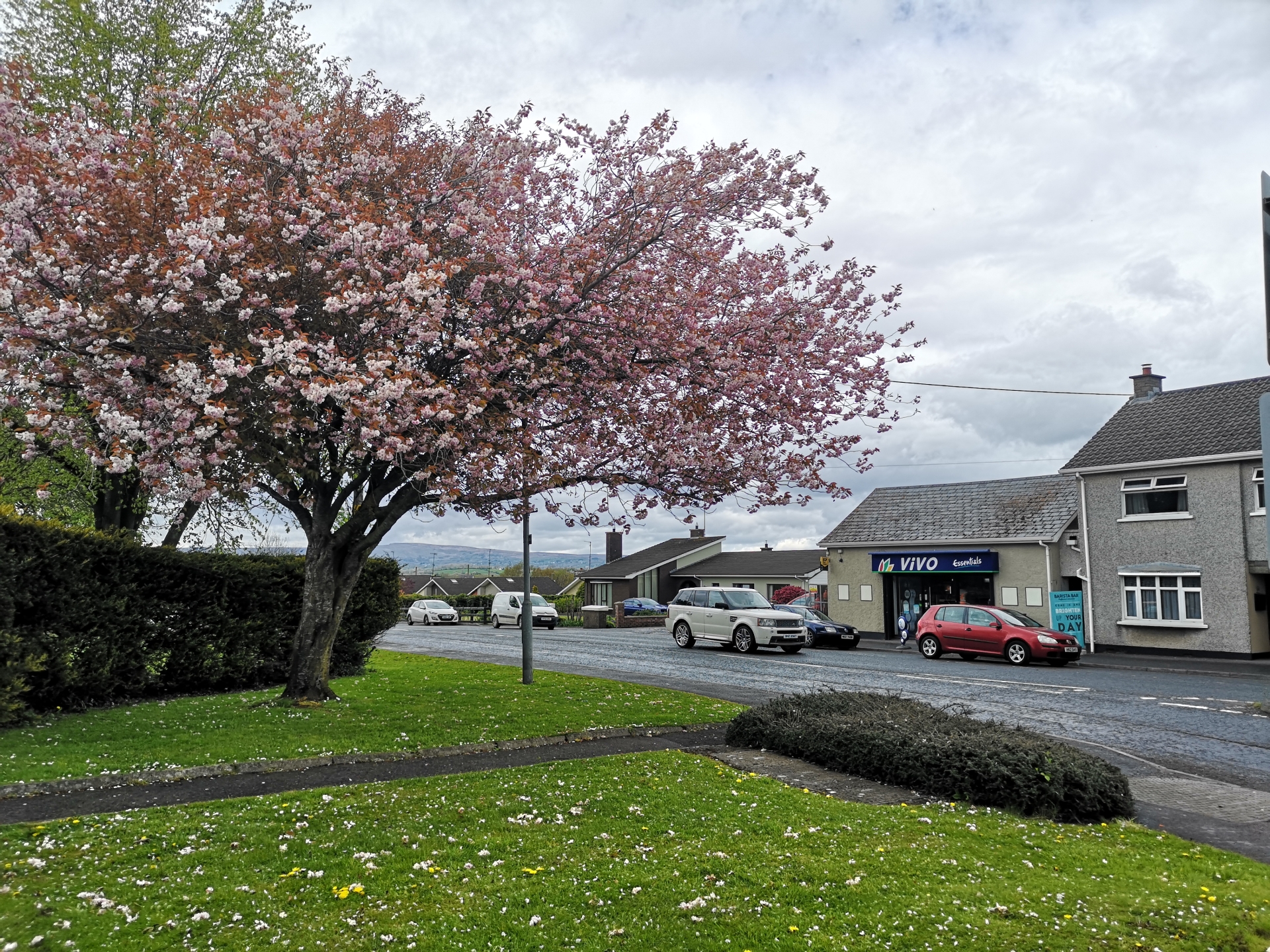 Cherry blossom flowers lie strewn on the lawn at the centre of the village.

A food van sits further down near the roundabout. Two gas canisters are placed around a metre from the hatch, with red and white tape marking the area for social distancing.

The generator hums a soundscape that merges with the birdsong and the increasing sound of the wind manipulating tree branches around the village.

A white van is parked on the pavement at the crossroads, and a yellow-vested engineer is working on the green exchange box on the corner.

I pass the Hibs hall and head towards the GAA pitch. Lavey's indoor arena continues to wait patiently to again welcome the area's Gaels to training, but there is movement around the pitch.

Walkers are making the most of the sunshine and newly relaxed freedom, striding around the club's walking track with purpose.

Back at the crossroads, people are still nipping in and out of the Vivo as I approach the girl behind the counter for comment.

She sends me to her mother in the office, who displays a remarkable level of multi-tasking, dealing with stock queries and staffing while making small talk with the nosy reporter who's just arrived. 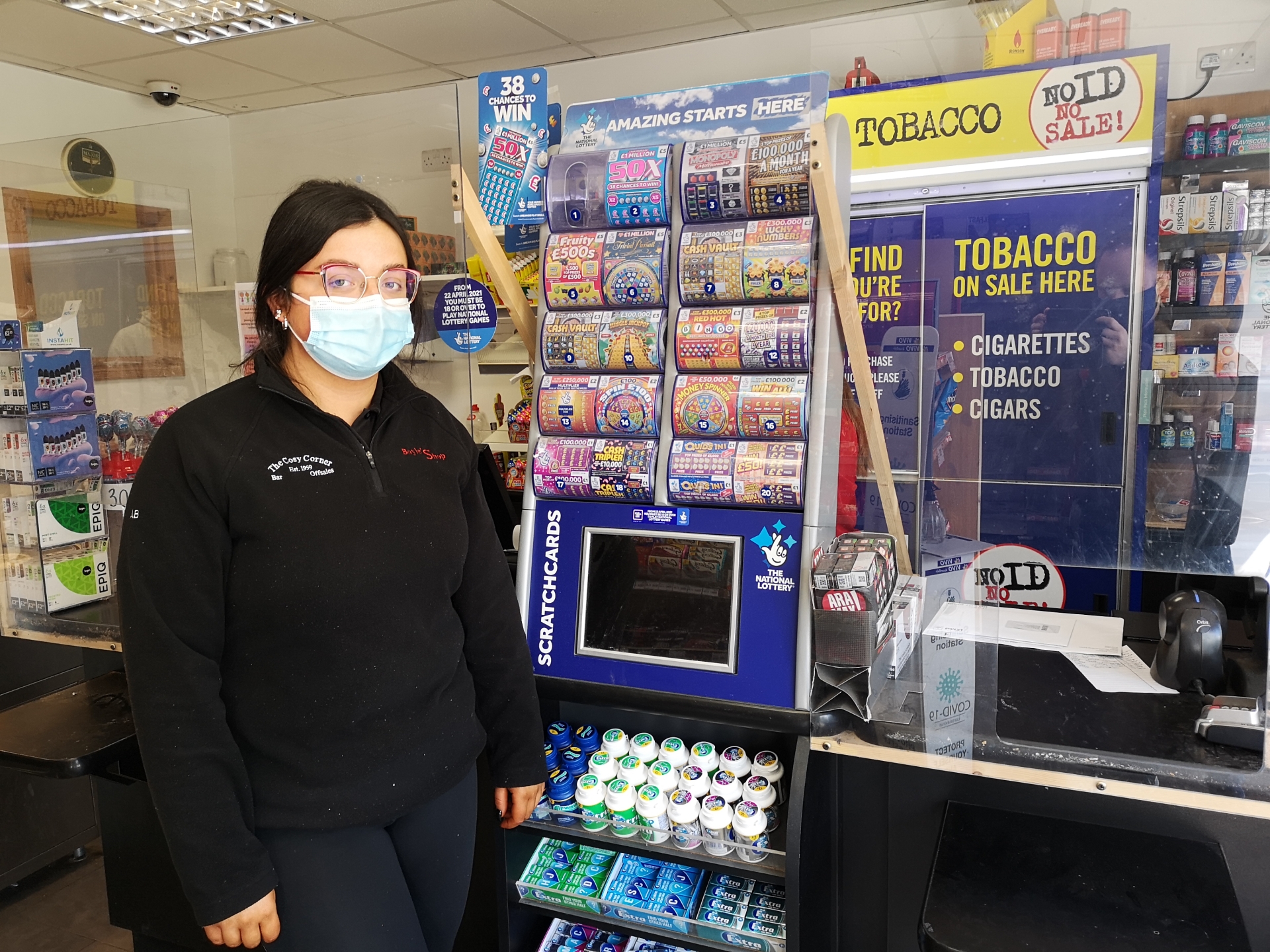 Aimee Boyle hard at work at the Vivo in Gulladuff.

Ann Boyle tells me the family-run store has seen the sharp end of the pandemic and disputes my suggestion that things are back to normal.

“Some people think everything is rosy, but it's not necessarily true,” she says.

“It's obviously the topic of conversation still, though not as much as it would have been at the beginning, when you would have seen people coming in frightened.

“It has relaxed a bit, but I still think the older generation are guarded. People who would have been in the shop daily are starting come in a bit, but there are a lot who aren't.

“They want to be back to normal, but there's still that fear there and with the new strains popping up, and even with vaccinations, people don't fully understand if we're safe or not.”

The Boyles also run the Cosy Corner Bar next door to the shop, with the family home sitting between the two premises. 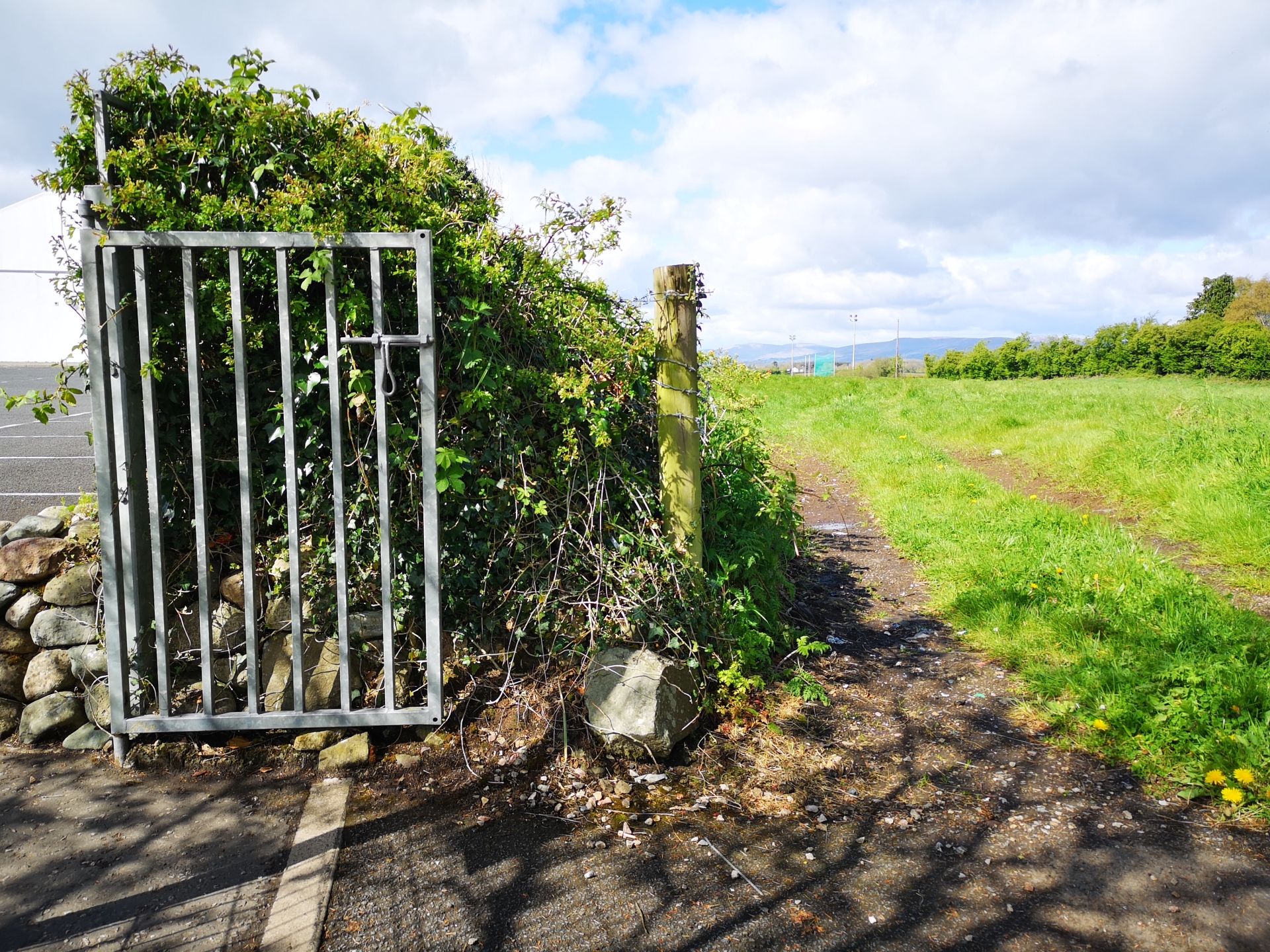 THE GATES ARE OPEN: Gulladuff is moving forward out of the pandemic.

A focal point in the village both geographically and symbolically, the shop provided a life-line to isolated local people during the panic of the initial Covid lockdown.

“It's nice to see everybody around here making sure everyone is okay,” says Ann.

“We would have delivered papers during the first lockdown and taken food to people we knew were vulnerable.

“I've seen us at nine o'clock at night with people ringing to say they've no milk or bread or whatever, and we got into the car and we did it.

“It's nice to see that community thing, and they really appreciated it.

“For us personally, as a family, through lockdown, the bar was closed and the off licence too at the normal times, and we were able to sit down as a family and have our dinner.

“With that, plus the weather, it was amazing the difference for us as a family. I loved it, it was positive in that sense.”

The initial period of intense lockdown brought the country to a halt in a way that permeated every aspect of people's lives.

Gulladuff was no exception, and Ann says the pandemic has highlighted difficulties with rural isolation that can easily slip under the radar.

“I never really realised how vulnerable and lonely people can be. Some people would have come into the shop and said they never see anybody from morning 'til night,” she says.

“It makes me think how lucky I am. We might not have seen very many, but we still had the three of us in the house.

“In some ways, it really makes you think there is so much we do take for granted. It took everything away from everybody.

“I had a lady come into the shop whose mother was in a nursing home and she was breaking her heart because she couldn't see her.

“I just thought if that was my mum, how would I feel? For about eight months they never saw her – that's just so sad.

“It's highlighted lots of things at different times, but as life goes on, you creep back to the rat race again. We all have to work.” 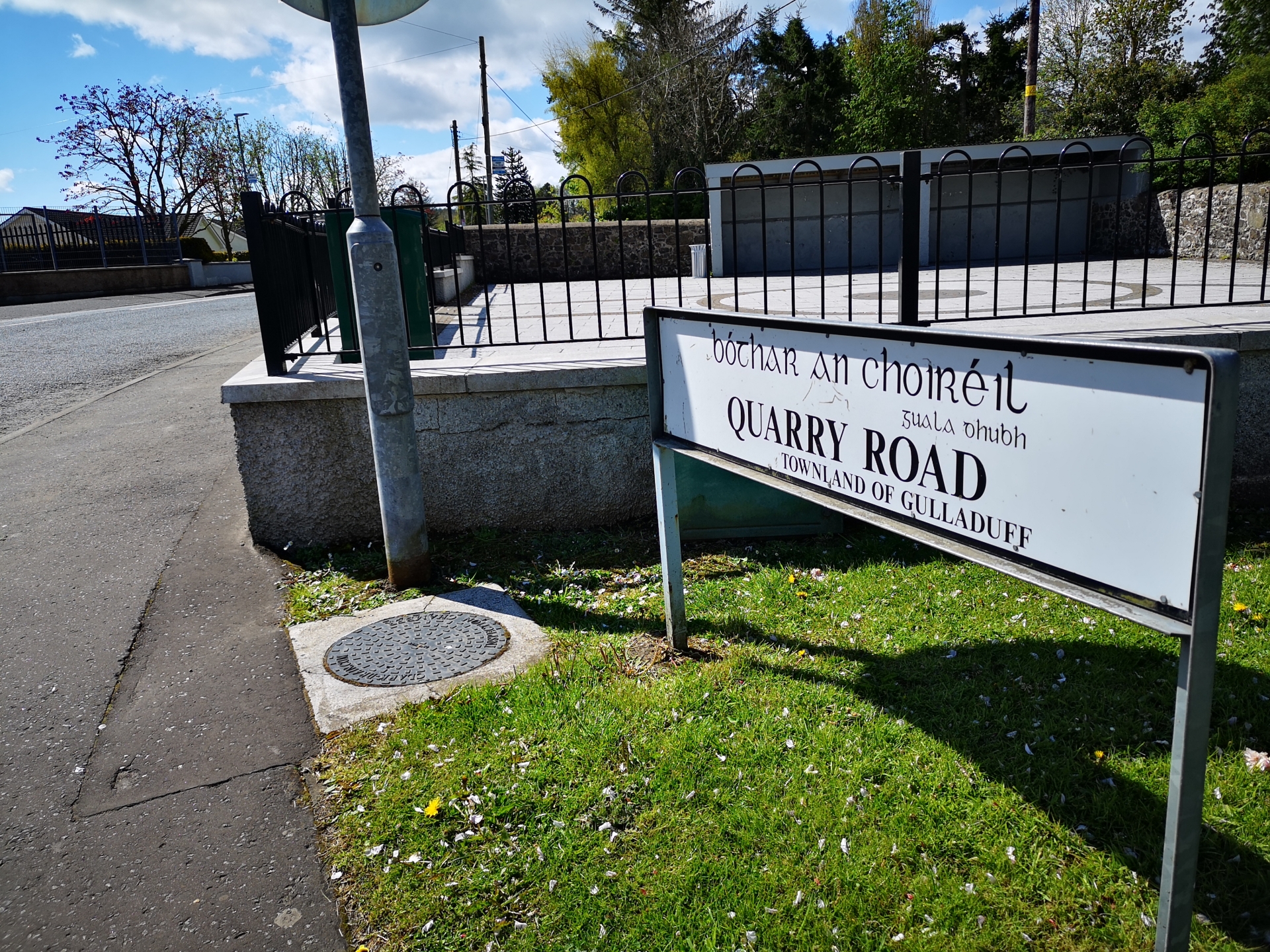 The Quarry Road has been awash with young Gaels as GAA activity returned at Lavey.

Life has become brighter for many across Derry over the last few weeks as the thud of the size 5 and the crack of the sliotar has returned.

Lavey 3rds opened their Recreational Reserve League campaign at the weekend with a win over Swatragh, while Derry hurlers began their Allianz League campaign with defeat in Mayo.

Ann Boyle says the return of smiling youngsters to the Quarry Road has had a hugely positive effect on the village.

“You've no idea the children that go up and down to that pitch on a daily basis,” she says.

“You will see them up there footering with a ball, across the road, up and down all the time. To see that be reduced to nothing last year was scary.

“Now that they're back there is that wee bit of buzz again. The GAA just means so much to this parish. You can see the children walking up with their sticks, and they're so looking forward to it.

“It would do your heart good.”

There is optimism now on every street and country lane. The vaccine programme has reached the over-30s – I had my own last week – and step by step, people are regaining their confidence.

As I make my way back to the car, the sun has given way to a barrage of hailstones. I have to check the postcode.