LIFE IN LOCKDOWN: One giant leap as Swatragh prepares for retail's return

The village took a big step towards normality with the return of GAA training this week. 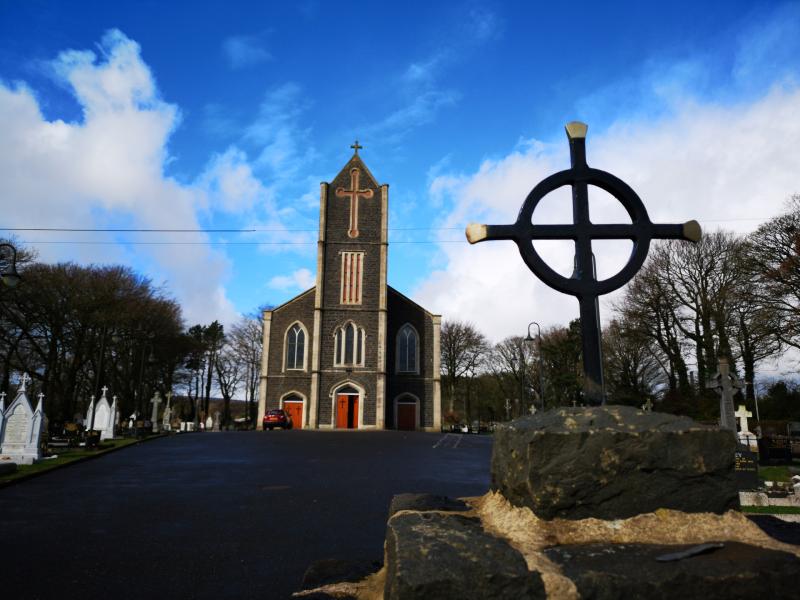 A dry road with puddles on either side leads me to Swatragh. The rain of the previous night has given way to a sun strong enough to elicit steam from its surface.

Entering by the crossroads at the boxing club, there appear to be a lot of closed doors. A sign informs the public that Granaghan Fireplaces will be back on Monday, April 12.

There is almost giddy optimism around the date, and by the time you read this, we'll be on the far bank of that particular Rubicon.

Some non-essential retail will have opened, schools will be back and group training, albeit not in its full form, will have resumed.

In keeping with the general theme of this series, as soon as I gather my stuff and leave the car, the heavens open. Hailstones this time.

By the time I reach the deserted play park at the bridge, it has receded to a bitter mizzle, only a stiff breeze propelling it into my face. 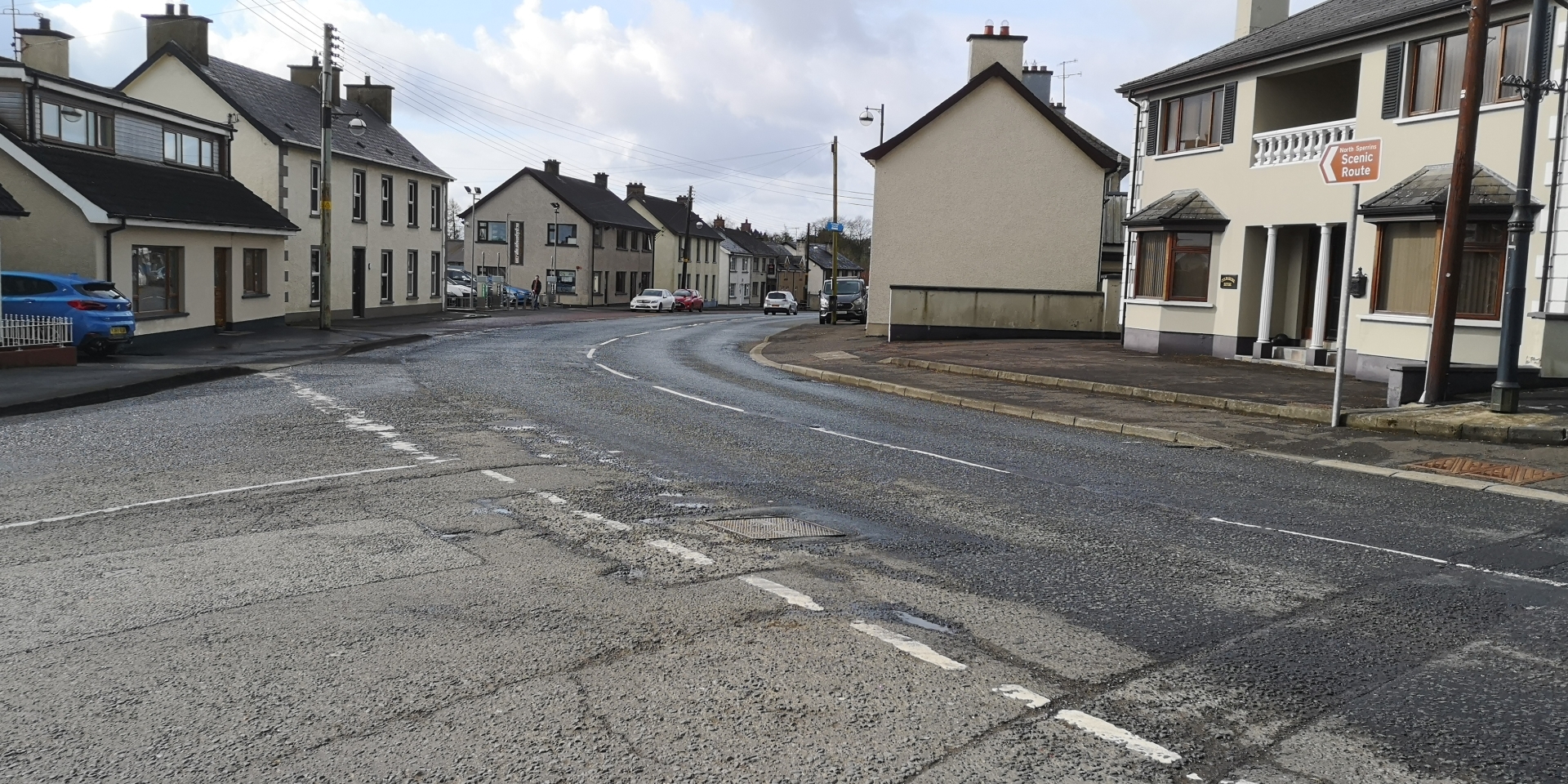 The Drumbane Road climbs towards the North Sperrins Scenic Route away to my right as I make my way up the hill past an empty St John's Primary School, closed for the Easter holidays.

St John's chapel towers over the cars that pass by on the main road. That all of the gravestones seem to face in that direction only enhances the effect.

A single car sits outside the open doors of the chapel. Inside, an elderly lady has lit a candle and is praying at the foot of the altar.

On the way out, she tells me I've just missed mass. I head back towards the village.

A triangular sign advertising 'Friel's to Go' sits outside the school, offering local flavour to an exploding mobile catering industry.

Light snow begins to fall as I head back over the bridge. A pink Fiat brings a splash of colour to the street as grey clouds swell overhead.

Outside McGuigan's Garage, Kieran McGuigan says the pandemic has taken on a personal edge for him and his family.

“I had Covid myself, and so did my family, but we have all recovered. It's been a strange time. Once you get that [positive] result back, you just don't know what's in front of you.” he tells me.

“Other families haven't, and it's been a tough time for everybody. Business-wise, we're just tipping away and doing what we can.

“Covid affects different people in different ways. I was off my feet, in bed for a week with the fatigue and no energy or appetite.

“My wife and the kids had it too, and my mother-in-law had to go into hospital with it for ten days, but thankfully she's okay now.” 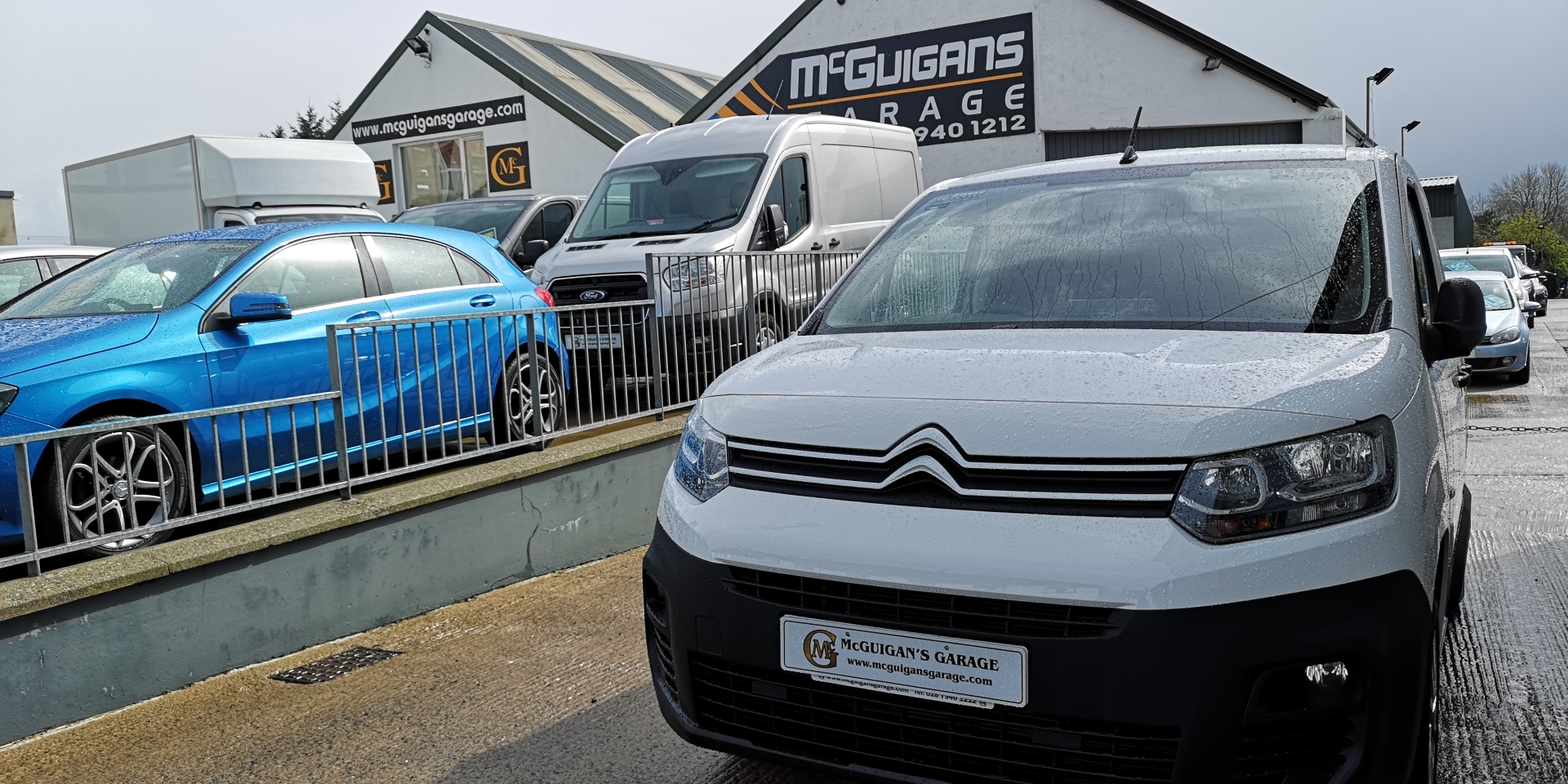 McGuigan's garage has adapted to the restrictions as they have been introduced.

Kieran pauses to wave a customer around the one-way system introduced with the onset of the pandemic. McGuigan's have had to adapt like everyone else.

“It's all one-way and it's appointment only now,” he says.

“It's easier managed, you don't want too many people on the premises at the same time. I've a routine every morning and evening where I wipe everything down.

“You have your signs up, you do what you can and you bring as little people inside as possible. We're managing it and doing what we can.

“The car sales will be open on Monday morning again. Vans and pick-ups have been very busy, but it's going to be great to get opened up to do test drives again and meeting people face-to-face.

“People enjoy the process, it's part and parcel of the business. When they're spending that amount of money, it's a big step and you can't take them for granted.”

Kieran admits not being able to physically meet up with friends has been tough, but says last year's lockdown had a galvanising effect on the community.

“There are boys I haven't seen since the bars shut. You'd be texting boys, but it's not the same having the craic in a WhatsApp group,” he says.

“Having the banter over a beer or even getting to a football match is missed. Last year, Swatragh had five games and I was at every one of them.

“The year before, I was only at a few of them, but it was just the fact you could get out, so you made a point of going to them.

“The local GAA club did a lot for the community throughout the 12 months. They were offering to pick up groceries for people that were isolated and delivered meals.

“My mum is 88 years of age and got it a few times, and that was done by Davitt's. It's the heart of the community. Everything revolves around it and it brings everybody together.” 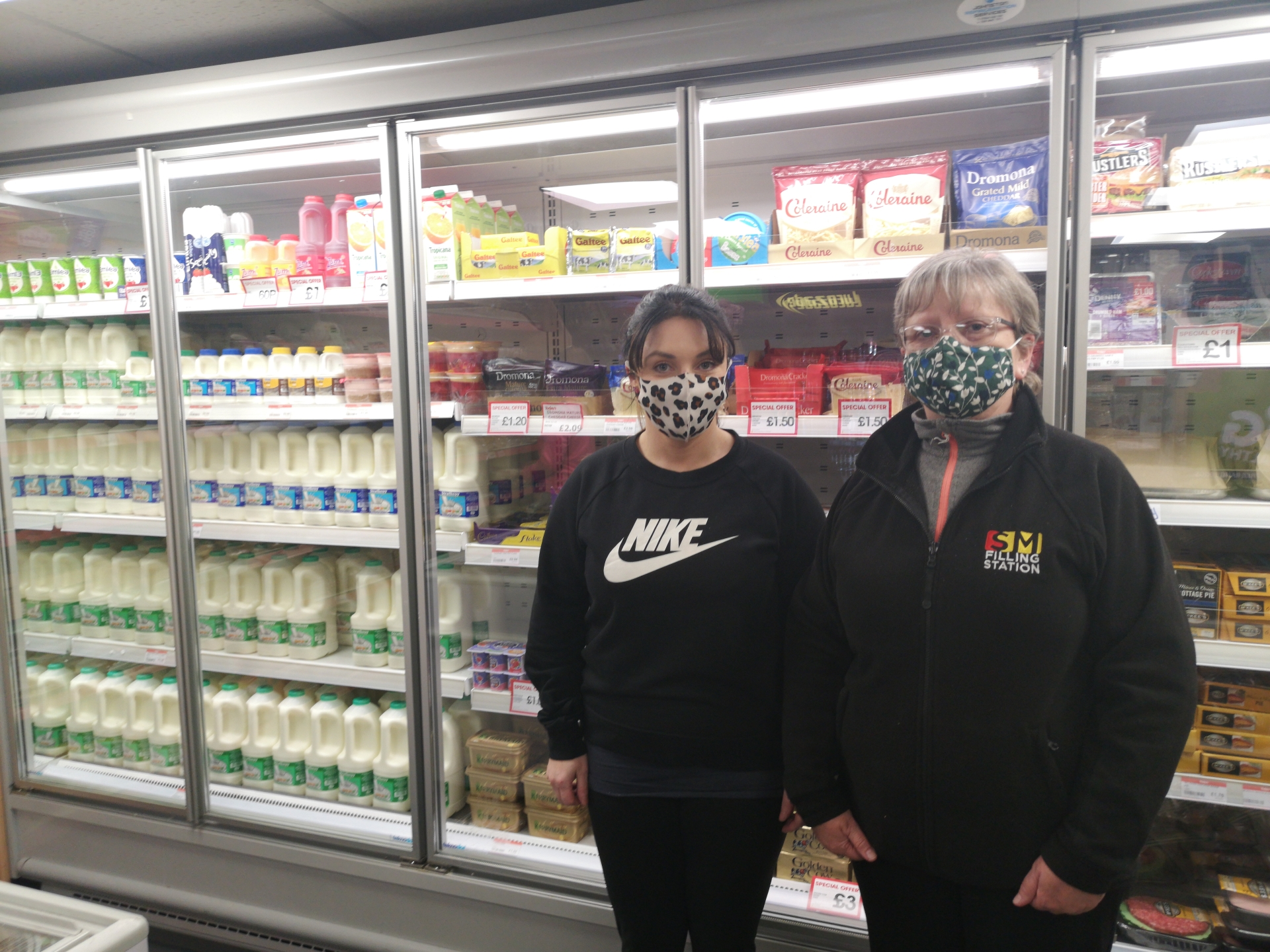 Sinéad McErlean and Fran O'Kane from SM Filling Station on the Kilrea Road.

After indulging in the glamour of being a reporter on the road and conducting a Zoom interview in the car, I head down Kilrea Road to SM Filling Station.

A few minutes of to-and-fro with Sinéad and a phone call with Sean and I'm chatting to Fran O'Kane, who tells me the ongoing vaccination programme is lifting people's spirits.

“I think people are more hopeful now because of the jab, they're more upbeat as it's been rolled out,” she says.

“I have had the first one. It was a bit of a relief, but it'll be better when I get the second one. You're meeting so many people in here all the time.”

The busy service station found itself with the responsibility of being essential retail, but Fran says the extra regulations quickly became part and parcel of doing business.

“It's busier now again than it had been. It was very quiet early on in January but things have really picked up now and we're a lot busier,” she says.

“You always had that bit of nervousness and were very aware not to stand too near, or to sanitise your hands, especially with handling money and everything.

“It was difficult, but as time went on it just became matter-of-fact and you just do it now every time you serve somebody. You adapt and get used to it.

“Even outside, you're still inclined to pull back. I'd say 99% of customers are wearing the masks, but you do get that odd one that doesn't wear it.” 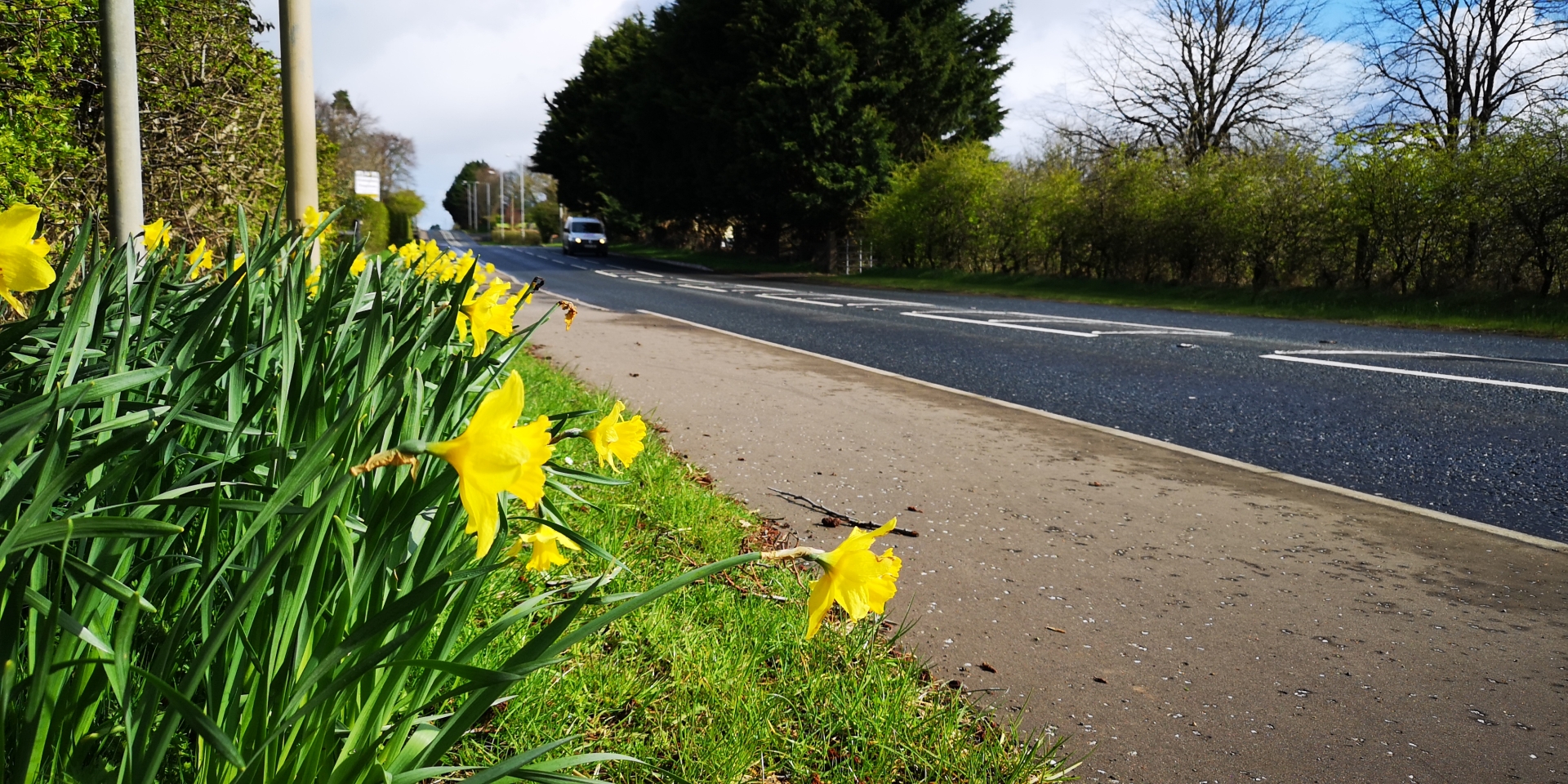 Fran has noticed an upturn in people out walking, but is already turning her attention to more trivial matters as normality draws nearer.

“I would walk the dog anyway, and you used to meet nobody out, but now you're meeting people a lot more,” she says.

“I need a trim and a colour done,” she adds.

The 'stay at home' message has now officially been discontinued by the NI Executive, but it has been moot for weeks.

A return to group training will come as a welcomed relief to sportspeople throughout the county, and summer feels a lot closer now than it did last week.

At the weekend, the Department of Health announced over one million vaccines had been administered, between first and second doses.

As Kieran McGuigan shows customers around the garage courtyard this week, Swatragh will be one small step closer to the end of the pandemic. 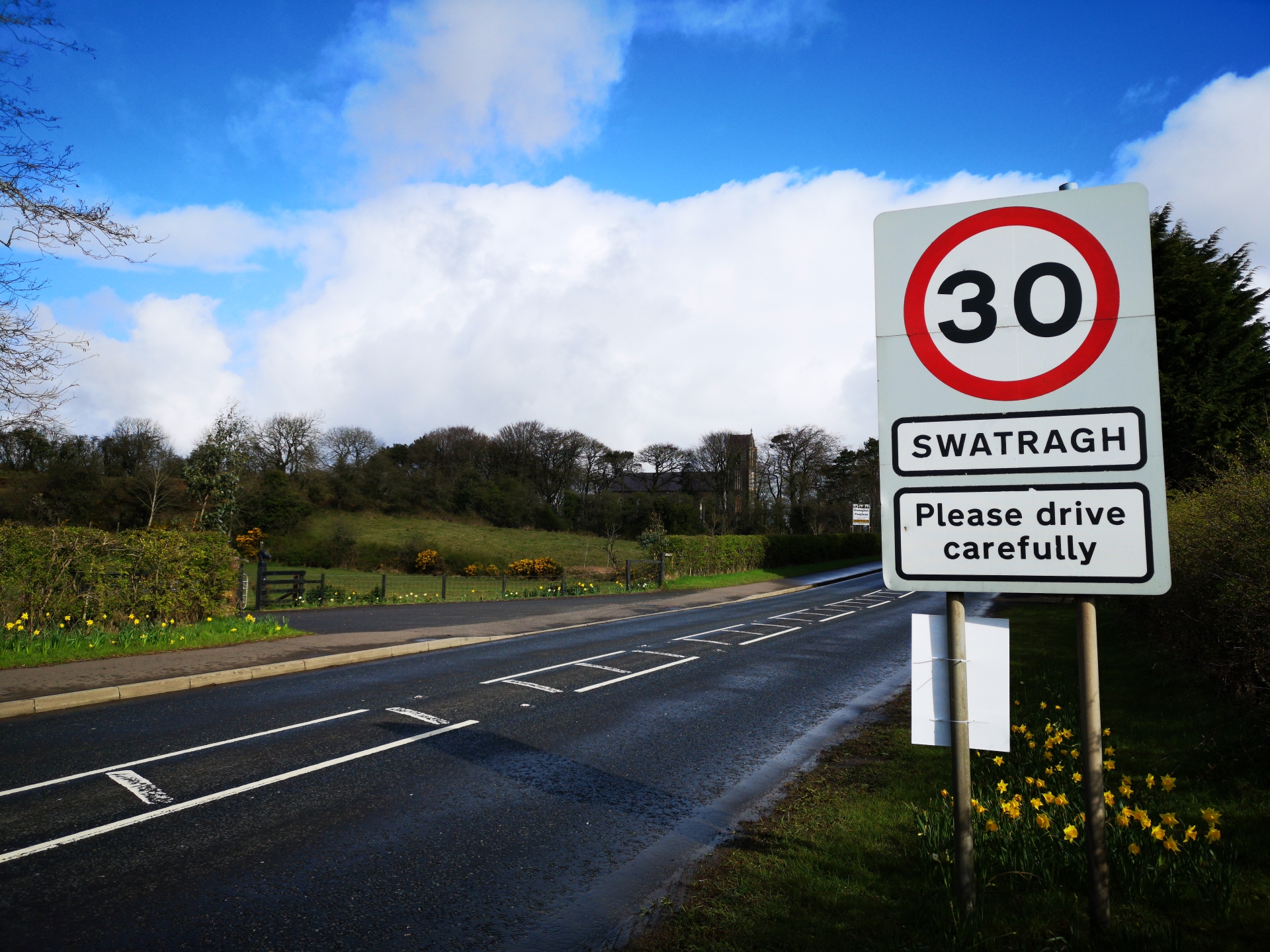